News
Business
Movies
Sports
Cricket
Get Ahead
Money Tips
Shopping
Sign in  |  Create a Rediffmail account
Rediff.com  » Movies » Karan Johar: I couldn't have made a film as good as Lunchbox

Karan Johar: I couldn't have made a film as good as Lunchbox A film like Ritesh Batra’s directorial debut The Lunchbox is sure to leave you hungry. And I don’t just mean it whets your cinematic appetite, but just seeing scene after scene of well masala’d home cooking being discussed, praised and eaten with relish makes it a film that leaves you starving -- it also leaves you awestruck, but that is a matter to discuss in the review later.

For now, we watched the film in a Mumbai theatre and walked gratefully out to a much needed lunch, in keeping with the film’s title.

Producer and poster-woman for Indian independent cinema Guneet Monga took the stage first, explaining how momentous it was that India and France signed a treaty in 1984 to make films together, but that Lunchbox was the first actual co-production between the countries, nearly 30 years later. Besides India and France, there are several co-producers to the film -- 16 in total -- which include Monga, Karan Johar, Siddharth Roy Kapur and for the first time, the film’s leading man Irrfan Khan.

Lunchbox is the first Hindi film to be picked up by Sony Pictures Classics for American distribution since 2001’s Lagaan, and both Monga and Johar talked up the possibility for this movie getting a good push at the Oscars. The film stars Irrfan Khan, Nawazuddin Siddiqui and newcomer Nimrat Kaur, and Johar introduced the talented new actress on stage by saying all the marketing kids at Dharma Productions had the biggest crush on Nimrat.

The film’s director Ritesh Batra spoke of how he’d based the film on various small life experiences but that he writes really slowly. The film’s makers are confident that Lunchbox can reach audiences across the country, and so the film is getting a very wide release -- much wider than say Ship of Theseus, another critical darling. This is because Lunchbox is a much more universally appealing film, said Roy Kapoor.v On being asked if he’s ever fallen in love without meeting the other person -- like his character does in the film -- Irrfan said he does it every day. “Roz hi pyaar mein padta hoon.”

On being asked if he’d ever found love like the characters in the film, Karan Johar said that he waits “for the dabba everyday, but my dabba comes from my mother.”

Johar heaped praise on the film, saying that it was a very superior product in terms of content and storytelling than most films in the Dharma stable, and that when he saw the film, he decided to associate himself with it. “Because I’m not capable of making a film like this.”

It’s high praise indeed, but The Lunchbox -- releasing across India on September 20 -- truly holds the potential to become something very special indeed.

And in closing, when told that only movies starring Khans become big in the hinterland, Johar boasted “We have Irrfan Khan.” 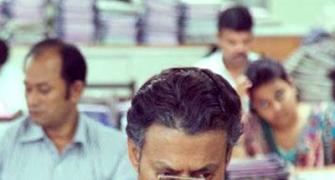 Will THIS film be the next Ship Of Theseus? 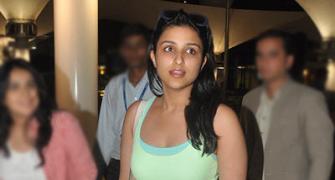 At the airport: Parineeti, Vidya Balan, SRK return from Macau 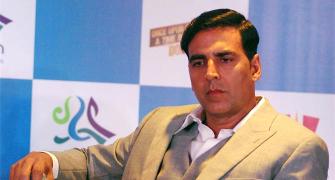 Akshay Kumar: Rapists do not deserve any human rights of sympathy 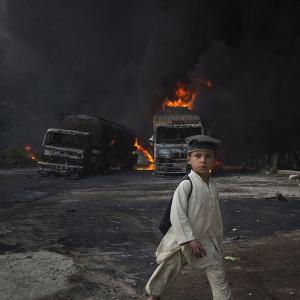 These 16 nations have been a total failure!