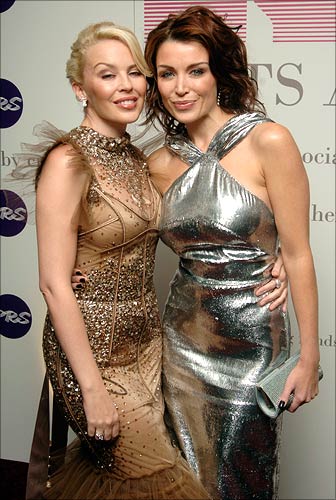 Pop star Kylie Minogue is planning to walk down the aisle at the same time when younger sis Dannii ties the knot, it has emerged.

Kylie, 41, is seeing Spanish model Andres Velencoso and has reportedly bought a luxury apartment in Andres' hometown of Tossa De Mar in Spain.

Dannii, 37, is going out with rugby star-turned-model Kris Smith.

The Spinning Around singer had hinted earlier this year that she was ready for marriage.

She had said: 'I'm happier with him than I ever have been before. He could be The One.'

News.com.au quoted a source as telling Look magazine: 'The girls have been joking for years about racing each other down the aisle, but now it looks like it could come true.

'Dannii has been telling pals she has always dreamed of having a joint wedding with her big sister, and this is the first time both sisters have been blissfully happy in relationships at the same time.'

The source said parents of the celebrity sisters were overjoyed by the idea of seeing them together in their wedding trousseau at their hometown of Melbourne.

The insider added: 'Nothing would make Kylie and Dannii's parents happier than to see their girls get hitched back home in Melbourne. The most likely venues include the Marquis of Lothian's elegant estate Melbourne Hall or at the Domaine Chandon vineyard in the Yarra Valley, not far from the city.

'There is already talk of wedding dresses, with Dannii leaning towards Australian designer Collette Dinnigan, while Kylie is torn between going vintage or calling on her designer pal Matthew Williamson.' 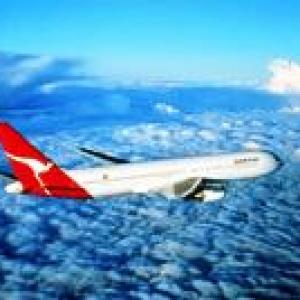 A pat on the back for Satyam from Qantas