John Abraham Wants A Woman To Beat Him Up

'Let's get a woman to be the antagonist, who really throws me around and hammers the s**t out of me. That would be fun.' John Abraham told us he is "not in the business of selling crap".

And he sticks to his promise in his latest film, Attack. Like our review observes, the actor is quite impressive in the actioner.

"For me, India's heroism doesn't come from waving the flag. That's jingoistic. For me, what is cool about India is that it is smart enough to understand its oldest ally has always been Russia. So it has abstained from the Russia-Ukraine war," John tells Rediff.com Contributor Sameena Razzaq in the concluding segment of a riveting two-part interview.

Over the years, you have modeled yourself as a modern patriot through your films. You have become the Manoj Kumar of Gen Z. Is that a conscious effort?

I thought that was Akshay (Kumar)!

For me, India's heroism doesn't come from waving the flag. That's jingoistic.

For me, what is cool about India is that it is smart enough to understand its oldest ally has always been Russia. So it has abstained from the Russia-Ukraine war.

I am just giving an idea. I am not saying this is the government's stand.

America can go in any direction.

They can pull anything from under your feet and India has recognised that. So for me, that is heroism. India ne sahi kiya.

India should not get into the pressure of giving a vote against Russia now.

I am not saying I stand for the war.

For me, modern heroism is showing where India is positioned in the world ecosystem, where a modern person will understand why India is the greatest country.

Today, Elon Musk is making something called the neuro link, which he is implanting in people's hands by 2023.

He is saying SIM card, PAN card, Aadhar card ki kya zaroorat hai. put everything in your hand, so wherever you go, just scan it.

Why I made Attack is because DRDO (Defence Research and Development Organisation) is making exo skeletons for the Indian Army, which means we are making super soldiers because we are saying bahut collateral damage ho gaya, itne saare log mar gaye hai Kargil aur Siachen mein. let's create our own super soldier with artificial intelligence.

So what I am making is relevant today.

In my own little way, I am making a humble attempt to make something that will make India proud.

I hope our industry and people support a different kind of cinema.

If you don't support this kind of cinema, we will belt out the crap you are seeing. That's the last thing we want to do, but we are all doing it. Will you direct someday?

I don't know when, but I will want to direct one day.

I think I have it in me.

I think I could make a decent film.

The question you probably ask me next is would I direct myself in it? The answer is no. Most actors charge around 50 percent of the budget of the film. You seem to be an exception to this rule. How have you managed to stay so unaffected by the greed and profit-based economics of Bollywood?

I am glad you asked me that.

You are absolutely right. Fifty percent of the budget, if not more, goes to the actor.

In the case of Attack, because it's a pet project for me, John Abraham has made zero money.

We have spent money on the film.

I am not complaining because I have got a fantastic partner in (Producer) Jayantilal Gada.

I remember this conversation we had after the second wave hit. He said in Gujarati, 'Aave second wave thayu ane apna paas paisa nathi (This second wave has come and we don't have money). We have to cut the budget.'

It took me one second to say of course, cut it.

What he didn't realise is what he cut is what I would have had to spend, and I did.

When you see a film like Attack or Parmanu or Batla House, where my heart is involved, you will say he has put his money where his mouth is.

Interestingly, Mr Gada has distributed Attack as well as RRR, which released the previous week. Don't you think this clash could have been avoided?

Mr Gada has definitely funded RRR, but I think its release date was probably not his decision.

Attack, on the other hand, is completely his baby, in terms of deciding when to release it.

We knew when RRR was releasing. We felt the best way to do this was to release Attack in the time zone we were given in, so we would have a solo release that week.

We have a two week run till the next big film, K.G.F: Chapter 2.

A lot of actors attend political events, but we don't see you endorse politics in any way. Isn't there pressure sometimes to do that?

But do I understand politics? I probably understand it more than anybody.

I understand everything in this country and in the world because I read so much.

Am I politically inclined? No.

There is pressure sometimes, but I don't succumb.

I don't listen to anybody.

I don't listen to my producer sometimes when he insists on making a film I don't believe in. You have done successful comedies in the past. Will we see you in that space again?

I want to do comedy.

Just recently, after so many years, I watched Garam Masala with my office staff. I was so happy that I started missing Akshay.

I know if I call him and say Garam Masala banate hai, he will say bana de tu.

We are planning something interesting.

If I do comedy, it has to be like Kingsman.

It has to be very cool where he is not being funny, but the situations are funny. There is also high octane action, so it becomes an action comedy. You always beat up the guys. Don't you think it's time to get beaten up by a woman for a change in a film?

I said listen, I am only fighting guys.

Let's throw women's lib out of the window and get a woman to be the antagonist, who really throws me around and hammers the s**t out of me. That would be fun.

Honestly, today, I feel a man doesn't need to open the door for a woman.

Today, a woman can open the door for a man.

She is really powerful.

I don't want to say too much on this idea otherwise someone else will make it!

The remake of Ayyappanum Koshiyum, starring Arjun Kapoor and you, has been pushed forward.

Yes, because Pathan got delayed.

I was supposed to finish Pathan in December, but I will finish it in April.

So I have lost everybody's dates, including the director's, and that film has been pushed indefinitely.

You have some six combat sequences with Shah Rukh Khan in Pathan. You just got back from the Spain schedule of the film. Would you give us a glimpse into all that action?

I am not in a position to speak about Pathan.

I can only tell you that Shah Rukh is a darling.

He is lovely and you will be excited to see him back. 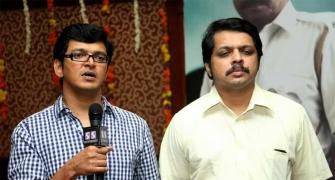 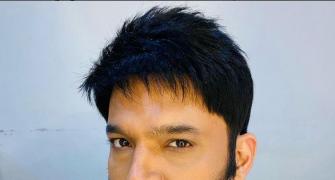 How Kapil Went To Hell And Came Back 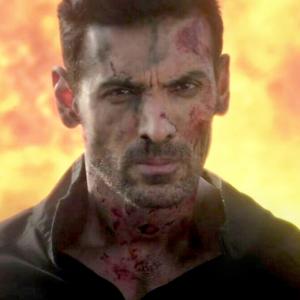 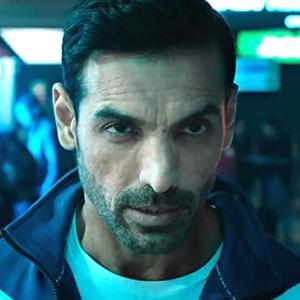 'I'm not in the business of selling crap'