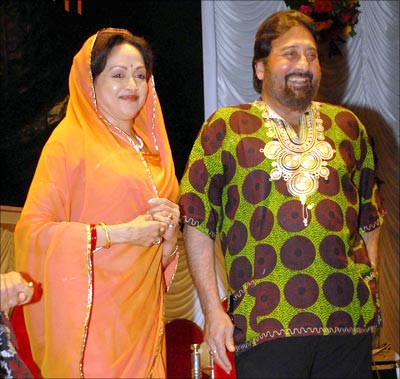 Just when we were wondering what our Dream Girl is up to, Hema Malini decided to surprise us yet again.

The BJP MP will play Rajmata Vijayaraje Scindhia while Vinod Khanna will play her husband, Jivajirao.

A member of the Rajya Sabha, Sushma Swaraj, Vasundhara Raje, members of Rajmata Vijayaraje Scindia Smriti Trust, Gopinath Munde and Shivraj Singh Chauhan were among others present at the film's mahurat in Mumbai on Tuesday.