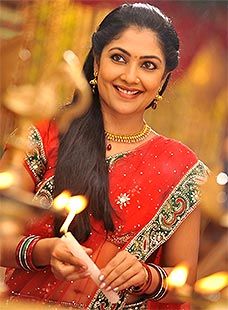 Kamalinee Mukherjee is choosy about her roles in Telugu cinema. She has acted in Anand, Godavari, Gamyam, Gopi Gopika and Godavari.

She hasreprised her role of Janaki in Gamyam in its remake in Kannada (Saavari) and Tamil (Kaadhalna Summa Illai). She has also acted in Shaji N Karun’s Kuttu Sranku (Malayam) and Vettaiyaadu Vilaiyaadu in Tamil.

Her latest is the Telugu film Govindudu Andhari Vadele (GAV) directed by Krishnavamsi. It releases on October 1.

In this exclusive interview with Radhika Rajamani, Kamalinee talks about the film, working with Krishnavamsi and the rest of the cast and her future plans.

Why are you so selective about your Telugu films? You are not seen often in them…

I love the Telugu industry and my audience here. It would make me truly happy to do more Telugu films.

But, honestly, I suffer from a lack of good scripts. The role of the heroine in most films here is purely ornamental.

The real Telugu girl with desires, ambitions, failures and even the most primal of emotions is reduced to the superficial love interest.

It’s fun to play lightweight roles on and off, but I’ve come to terms with the fact that I’m too cerebral to do it continuously.

I am genuinely on the look-out for stand-out characters to play. I’ve been lucky to find them, not only here but in other languages too.

So, it is the script that calls to me and I go where it takes me.

What made you accept Govindudu Andhari Vadele (GAV)? Is it because it was a Krishnavamsi film?

Yes, to begin with, it was a Krishnavamsi (KV) film. I had waited to work with him ever since I lost out on an opportunity earlier.

There are some filmmakers who have a timeless touch with their cinema, their films watched 20 years later with the same emotion and KV Sir is one of them. He makes films about what he knows, the world through his eyes is real in its own, his characters alive and a certain magic about them. I wanted to experience that. And the role of Chitra in itself and a whole new set of actors to interact with had its own draw.

Krishnavamsi generally writes strong roles for women. Could you tell us about your role?

Chitra is unlike any character I’ve done. My initial nervousness about fitting into her brash, naive and rural characterisation had no place before KV Sir’s confidence. He has etched her with care, attending to the little things and I’ve tried my best to portray her, his way.

With roles like Rupa, Sita, Janaki or my other urban characters, I’ve known their lives, their world. With Chitra I enter into the unknown and beyond her very basic emotions as a person, I follow the director’s vision. He knows her better than I do at that point.

What’s so special about GAV?

It’s a film about Family. Indians are family-oriented and the rural parts of our country are enmeshed in family traditions. There is an idealism in that idea of togetherness and GAV works around its attraction. Romance, humour, drama and even action, sprinkled with the directors own magic dust make it a beautiful one.

Are you paired with Srikkanth in the film? This is your second film with him after Virodhi.

Actually it’s our third film together. In Virodhi and GAV we are cast opposite each other but we shared Shirdi Sai which was special to us both. And to tell you the truth I’m still hungry to work with Srikanth again.

I’ve found him to be a sincere, passionate and generous actor besides being a top-notch human being and our screen chemistry is endearing. I watched Bapu garu’s Radha Gopalam and loved both him and Sneha in it. It would be a treat to match up to that. I’ve never judged a role on the basis of scenes but rather its impact or appeal in the story.

Happy Days, Vettaiyadu Veliyadu and even Shirdi Sai  would never have happened if I had. Similarly with Chitra, I’ve tried to bring her alive within the director’s framework. 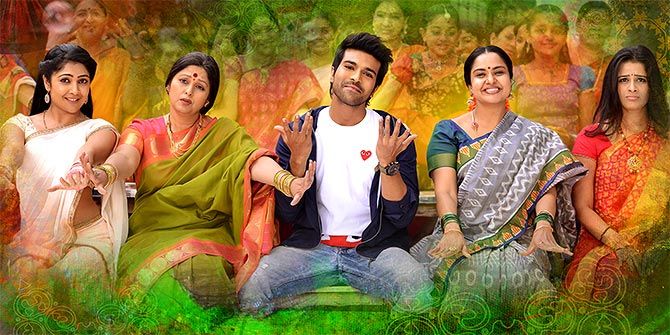 How was it acting with Ram Charan?

Ram is a revelation. He reflects his father’s humility, hard-working nature and larger-than-life persona. Yet there is something of a rebel, an idealist even a fakir in him. His inclination and preparation for film has moulded him into a thinking actor and he's eager to push the boundaries whilst still trying to find his groove as a superstar. The scenes I’ve shared with him were fun to shoot and his quick dancing moves left me absolutely stunned.

How was it working with the rest of the cast?

Kajal is simply marvellous. Her energy, spontaneous performance and open nature makes her an absolute delight as a co-star. This thing about women being catty on a set is actually a myth. We had a blast! Satya with whom I shared Anand, Pragati Ma’am, Kajal and myself bonded like a bunch of school girls and often KV Sir had to pretend to be drastically angry to calm our cackling down! Add to that, the healthy dose of stories from Prakash Raj Sir, JayaSudha Ma’am and the intensity that is Ram,the shoot was an extended adventure!

How was it being directed by Krishnavamsi? Is he a hard taskmaster?

He is everything I thought he would be and more. He pushed me and that doesn’t happen often. He believed I could be his Chitra before I did. When I realised how internalised his version of her was it surprised me. He made me see her through his eyes and trust me there is less of me in her than in most of my other characters. So, yes he is a hard taskmaster where his vision is concerned but on a set he is pure joy with a quick infectious laugh.

On the whole, how was it doing GAV?

We, as actors, are only a small part of the mechanics of the film making process. Beyond our shoot, we have brief glimpses of how it finally stands. It was a charged, positive and genial work atmosphere that I enjoyed. Now I’m waiting to see how it’s come together.

I have to mention Samir Sir our DOP (Director of Photography) here. He has made our film a visual treat! Hyderabad, the gorgeous Pollachi, Kanya Kumari all have been brought to us in an array of colours and textures because of the chemistry between KV and Samir Sir.The shoot in itself outdoors was great and the locations as you see it are pristine and green. From what I’ve seen of the Jordan and London stretch, it’s as vibrant as the rest.

Have you signed any films in Telugu and any other South Indian languages?

I am doing a very interesting song in a Malayalam film right now; a concept and a theme which is totally new to me. And there is a new-age thriller with a debut director in Telugu that I’m rather keen to work on.

But the most important event in my life right now is my sister’s wedding! The first in our family and it’s in December! After which I take off for 3 months to the States to do some soul searching and a short course in baking. So much to do and so little time!! 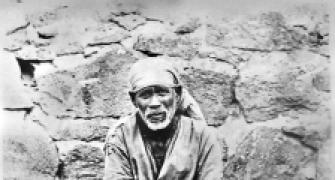 Will you stop worshipping the Shirdi Sai Baba? 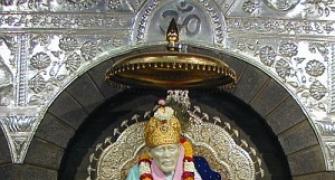 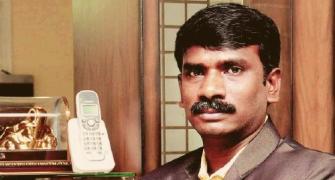 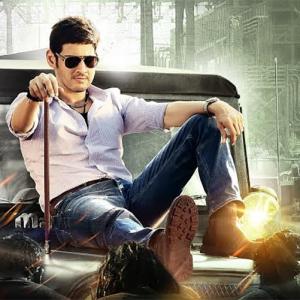 Gear up to welcome the Dussera releases