News
Business
Movies
Sports
Cricket
Get Ahead
Money Tips
Shopping
Sign in  |  Create a Rediffmail account
Rediff.com  » Movies » From Saas-Bahu to 24, how TV is changing the show

From Saas-Bahu to 24, how TV is changing the show 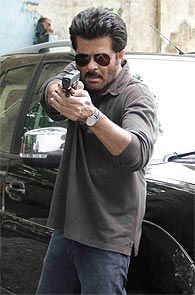 As returns from fiction fall, broadcasters are experimenting with high-cost programming and new genres to grab more eyeballs. But can production houses rise to the challenge?

Yudh, Amitabh Bachchan's first foray into TV fiction on Sony Entertainment Television in July this year, is a gripping if somewhat dark watch. But it didn't quite work.

The second season of another high-profile show, Anil Kapoor's 24, due this year is being watched very closely by almost anyone who matters in the Indian TV industry. The first edition may have been a crackling watch, but was not exactly a hit on primetime television.

Yudh and 24 are not your usual Indian soaps. They are star-powered, high-budget productions that have taken Indian television programming to another level. Each of the episodes costs upwards of Rs 1.25 crore, against the usual Rs 8-10 lakh for 30 minutes of fiction. They are among about half-a-dozen shows that are part of the Rs 43,000-crore Indian television industry's attempt to push the envelope on fiction.

"The baggage of saas-bahu (mother-in-law/daughter-in-law) has gone. There is experimentation with different genres and the rise of non-fiction. Over the next two or three years, the proportion of experimental programming will keep going up," says Sunjoy Waddhwa, chairman and managing director, Sphereorigins Multivision, a production house. "We want to move up the food chain to high-concept fiction like House of Cards," adds Sameer Nair, group CEO, Balaji Telefilms.

Broadcasters are actively investing in this wave of experimentation because "the returns from non-fiction are falling every day," says Nachiket Pantvaidya, senior executive vice-president and business head, Sony. For very long, there was a direct correlation between using a celebrity in a non-fiction show -- Bachchan in Kaun Banega Crorepati or Salman Khan in Bigg Boss -- and ratings and revenues.That no longer holds.

A big fiction show, say Diya aur Baati Hum, now gets twice the viewership of the big non-fiction shows at less than a fourth of the cost per episode. "If we can create high impact fiction at 70 per cent of the cost of a non-fiction show then the returns are better," says Pantvaidya. He also points out that good fiction holds an audience over several seasons, giving the channel enough time to make money on it.

As the market digitises, the need for programming that pulls 160 million TV homes into paying more is getting urgent. There couldn't be a better time to experiment. The big question mark, however, is on the ability of the fragmented content production business to keep up with the challenge.

The battle for scale

From 160 television channels about a decade ago, India now has over 800 channels. About half of them carry original or repackaged programming - news, entertainment, sports, films and so on. Given the three to eight hours of programming these channels need, it is surprising that Balaji at Rs 132 crore is the largest production house. The second biggest is about Rs 50-60 crore and there are lots in the sub-Rs 10-crore range. "Very few people are able to scale up. It is still very much a promoter-entrepreneur-driven business," says Darius Pandole, partner, New Silk Route Advisors. The sector has not attracted a single deal in recent years because investors don't see value in small content play.

The first challenge is talent. "We (the industry) are churning out 300 episodes a year of god-knows-how-many shows, which is a lot of content. There are some good writers but they are all doing too much work. We have the money to have seven shows on air, but getting seven production teams is a problem," says Waddhwa. For a market with an estimated 6,000 odd production houses, one of the most resilient film industries in the world and tonnes of content, this is a strange problem to have. Why are the good writers not on TV? "In India, the first love for any writer is films, though TV pays better and more consistently," says Waddhwa.

The second is the sharing of risks and rewards. A bulk of the programming is commissioned by broadcasters who then own the intellectual property rights, or IPR. Globally, IPR is a trigger for scale. In the United Kingdom, for instance, a 2004 change in trade regulations ensured that IPR is retained by the firm that makes the shows, not the broadcaster. As a result, production companies such as FremantleMedia (Britain's Got Talent, American Idol) or Shine (Masterchef, Got to Dance) became aggressive about creating exportable formats and scaling up.

What about letting producers retain the IPR or giving them a share of revenues/profits or maybe some other deal which splits the rewards between broadcasters and producers? "We are 100 per cent open to different deals but they cannot be on a cost-plus basis. You (a production house) have to sell it to us at a lower price then," says Pantvaidya. Production houses are ambivalent about the idea. "Not all IPR can be monetised, soaps cannot but thrillers and historicals can be," says Abhimanyu Singh, CEO and founder, Contiloe Pictures. "We don't have the infrastructure to monetise IPR," adds Jamnadas Majethia, founder, Hats Off Productions. A Zee or a Viacom18 with its network of global offices are better placed to do that.

Vivek Couto, executive director, Media Partners Asia, points to another way for broadcasters to co-opt producers: buy them out a la global broadcasters. In 2011, Discovery snapped up Betty, an independent UK firm (Dirty Sexy Things, Freaky Eaters). In India, Star dallied briefly with a small stake in Balaji before giving it up. Last year, the Rs 4,422-crore Zee Entertainment created a production house called Essel Vision Productions. It produced 500 hours of programming in 2013-14, only for Zee's channels in Hindi, Marathi and other languages, says CEO, Nittin Keni. The other model could be co-productions. Turner co-produced Chhota Bheem with GreenGold Animation in 2008. Chhota Bheem has gone on to become the biggest show on kids' television in the country.

Just like the creative experimentation, the ones with business models continue. 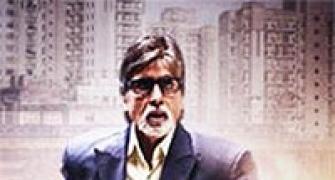 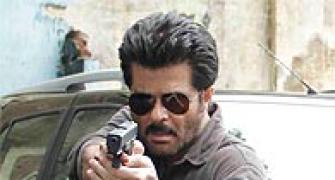 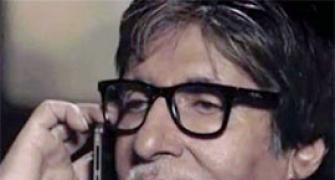 Get ready for Anil Kapoor's 24 Season 2 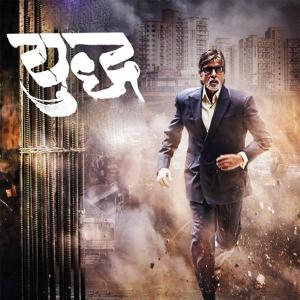 10 Reasons Why Yudh Was A Miserable Failure