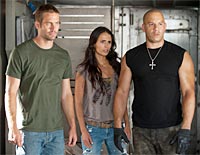 So potent was the Fast Five explosion at the box office over the weekend that its $83 million estimated gross across North America was more than the combined gross of the next 99 films on the box office chart, including the hit Rio.

Worldwide, the film, which is playing in about half a dozen countries abroad and will have a big push next Friday, grossed $45 million, according to distributor Universal. With a $128 million total gross, it was the number one film worldwide. Its box office was enhanced by its performance on more than 120 IMAX screens in America, with single tickets in many theatres going for nearly $20.

Like many action driven films, it will face a steep decline in the second week and yet Hollywood trade pundits expect it to earn at least $500 million, a handsome gross for the $125 million film. A sequel could surely being green-lit.

Another film that opened with a big bang was the special effects driven 3D film Thor, which took a dynamic $83 million in most of the world outside America and Canada, where it will open this Friday.

Thor is not a mere adventure, its director Kenneth Branagh told Newsweek recently. He claims it is a film in which the Norse God Thor is banished from his kingdom by his father and is asked to learn humility and tact that would appeal to the young and older audiences. 'It's an archetypal and mythic ideal: the great walking amongst the common,' Branagh said.

'There's a coming-of-age story, a prodigal-son story, the journey from arrogance to humility. That classical structure for me means a timeless and invisible connection between the contemporary and the traditional.'

The solid openings for the two films -- Thor and Fast Five -- has ended the mostly lackluster box office in North America and the foreign markets. With a number of high profile films due in the next three months, it is going to be more than a robust box office unless one or two films fail spectacularly like it happened recently in the case of the very expensive Mars Need Mom which ended its run with less than $70 million worldwide.

The family-pleaser Rio amassed a stellar $45 million worldwide over the weekend, of which $31.5 million came from outside of North America. With $360 million grossed worldwide, it has a good chance of joining the $500 million club.

The fourth installment of the Pirates of the Caribbean series, which is set for release on May 20 in most parts of the world, in a number of formats including 3D and IMAX, is expected to be one of the top grossers of the season. It will add to the $2.6 billion gross of its predecessors in the movie theatres. The series have taken over $1.5 billion in terms of DVD and ancillary sales.

Called On Stranger Tides, it brings back Johnny Depp as Captain Jack Sparrow along with the franchise's original bad guy, Geoffrey Rush.

It also features -- for the first time in the series -- Penelope Cruz who gets romantic with Captain Jack.

Adding to the excitement would be Ian McShane's villainy.

The film, reportedly costing $200 million, has been directed by Rob Marshall. This film could reinvent his career that started with a bang with Chicago and flopped miserably with another musical, Nine.

Captain Jack Sparrow (Depp) crosses paths with a woman from his past (Cruz), according to the early publicity material for the film, and he's not sure if it's love -- or if she's a ruthless con artist who's using him to find the fabled Fountain of Youth. When she forces him aboard the Queen Anne's Revenge, the ship of the pirate Blackbeard (McShane), Jack is propelled into an unexpected adventure in which he has to deal with his past and Blackbeard.

The movie also a formidable supporting cast including Judi Dench and Richard Griffiths.

May 26 will see the much awaited sequels, The Hangover Part II and Kung Fu Panda 2.

Continuing the misadventures of The Hangover, director Todd Phillips takes Phil (Bradley Cooper), Stu (Ed Helms), and Alan (Zach Galifianakis) to Bangkok for Stu's wedding only to place them in another post-blackout world.

An unexpected monster hit, The Hangover grossed over $460 million worldwide. Even with diminishing returns that hit many sequels, The Hangover Part II is expected to fly beyond $350 million.

Kung Fu Panda 2 is expected to be a bigger hit than other kid friendly movies released this year including Rio and Hop. The original Panda earned over an awesome $630 million worldwide three years ago. The new film has a first time director Jennifer Yuh, who is one of the best known storyboard artists in the animated movie business having worked on Madagascar and the first Kung Fu.

In the new animated film, Po (Jack Black) is confronted by a new villain with a secret weapon. Unless the mystery of the weapon is unlocked, Po and his friends won't have peace in their serene valley. And the villain is not just interested in taking over the valley; the target is the entire kingdom. 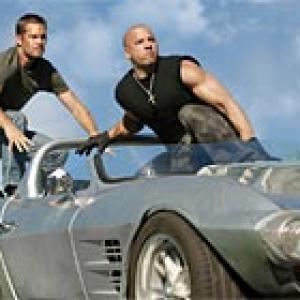