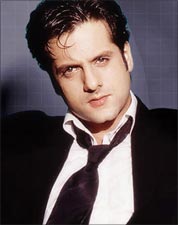 Bollywood actor Fardeen Khan today pleaded not guilty to the charge of attempting to buy cocaine in a 10-year-old case in which a special court framed charges against him and two others.

Against the other two accused--Nasir Karim Sheikh and Tony Hector Gomes-- the court framed charges under section 21 (B) of NDPS act, punishable with imprisonment betweeen one year and 10 years and a fine that may extend up to Rs one

The Dulha Mil Gaya and Jai Veeru actor was arrested by the Narcotics Control Bureau (NCB) from Juhu area of the city in May, 2001 for illegal possession of cocaine. Alleged drug peddlers Shaikh and Gomes were also arrested with him.

While Khan claimed he had attempted to buy only one gram of cocaine from Shaikh, the NCB alleged that nine gram of banned substance was found on Khan and Shaikh.

According to the NDPS Act, less than two gram is considered a small quantity.

A visibly relieved actor later told reporters that he was happy with the court framing charges for a lesser offence. "It is something we have been appealing in the court for the last 10 years. The court has framed charges for attempting to buy 1 gram (of cocaine). I am happy," he said.

'I have it to get fresh': Fardeen Khan