Finally, a smile that reaches the comedian's eyes! 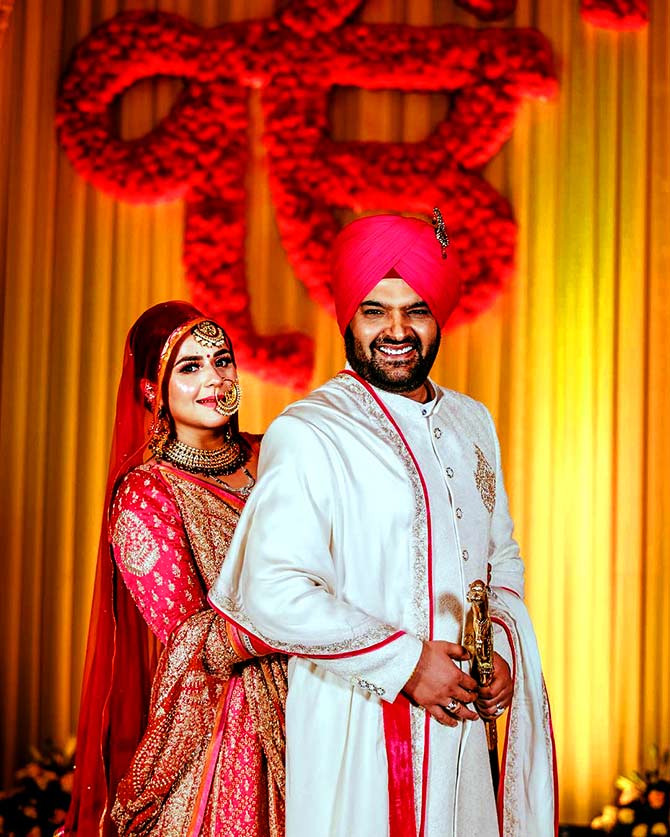 A day after exchanging wedding vows in a Hindu ceremony, Kapil Sharma and Ginni Chatrath had an Anand Karaj ceremony in the bride's hometown, Jalandhar.

The couple complemented each other in pinks and off-whites. While Ginni chose a pink lehenga with heavy embroidery, Kapil wore an off-white sherwani with a pink turban.

Ginni and Kapil have planned two wedding receptions. The first at the Radission Blu, Amritsar, on Friday, December 14 and another in Mumbai, for the comedian's friends and associates from the television and film industries. 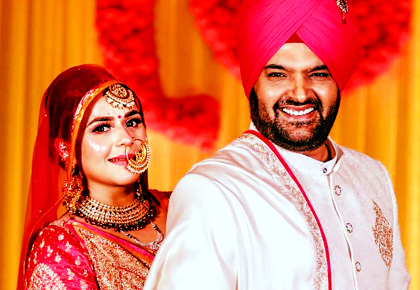 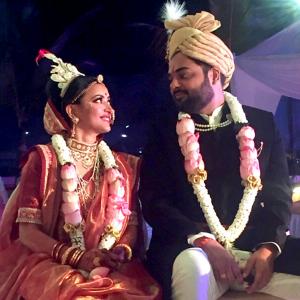 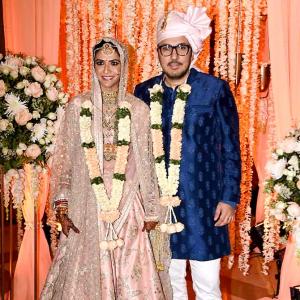 Kriti steals the show at wedding