'I feel amazed I live in Amitabh Bachchan's times'

'Who can forget that a superstar made me comfortable?' 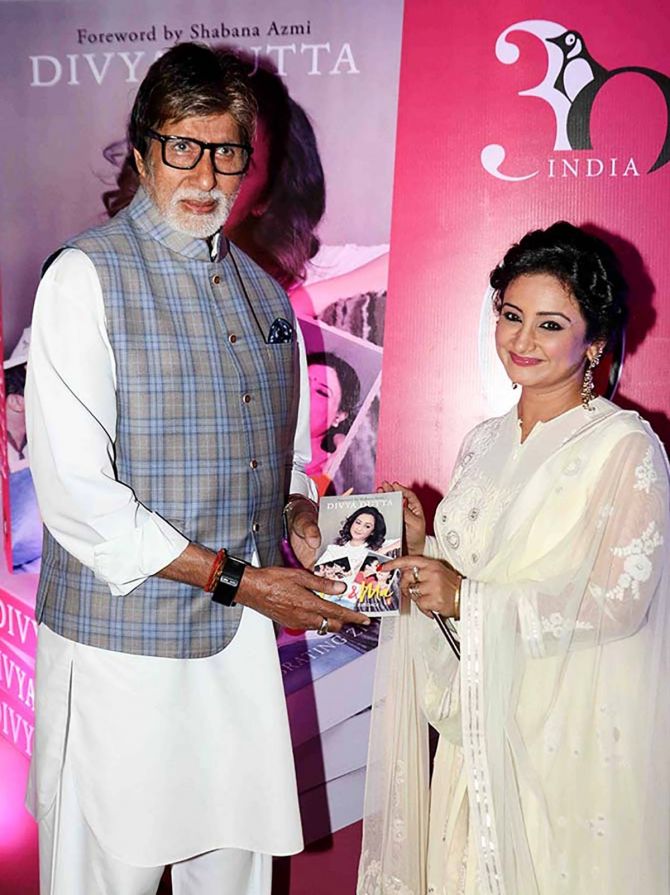 She first starred with the Big B in Baghban and went on to work with him in Badein Miyan Chote Miyan, Veer Zaara, Delhi 6 and The Last Lear.

Bachchan launched her first book Me &Ma. Her second book, The Stars In My Sky, has a foreword by him, as well as a chapter.

Divya tells Patcy N/Rediff.com just how much Amitabh Bachchan means to her: "I have a bond with him, which is inexplicable. I love him so much."

Like many others, he is the reason why I wanted to be in the movies.

When I was small, I would wear my mother's dupatta and sari and tell her, 'I want to dance like him. I want to belong to that big screen, where this tall amazing personality is.'

He totally mesmerised me.

When I came into the movies, the first person our academy visited was Mr Bachchan. He arrived five minutes early, and I was so amazed that somebody is such a stickler for time.

He met everyone personally and I could not utter a word. I just kept looking at him. I did my first film with him, Baghban. I was playing a nasty bahu.

I narrate this incident to everyone.

Every morning, I used to meet him and say a chirpy 'good morning' to him.

I realised that he observes, even though it won't show.

Gradually, I started feeling upset about not being nice to him because after all, I was so fond of him and I was mouthing these mean lines to him.

I didn't know how to disconnect from the role I was playing.

One day, I came home crying.

The next day, I was still sulking at the shoot. I said a very okay 'good morning' to Mr Bachchan.

I went to him.

He said, you know, 'You're being very mean to me in the film and my fans will not like it.' He was laughing.

I became defensive and said, but this is just a role.

I realised this is exactly what he wanted to tell me, that this is just a role.

He was observant enough that he pampered me and gave me sweets.

Who can forget that a superstar made me comfortable? Observing that I was not comfortable with the role I was playing, he made me feel better.

'My equation has changed over the years'

He would rehearse the same scene in different ways.

Then the director (Ravi Chopra) would say, 'Okay, sir, this one;.

He would be ready to rehearse with the newcomers to do it the way the director wanted.

He is absolutely a director's actor.

When I did my first line, I was wondering what he would be thinking of me.

Yes, of course, I was nervous. But I was also thrilled that this is the moment I dreamt of and it's coming true.

My equation has changed over the years, to somebody who can reach out to him and go to his house for Diwali.

I remember he had posted my poem and very sweetly messaged me, asking, if you allow me, I will post your poem.

The poem went viral after he posted it.

These are the little things he does for you.

I feel extremely amazed about the fact that I live in his times.

'I have a bond with him, which is inexplicable' He will be the first to wish you at midnight on your birthday.

This makes people feel special, something everyone will always remember.

He has this amazing impact on everyone he crosses paths with.

I remember when I had written the book Me & Ma, my brother asked me who would you want to launch the book.

I wanted Shabana Azmi to write the foreword and she wrote it.

I said, if dreams come true, I would really like Mr Bachchan to launch it.

I messaged him and all day, I was just looking at the phone.

Within a few hours, I got a message saying, 'Tell me where you want me to come.'

I read that message so many times!

I can't tell you how grateful I was because that book was so special to me. It was a memoir on my mother.

I have a bond with him, which is inexplicable. I love him so much.

'Now, who would have done Paa?' I can't pick a single favourite film of Mr Bachchan's.

Of course, I have to say Sholay.

Mr Natwarlal, Laawaris and Kaala Pathar are the ones I began with.

I loved him in Hrishida's movies (Hrishikesh Mukherjee) like Chupke Chupke and Namak Haram,

Now, who would have done Paa?

Jhund is such a beautiful film and what an amazing performance.

His comedy is amazing. 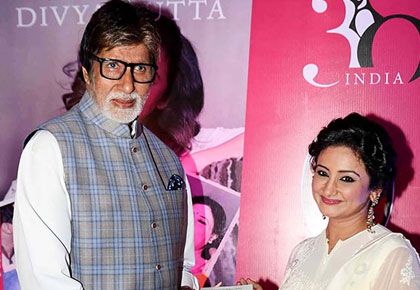 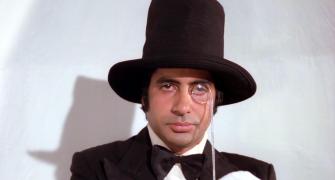 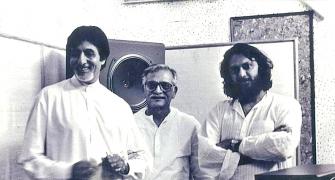 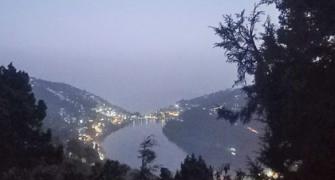 'He's 80, but considers himself young'