Deepika, Anushka, Kalki, Richa get together! 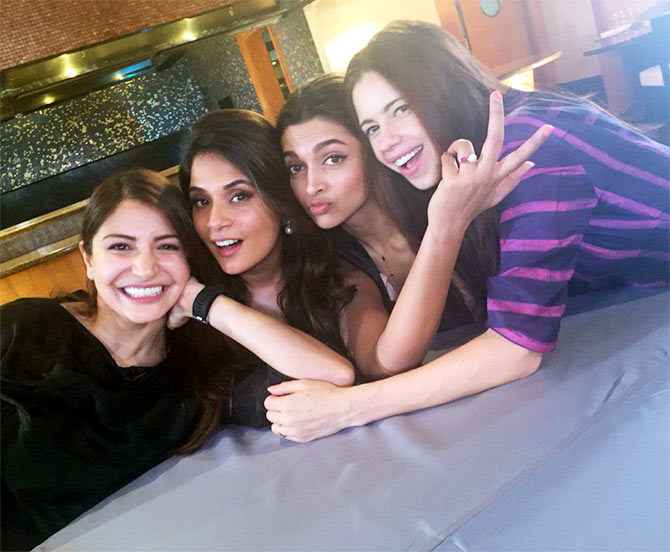 Kalki Koechlin posted a picture, above, and wrote: 'Just girls having fun and yeah, NOT cat fighting. #truthVSfiction'

The show will air on CNN-IBN in December. 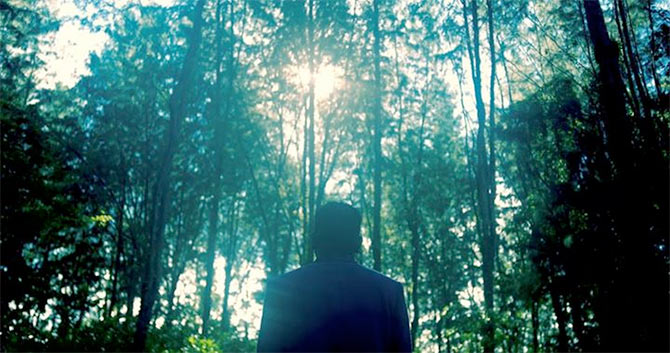 He shared the song on Facebook and wrote: 'Humko Mann Ki Shakti Dena - On this day, in 2008, humanity was tried, tested and annihilated. This song, written by Gulzar with music by Vasant Desai and sung by me is dedicated to all victims of hate... You are welcome to join me in this prayer.'

Biopic Neerja gets a release date 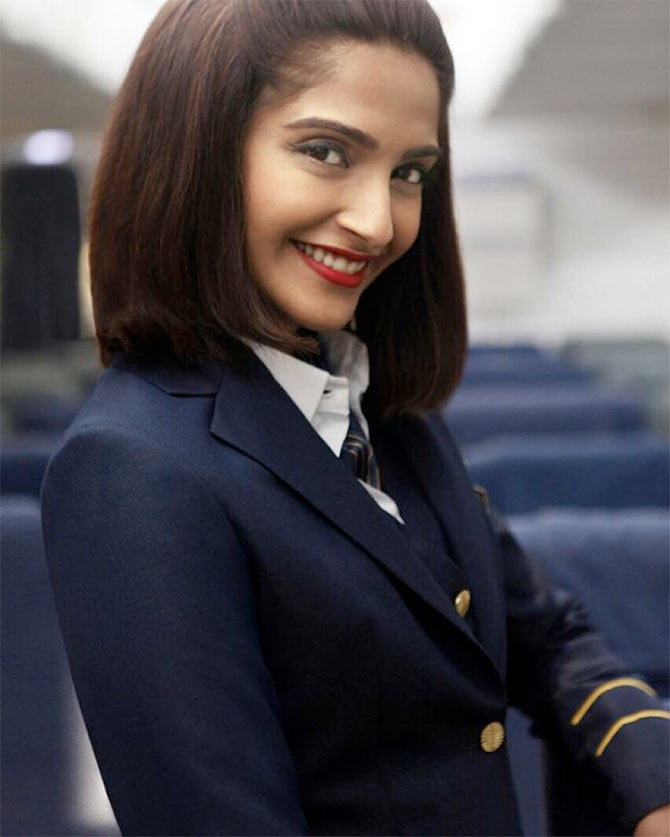 The film's leading lady Sonam Kapoor took to Instagram to confirm the news and wrote: 'A 23 year-old-girl did something extraordinary. #Neerja 's inspirational story is set to release on Feb 19.'

The film is based on the life of Neerja Bhanot, who was shot dead by terrorists, who hijacked the Mumbai-New York flight at Karachi on September 5, 1986. It will also star Shekhar Ravjiani and Shabana Azmi. 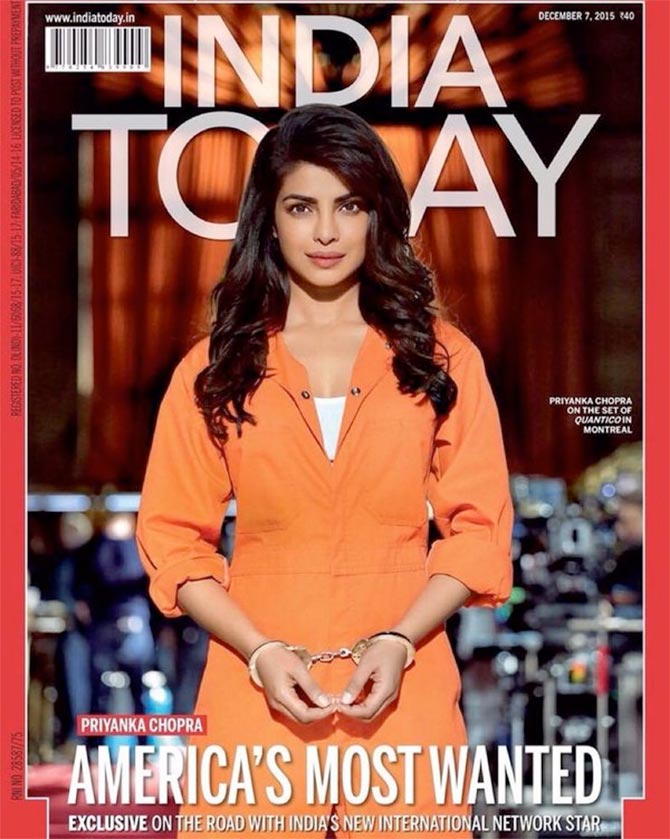 Priyanka Chopra, who is shooting for American TV show Quantico in Montreal, turned to Twitter to share her latest cover.

'This was one cover I always wanted t be on! Thank you @IndiaToday,' she tweeted.

'Happy thanksgiving to everyone celebrating. I have so much to be thankful for.. May God bless us all with his mercy,' she added. 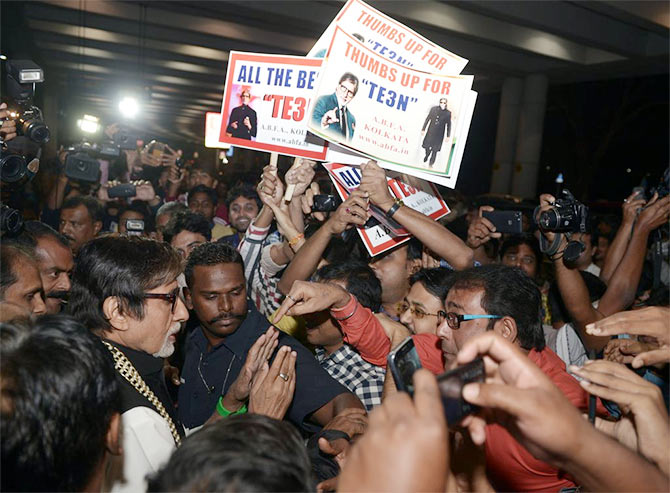 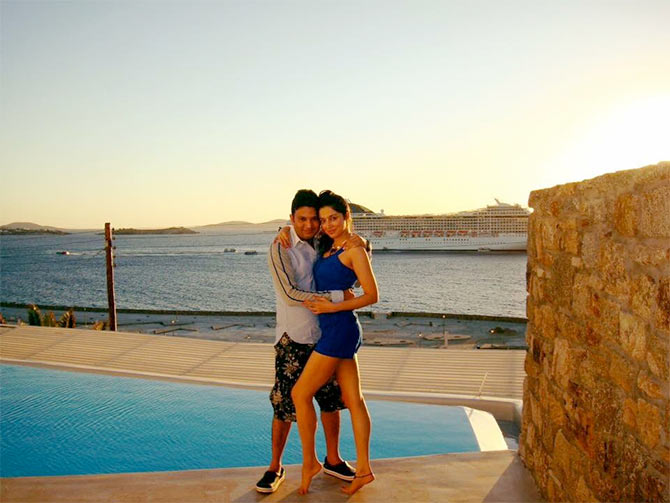 His wife Divya Khosla Kumar took to Twitter to wish him. She posted a picture, above, and wrote: 'Happy Birthday to my bestest friend my husband! Truly blessed to have you. Lots of love.'

When Arjun Kapoor turned into a Spider Man 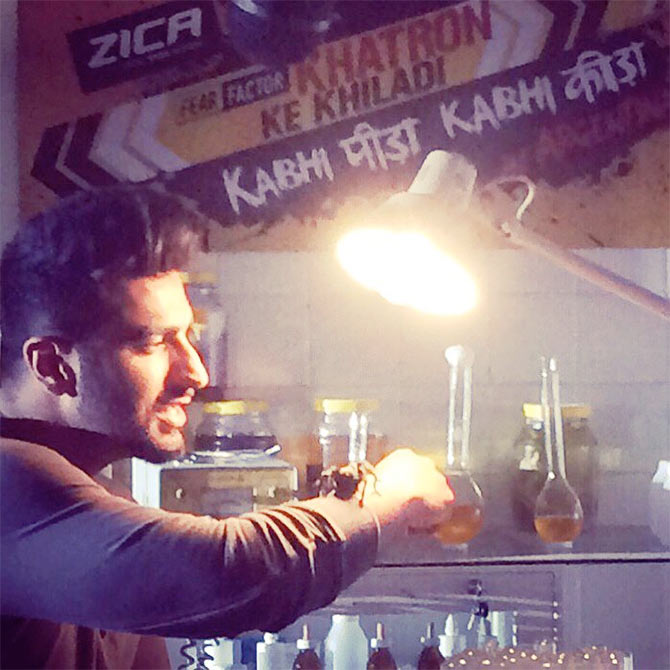 After crocodiles and snakes, Arjun Kapoor had a brush with spiders on the sets of reality show Khatron Ke Khiladi.

He posted a picture, above, and wrote: 'Spider+Man = Spiderman !! Takin the #khatronkekhiladiseason7 tagline quite literally n with the keeda #tarantulas !!'

The show is being shot in Argentina. 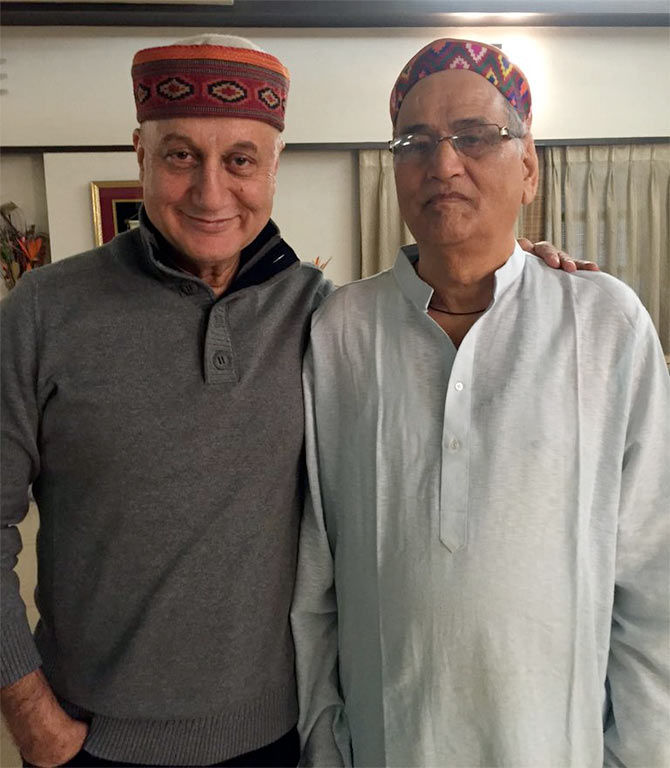 Anupam Kher, who will be playing MS Dhoni's father in biopic MS Dhoni -- The Untold Story, has resumed shooting for the film.

He met up with Dhoni Sr, and posted a picture, above.

'@msdhoni's father Paan Singh ji reminded me of my father. Humble & not affected by his son's success but proud,' he posted. Dancer-actress Lauren Gottlieb celebrated Thanksgiving with her family in the US.

She shared a picture from the celebrations, above, and wrote: 'The Gottlieb Girlz - Happy Thanksgiving from my family to yours! #cousins'