News
Business
Movies
Sports
Cricket
Get Ahead
Money Tips
Shopping
Sign in  |  Create a Rediffmail account
Rediff.com  » Movies » 'Kashmir Files has turned out to be the people's film'

'Kashmir Files has turned out to be the people's film'

'This film has changed me from within.' Vivek Agnihotri's The Kashmir Files has picked up Darshan Kumar from the sidelines to the centre of stardom.

But despite good performances in films like NH10 and Mirza Juuliet, the actor did not get a breakout role.

All that has changed with the hugely successful The Kashmir Files.

Darshan tells Subhash K Jha, "My heart is filled with gratitude...their hugs and tears had moved me from within. I feel blessed to be their voice and do my little bit."

The Kashmir Files is no longer a film, it's a movement. How do you feel being a part of this movement?

This film has turned out to be the people's film and they themselves are supporting and promoting it.

The kind of love and support I'm receiving is unmatched.

My heart is filled with gratitude...their hugs and tears had moved me from within.

I feel blessed to be their voice and do my little bit.

This movie is and shall forever be very close to my heart. 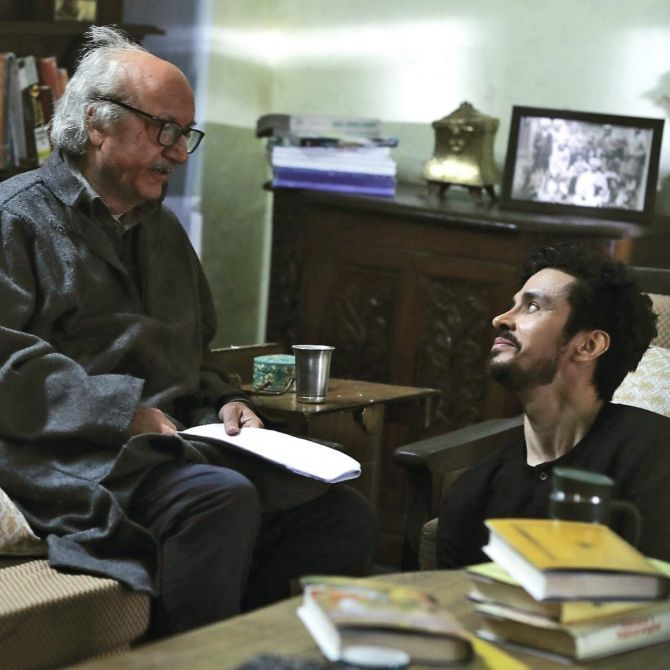 I got a call from casting director Taran Bajaj.

Later, I met Vivekji (Agnihotri, Director) and Pallavi ma'am (the director's wife, actress Pallavi Joshi), who showed me some heart-wrenching videos of the 700 families and told me they are looking for a lead actor to justify this role. They handed me the script, and without a second thought, I said yes.

Were you the first choice? I hear Vivek Agnihotri had a tough time with the casting.

Honestly, I'm not aware because when I was offered the film, I was given the script which I read and I thought it's a true story which needs to be told.

I have no idea about the previous discussions held. You are from Delhi. How much did you know about the Kashmiri Pandits before doing this film?

Frankly speaking, I didn't know much about Kashmiri Pandits.

Saying this, I really feel ashamed of myself.

Just like today's audience, I too was confused and unaware.

I only realised when Vivekji and Pallavi ma'am showed me those videos of the first-generation victims.

I was totally taken aback and that's when I thought the truth should be brought forward and I wanted to be a part of this journey.

How radically did the experience of doing this film change you?

I feel I'm not the same person anymore.

This film has changed me from within.

Just like the pandemic where one virus started in one country and spread all over the world, it taught us to love and care for each other...

The recent Russian-Ukraine war led to a complete market crash which shows the world is one.

Similarly, this movie shows us the brutal truth and pain that inhumanity causes.

This movie has enlightened not only me but the entire public and gives a message to live in harmony and make this world a better place to live in. How much preparation did your monologue on the distinguished ancestry of Kashmiri Pandits require?

The 13-page monologue was the most important and challenging scene for me as an actor.

Right from the first day when I read the script, I was excited and nervous about this scene because I had to convey the reality of Kashmir in a way that everyone could connect with it.

As it was an extremely lengthy scene, Vivek sir told me that he would shoot the scene in patches over a period of two days. But I was worried of breaking the flow.

I wanted to speak from my heart, so that it reaches the hearts of the audience.

I'm happy I could deliver this monologue in one take.

What kind of responses are you getting, especially to the monologue?

I believe what comes from the heart touches the heart.

I am getting some overwhelming response from the audiences, standing ovations, hugs and blessings and that has filled my heart with gratitude. It's been a long hard journey for you since Mary Kom. How do you look back at your seven years of struggle?

It was a roller coaster ride.

Whichever character I played, it was loved by all. But I was always offered the same kind of roles.

I wanted to do something challenging and that took time.

Also, many A-List directors wanted me to play the lead, but producers needed some good numbers at the box office....I am crossing my fingers and hope it changes now.

Do you think the Indian entertainment industry is tough on outsiders?

The Indian entertainment industry is like any other industry.

One has to work really hard to reach the top.

Around four-five years ago, it was a really tough to crack a good role in films but now, thanks to the OTT platforms, things have changed.

There is a demand for real talent.

Audiences are content-driven and are willing and eager to watch realistic cinema.

This has opened many avenues for actors as well as film-makers and given rise to a good cinema, which is beneficial for the so-called outsider as well as the insider.

I have finished shooting for Prakash Jha's Ashram, which is set to stream soon.

I have also completed a T-Series film call Dhokha with R Madhavan, directed by Kookie Gulati. It's a thriller and I'm excited about it. 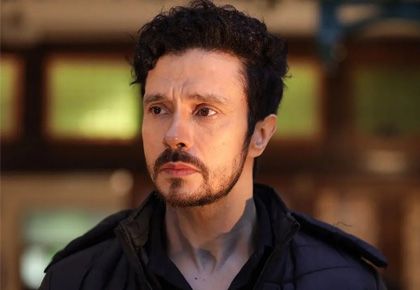 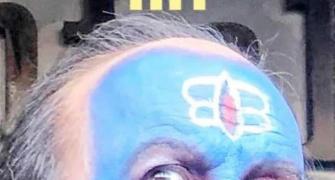 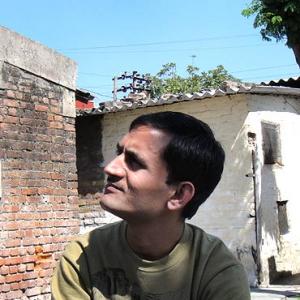