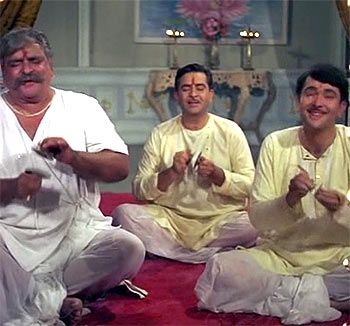 There's something intimate about watching actors related to one another on the big screen.

Even in its fictional skin, it allows audience to imagine how they must be around each other in real life.

Quite a casting coup to witness the Kapoor triad -- Prithviraj, Raj and Randhir -- extend their real-life relationship of father, son and grandson on celluloid, also noted for Randhir's debut as both leading man and director.

(This might be a good time to mention brother Rishi Kapoor and filmmaker Rahul Rawail contributed as assistant directors on the same.)

Only the 1971 family drama came at a time when RK Films wasn't at its flourishing best.

A year before Raj Kapoor's ambitious and expensive Mera Naam Joker had bombed badly and the mood at the studios was far from jubilant.

But when Randhir expressed his desire to wield the baton, his father didn't object.

He had little reason to.

It's a fine premise -- about how a lonely business tycoon (Raj) throwing lavish no-reason parties to keep company suddenly finds himself forced to take sides between his foreign-returned son (Randhir) and country-bound father (Prithviraj) after they come to live under the same roof.

Early on, an argument over breakfast gives ample indication of the conflict in store.

If Randhir was "nervous as hell" while directing the "best actors to work with," it doesn't show. 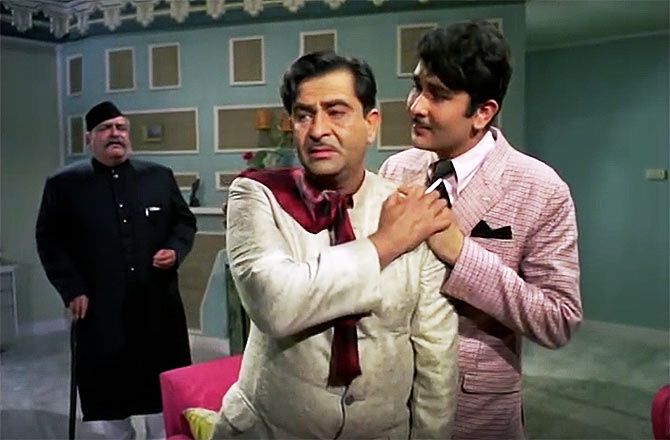 Except in this tradition versus modern scuffle, the perspective is unquestionably one-sided.

There's some attempt to highlight the ignorant, Western-fixated youth ("Rabindranath Tagore? Shantiniketan ka headmaster tha!") but Randhir's Rajesh is largely progressive in his thoughts and sensitive to his father's feelings whereas Prithviraj Kapoor's Diwan Bahadur is more pig-headed than prudent in his unyielding support for convention.

In one scene, the grandson protests from participating in an elaborate religious ritual organised by his grandfather, "Bhagwan ko dil se maana chahiye, yeh sab dhong rachane ki kya zaroorat hai?" (Funny how, from RK to PK, we still need to be reminded of the same?)

To underscore this, immediately another scene involving casteism follows, revealing his evolved sensibility and his grandfather's bigotry.

Although such a dispute's very nature is to be dramatic, Kal Aaj Aur Kal insists we recognise the humour in it by doling out many a comical face-offs for our viewing pleasure.

A farsighted Mehmood could visualise this situation and exploit it in hilarious parody of the troika in Humjoli, which released a year before the original deal.

Even as the clearly scandalised gramps is recovering from the concept of live-in relationships ("Jis din hamare desh mein aisa hua humara sarvanash ho jayega") and daddy dearest is losing sleep over the never-ending baap-beta feud, Randhir zooms off in his shiny silver Buick convertible to serenade college classmate Babita.

Their romance transpires more quickly than a bread slice turns toast aided well by party favourites from the swinging sixties like Venus by Shocking Blue or Tommyy James & The Shondells performing Mony Mony and Jeronimo's Na Na Hey Hey pop up as dance music to showcase the pop obsession of the hippie generation. 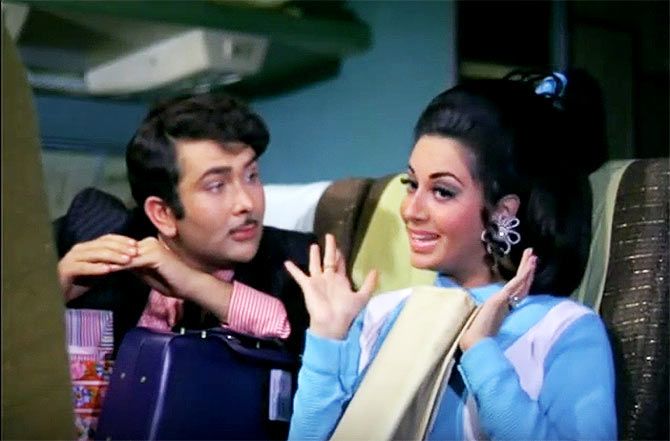 As for their chemistry, it's aptly described in that symbolic frame where they leave behind a stuffed doll and plush monkey.

Like in the movie, they first met on a plane and attended the same college.

The couple was already going steady when Randhir started work on his debut.

Many people thought he cast his girlfriend so that his family would warm up to the future Mrs Randhir Kapoor.

Only here her presence causes a big rift between grandfather and grandson. He wants Randhir to marry the girl of his choice.

Perhaps Prithviraj Kapoor didn't approve of an over styled daughter-in-law? 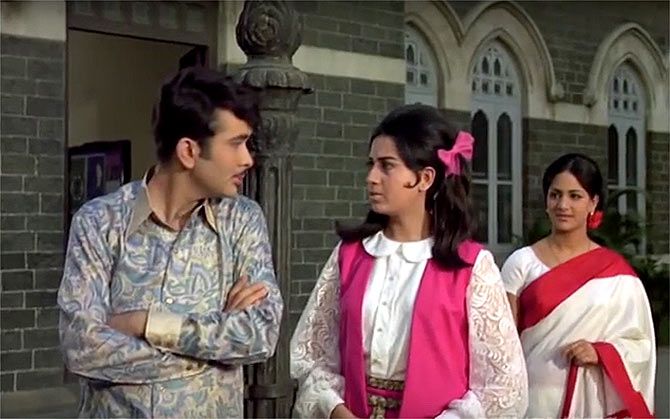 No, it's not the fashion.

It's not because she mistook him for a gardener. (Well at least not deliberately like a certain Lakshmanprasad Sharma.)

Grandpa's funda is simple. Every time he got sick in the village, his friend's daughter served him sabudana ki khichdi. That makes her the Best Bahu Ever.

It's to the veteran actor's credit that he makes his character's deep-rooted shallowness seem silly. And funny.

To what extent you are taken in by his huffing-puffing histrionics depends on how much you like his distinctly overstated disposition.

I find it both amusing and adorable. 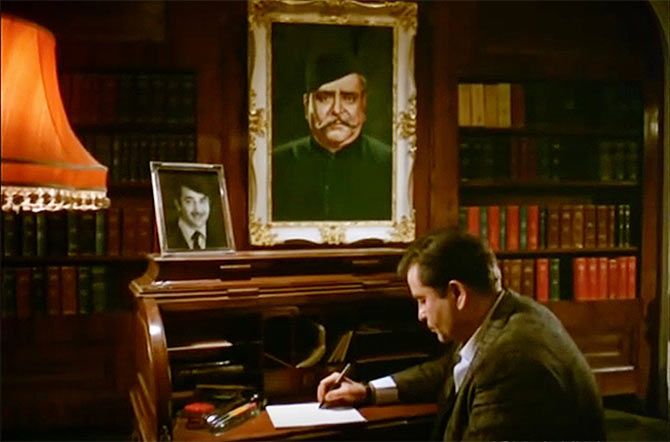 Ultimately what Kal Aaj Aur Kal is driving at is that they're all nice folk but a product of their time and conditioning.

Ideological differences between the two Kapoors on the extreme spectrum reach a point when Raj Kapoor is thrust into a dilemma of picking between his creator and creation.

Desperate, he disappears from the madhouse forcing his father and son to resolve matters.

It gives way for another entertaining round of banter.

What could have wrapped up on a fun, balanced note drags a little more than it should to accommodate a melodramatic discourse on the circle of life. 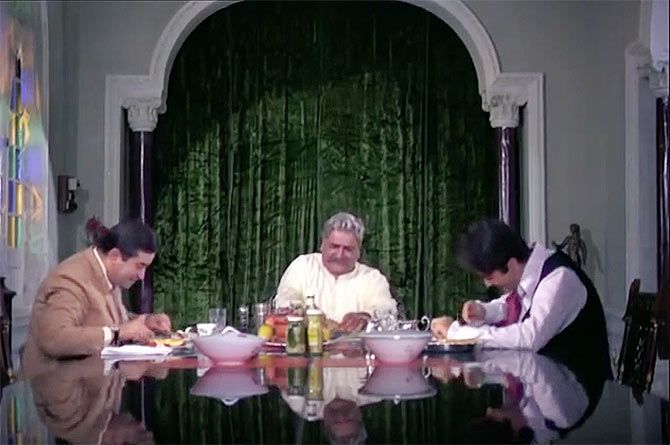 And another where he teases his son trying to fit into the trendy suit he's got him, "Naya zamana itna tang hai toh ismein ghusoonga kaise."

Understated and free from the grating mannerisms, the Raj in Kal Aaj Aur Kal alternately radiates warmth and melancholy as the loving father and devoted son.

His composure stands out even more around a hyper-energetic Randhir who went on to play another avatar of a campus rebel in the breezy Jawani Diwani and direct two more films (Dharam Karam and Henna) for his home banner.

Nonetheless, the really aww-inducing moment comes towards the end when Prithviraj pep talks his son like only a father can to his baby.

It doesn't matter if they really communicated in that manner or not but it's the closest the film comes to expressing the purity of these bonds that'll never go out of style -- kal, aaj or kal. 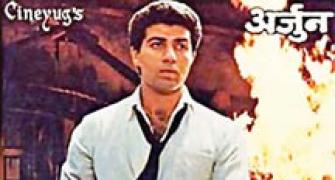 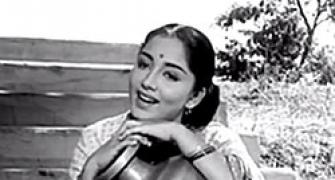 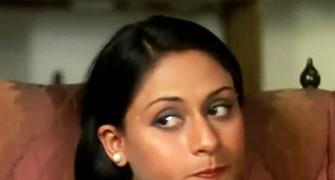 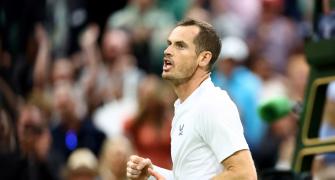 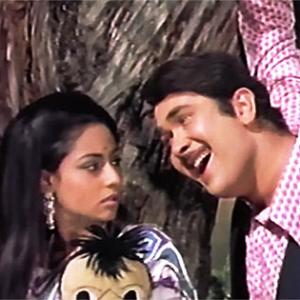 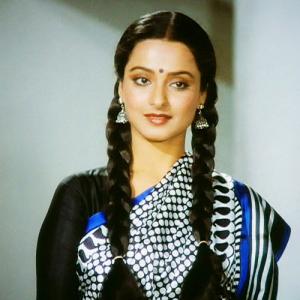