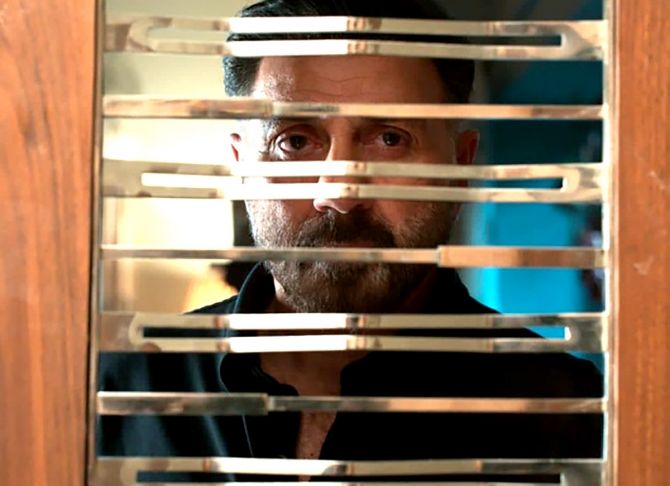 IMAGE: Sunny Deol in Chup: Revenge Of The Artist.

Well, that's one experiment that has paid off.

National Cinema Day was celebrated on Friday, September 23, and ticket prices across 4,000+ screens (multiplexes as well as single screens) were pulled down to a flat rate of Rs 75.

It led to an unbelievable response as over 6.5 million patrons frequented theatres on a single day.

No wonder, the combined footfalls of Brahmastra Part One: Shiva, Chup: Revenge Of The Artist, Avatar, Dhokha: Round D Corner and a few other films set a record as they were only lesser than the likes of KGF: Chapter 2 and Baahubali: The Conclusion.

Houseful signs were visible on online booking apps as well as physical boards all over again. It has been ages since one has seen a phenomenon like this and this is what made September 23 historic. 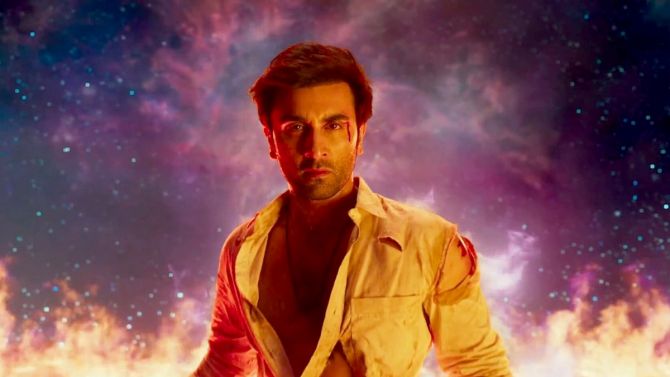 Since it's an established film, there were patrons already waiting to catch it.

A million tickets sold in advance.

There was an expected drop in numbers on Saturday, since a large volume of target audience had been exhausted on Friday and ticket rates became expensive again.

Still, Brahmastra kept up the momentum, Chup hung in there, Avatar was decent and Dhokha had to wait for increase in collections on Sunday to earn an overall good weekend.

Sunday saw an increase in collections.

From here on, the film will break a series of records.

First, the Rs 250 crore milestone would have been crossed as you read this.

Second, it will challenge the lifetime collections of The Kashmir Files (Rs 253 crore/Rs 2.53 billion), and that feat will be accomplished by Tuesday.

The Sunny Deol, Dulquer Salmaan, Shreya Dhanwanthary and Pooja Bhatt starrer has been targeted at niche audiences and it's at premium properties in urban centres where the film has been finding footfalls.

The film would need to be stable though during weekdays as well in order to do an overall reasonable business theatrically.

Given the kind of credentials that it has, the numbers should have been better.

The Kookie Gulati directed crime drama with R Madhavan, Khushalii Kumar, Darshan Kumaar and Aparshakti Khurana has been made at a budget of just around Rs 15 crore (Rs 1.50 million), which means it's safe from the economic point of view. 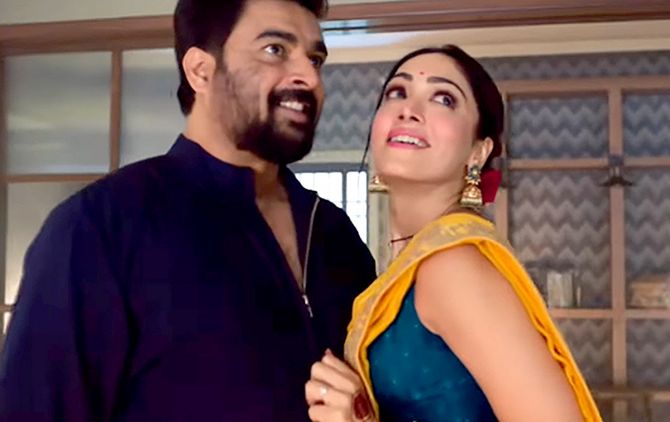 The good news is that multiplexes have re-introduced their generous offer of lower ticket prices for the entire week, right up to Thursday, and hence tickets would be available for just Rs 100.

As a result, added footfalls are expected. 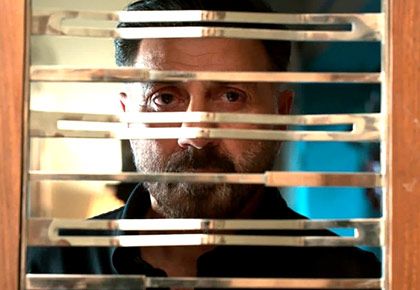 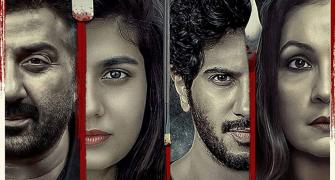 Chup: Revenge of the Artist Review 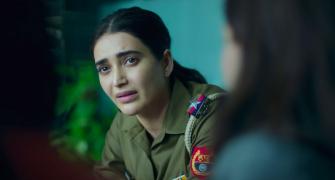 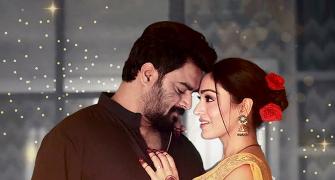 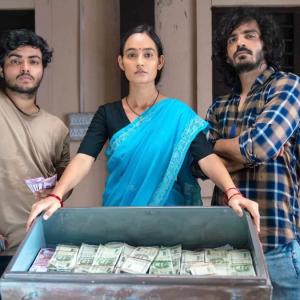 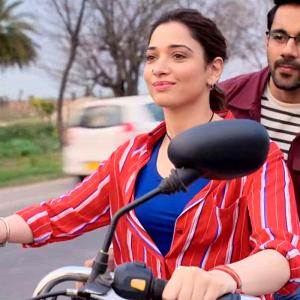