2020 will go down as a rare year which did not see a notable Bollywood debut.

With theatres shut for most of the year, the high profile debuts were shifted to 2021.

Joginder Tuteja looks at the newcomers who will make up the Class of 2021. After Athiya Shetty, it's time for Suniel Shetty's son Ahan to make his Bollywood debut. He will be launched in Tadap.

A remake of the Telugu hit RX100, the film is directed by Milan Luthria.

Producer Sajid Nadiadwala had given Suniel Shetty a break in the 1993 film, Waqt Hamara Hai. Sajid will launch Ahan. The former Miss World has been waiting for her Bollywood debut for a long time.

Yash Raj Films signed her on opposite Akshay Kumar in the magnum opus Prithviraj.

The film got pushed back due to the pandemic, but the shooting has now started. Shalini will be launched by Yash Raj opposite Ranveer Singh in Jayeshbhai Jordaar.

The actress, who starred in the blockbuster Telugu film, Arjun Reddy, has already been seen in the OTT film, Bamfaad. If things had gone according to plan, Lakshya would have made his big screen debut by now.

Still, whenever Dostana 2 releases, it will definitely make a lot of noise, since it's a Karan Johar production. Sharvari was seen in Kabir Khan's Web series, The Forgotten Army. Now, she will make her Bollywood debut in Bunty Aur Babli 2. Bad Boy was announced a while ago with Namashi Chakraborty and Amrin Qureshi.

In fact, the poster and theme, by Himesh Reshammiya, was unveiled as well.

With Raj Kumar Santoshi helming the film, one can expect this it to be a masala affair. Popular singer Shirley Setia has wrapped up the shoot of Sabbir Khan's Nikamma where she is paired with Abhimanyu Dasani.

While one waits to see her on the big screen, she has made her film debut with Maska which premiered on Netflix earlier this year. Shweta Tiwari and Raja Chaudhary's gorgeous daughter will be seen in the Vivek Oberoi thriller, Rosie: The Saffron Chapter.

Petite Palak has an author-backed role in the film, which is based on an incident in Gurgaon. Though Akanksha Singh has worked in films down south and also had a minor role in Badrinath Ki Dulhania, her big Bollywood debut will be in Mayday,

Ajay Devgn not only plays her husband, but and also directs the film. Krystle made heads turn with an author-backed role in Ekta Kapoor's em>Fittrat .

Now, she has bagged her big screen outing, Chehre, a thriller where she shares credits with Amitabh Bachchan and Emraan Hashmi. 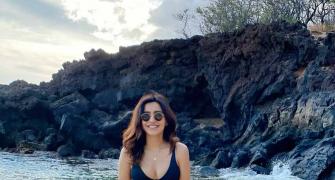 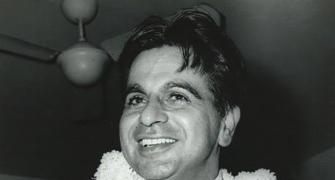