Karan Johar: Relationship with Priyanka is back on track 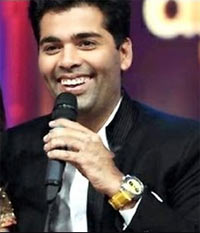 Filmmaker Karan Johar will be a part of the jury for the fifth season of dance reality TV show Jhalak Dikhhla Jaa, along with Madhuri Dixit and choreographer Remo D'Souza.

Karan tells Rajul Hegde which actor's dance he loves to watch, and casting Emraan Hashmi in his next film. He also clarifies why he invited Priyanka Chopra to his 40th birthday bash, and says their relationship is back on track.

What brings you to this show?

I loved Dancing With the Stars. It's a fun format putting non-dancers on a dance platform and then seeing their progress. It's just not the glamour. It's the form, energy and passion they bring it to the table.

I think Jhalak has all these above qualities. Sometimes, you see celebs breaking down due to the pressure, as they are not used to being tested and judged. Those dynamics excite me. I think it's one of the best nonfiction shows on national television.

What is the key factor that you will look at while judging?

It is not the nuance or grammar of dance, it's the energy and passion you bring to your performance. Non-dancers can score for the concept and presentation over the ability to dance.

You are judging a show with the dancing queen of Bollywood, Madhuri Dixit. What are your memories of her?

Bunking my first year of  college to watch Tezaab... missing the song  Ek Do Teen and being very upset... sitting and waiting to see the next show again!

Which actor do you love watching dance, even if they have two left feet?

These days all the actors can dance. But I love watching Kajol dance. She is not been known as a dancer but the kind of energy she brought to the Ooh la la la song from Sapnay, I still love that. Her face dances more than her feet.

What is your style of dancing?

Free flowing Punjabi wedding, baraati style. I think most of them look idiotic when the non-dancers like us dance. But the fun outdoes the glamour of dancing.

Will we see you dancing on the show?

I have been instructed by my mother not to enter the house if I dance on the show. So at the risk of losing my home, and my next meal, I may have to bind my feet together. I request Madhuri and Remo to pull me down every time I want to dance!

You rarely have item numbers in your films.

You have to make an item film to have an item song, and I haven't made that yet.

But in Student Of The Year, every song is like an item number. I would love to do masala films, who doesn't want a blockbuster? I had the time of my life watching Rowdy Rathore. Akshay (Kumar) was fantastic!

Emraan Hashmi is doing your next film. What made you cast him?

Emraan has tremendous talent. Anyone, who has seen Shanghai, is talking about how fabulous he is in the film.

More than anything else, I have great regard and respect for the way he has strategized his career. Though he stays out of the film circuit, he operates on his own terms. That's fascinating. He is a movie star, who has stayed away from the trappings of stardom and written his own success graph.

Did you make any resolutions on your 40th birthday, on May 25?

Not throw a party like this for another decade (smiles).

There are reports that Priyanka Chopra was kept out of the initial guest list but Shah Rukh Khan asked you to invite her.

There is no truth in that.

I have always had a wonderful and warm relation with Priyanka. Actually, I can't keep grudges against anyone for long. When you are fond of people, you tend to deviate from that path. Perhaps both of us did.

Being the older one, I invited her for my birthday party and was touched by her gesture. Without going back to what happened, I would say the relationship is back on track.

Jhalak Dhikhhla Jaa will air on Colors TV from June 16. 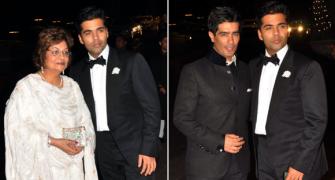 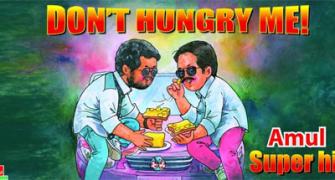 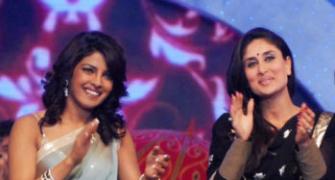 Madhuri: My kids dance to the latest Bollywood numbers 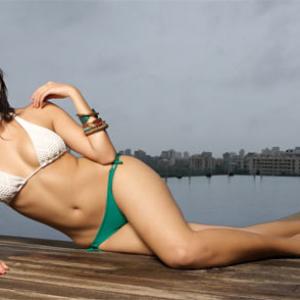