Showbiz and artistry: Can the two co-exist?

The dynamic between showbiz and creativity may well be one domain where the relationship between market forces and society is at its most delicate, says Rajni Bakshi, after attending the three-day Indian Screenwriters Conference in Mumbai

It is a truism that showbiz is driven by the urge to rake in profits. But to what extent can creative expression and innovative story-telling break through the established patterns of money-making?

This old question was very much in the air at the 3rd Indian Screenwriters Conference held in Mumbai from February 25 to 27.

Many film writers wonder if the pressure of what sells has so conditioned their minds that it has restricted the full flow of imagination.

This concern is sharpened by the fact that in terms of hardware the cinema industry has been growing exponentially. Over the late decade the volume of cinema audiences has increased, the advent of multiplexes has created more room for films with a niche audience and overseas markets have been booming.

However, it was in the same period, says script writer Anjum Rajabali, that we saw the depoliticisation of the Indian middle class. Consequently, adds Rajabali who was convener of the conference, entertainment came to mean just fun, pleasure, laughter and a good time: “Tragedies were out, disturbing themes were forbidden, politics was taboo and so were songs with a slower tempo.”

There is an ocean of stories inside us and around us but are we paying attention to either, asked Vinay Shukla, president of the Film Writers’ Association which organised the conference.

For all those who share this concern the three-day conference offered both a reality check and a boost of hopeful energy.

In his address as chief guest at the conference, script and song writer Javed Akhtar acknowledged that scripts are often written for the market. But, he added with passion “scripts can be written to create the market.”

Most panel discussions at the conference grappled with the details of how this conviction can be put into practice.

A panel titled ‘The charge of the new ‘write’ brigade’ brought together many of the young writers who have recently made films with a difference -- including Pubali Chaudhuri, the writer of Rock On! and Kai Po Che; Reema Kagti, writer of Honeymoon Travels and Talaash; Habib Faisal, writer and director of Do Dooni Chaar and Ishaqzaade; Akshat Verma, writer of Delhi Belly; Juhi Chaturvedi, writer of Vicky Donor; and Rakeysh Mehra, writer and director of Rang de Basanti.

There seemed to be a consensus among these young writers that the field of possibility for innovative stories -- within the commercial mainstream cinema -- is growing. All of them expressed confidence and excitement about being able to do more and more films that are not shackled by a very narrow understanding of what sells.

This is an aspiration to be more than just suppliers of raw material to the entertainment industry. It is the longing to be creative story-tellers, chronicling the multi-varied trends and realities of our time.

Above all, the ‘new write brigade’ is saying that they are confident of being true to themselves as story-tellers and also making the film a viable business proposition.

Discussions at the conference indicated that there is much more disagreement about the potential for new themes and creativity in television. It was reiterated by various speakers that the content of television shows is heavily determined by market research which minutely examines the preferences and proclivities of audiences.

Vivek Bahl, chief creative director of Sony Entertainment TV, acknowledged that an assessment of what audiences will accept and prefer plays a big role in programming decisions because television is first and foremost a business. But, he added, there is also awareness about the need to tackle new themes and aim to introduce socially progressive ideas.

Rajesh Dubey, a writer for television and co-convener of the conference, said that many progressive themes are being introduced. Among these, he said, are widow remarriage, opposition to female foeticide and various forms of women’s empowerment.

Judging by responses from the delegates, during the question-answer sessions, there is much dispute on this assessment. Some delegates strongly voiced the view that television programming is caught in a very narrow bandwidth because of the domination of purely commercial considerations.

While the focus of this conference was on the creative challenges of screen-writing, the Film Writers’ Association is actually a union representing the interests of its members. Over the last few years the association has played a major role in gaining more rights for screen writers and ensuring that amendments to the Copyright Act are favourable to film and television writers.

Two representatives of the Writers Guild of America West were also present as guests at this conference. Speaking in the opening session, one of these representatives, Tom Schulman, spoke of how American writers have had a long and hard struggle to acquire rights in the entertainment industry. But today the pension fund of this guild is worth US $ 2.2 billion.

Interestingly enough, the entire film industry in India -- including all regional languages --  is estimated to have an annual turnover of about US $ 2.1 billion.

Like producers and financiers writers do have a stake in growing the volume of this turnover. That means they too are keen to write scripts for movies that do well at the box-office and in digital dissemination through DVDs. The challenge lies in simultaneously honouring this commercial compulsion while being true to their creative instincts.

Successfully juggling these factors cannot be done by treating ‘social responsibility’ as an add-on, the sociologist Shiv Viswanathan argued in his keynote address at the conference. That reduces the challenge to a managerial level. Films are about myth-making and artistry which depend on a wider exploration of our place in society as citizens.

Thus the dynamic between showbiz and creativity may well be one domain where the relationship between market forces and society is at its most delicate. 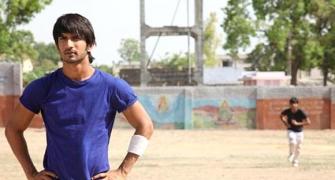 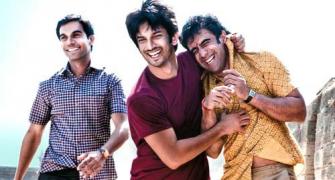 Kai Po Che does well, Zilla Ghaziabad is a disaster 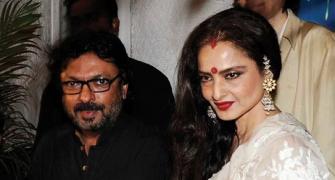 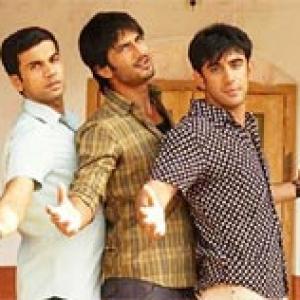 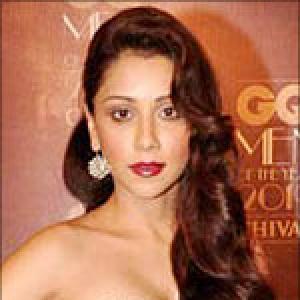