Subjecting cinema to the world

Every film is like a painting -- some of them have changed the way we dream, some creating the dream in the first place with the poetics of memory, entering our subconscious in an intimate dialogue with the filmmaker.

Every time I think about revising a list of movies I want to watch, I have a grand notion of sweeping all the previous films away and starting anew. Tastes evolve, and there are so many films worth mentioning which adds on to my preference list.

To discuss this topic, I've tried to narrow the focus down to films which are innovative in their use of the formal elements of cinema in the service of a higher aesthetic purpose (whatever that is...) and sometime define and inspire a particular genre.

Although the United States and United Kingdom may play a dominant role within the phenomenon of cultural globalisation, it is important to keep in mind that this is not entirely a one-way street. Many other countries also contribute to global culture, including American culture itself. Just as American popular culture influences foreign countries, other national cultures are influential within the United States and also increase their presence worldwide. 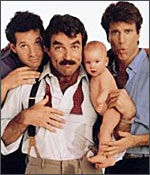 Hollywood is a good example of an industry that integrates elements from more than one culture. Most people would think of Hollywood as something entirely American. However, while Hollywood dominates world cinema, American movies are subject to foreign influence. According to The Economist, 'one reason for Hollywood's success is that from the earliest days it was open to foreign talent and foreign money.' Many American movies are remakes of foreign films. The Hollywood movies Three Men and a Baby and Just Visiting are both remakes of older French films.

From the above category, I am going to explain and elaborate on one of the most important influence called The French New Wave. The rest I will leave the cinephiles to discover themselves. As the saying goes 'Knowing the most is a road to travel, not a point to reach'

To understand the French New Wave Cinema we have to first understand what is this New Wave technique and then its impact:

What is New Wave?

The New Wave actually brought in innovative techniques and ideas of highly stylised cinema making within minimal budgets. Their aim was to get their film-making philosophy across to as many people as possible, but their budgets were minimal.

They used techniques such as jump cuts, not only to move action along quickly but also to save money on film stock. It had the added advantage of confounding audience expectations. The most important thing the New Wave directors wanted to do was to remind their audience they were watching a film. They did not try to preserve a suspension of disbelief, but to shatter the illusion using elements such as extras wandering into shot or characters turning to address the audience directly.

The use of improvisation complete with colloquialism and slang terminology, flashbacks, jump cuts, voice overs and symbolism -- all mashed up together -- frequently led to absurd, almost incomprehensible narratives. Despite this, the films themselves and the ideas behind them were nothing short of groundbreaking.

The legacy of the French New Wave lives on in the highly referential work of many modern film-makers such as Martin Scorsese, Francis Ford Coppola, Robert Altman, Quentin Tarantino and Jean-Pierre Jeunet. Tarantino constantly and knowingly references other films he admires in his own work, just as the New Wave did.

In Amelie, Jeunet had actress Audrey Tautou break from the sealed world of the narrative to talk directly to the audience. Scorsese, Coppola and Altman, who all rose to fame in the decade after the New Wave, are open about the influence the French filmmakers had on their own work. Stylistically and philosophically, the ideas of the French New Wave have had a huge impact on the face of modern cinema. 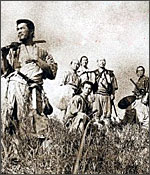 Stories from other corners of the globe:

The contributions from Japanese cinema are tremendous. Before Takeshi Miike's Audition most horror movies were ghost filled masterpieces of Dario Argento's style of movie making. But somewhere out there a young movie maker named Eli Roth got so impressed with this movie that he went ahead to make what has now become an 'underground' cult hit called Hostel in which he actually invited the great director Takeshi Miike to do a cameo. With Miike style of movie making the horror genre was redefined totally into another sect of horror that deals not only with ghost, and animals but human beings as well.

If you have seen some of Kurosawa's masterpieces then you really understand what great influence these movies have created on most of Hollywood churned out movies. Akira Kurosawa's The Seven Samurai is not only a great film in its own right but the source of a genre that flowed through the rest of the century.  This was the first film in which a team is assembled to carry out a mission -- an idea that gave birth to its direct Hollywood remake, The Magnificent Seven, as well as The Guns of Navarone, The Dirty Dozen, and countless later war, heist, and caper movies.

Since Kurosawa's samurai adventure Yojimbo was remade as A Fistful of Dollars and essentially created the first spaghetti western, and much later on Akira Kurosawa went on to team with Ryuzo Kikushima to retell Yojimbo again in The Last Man Standing, and since this movie Kurosawa's The Hidden Fortress inspired George Lucas's Star War series, it could be argued that this greatest of filmmakers gave employment to action heroes for the next fifty years, just as a fallout from his primary purpose.

That purpose was to make a samurai movie that was anchored in ancient Japanese culture, and yet rebelled for a flexible and tolerating human environment in place of rigid traditions. One of the great contributions of films from throughout the world is that the best of them tend to be designed to make our societies less rigid, more open to change, more humane.

Sumann is a top executive with an entertainment company and has in the past been associated with Paramount Pictures along with a stint in production with Michael Bay on the blockbuster hit Armageddon. Sumann is an avid fan and consumer of world cinema.