'The Telugu original with its brilliant rendering of the hero by Vijay Deverakonda works better than Kabir Singh.'
'It also has a sharper play of caste politics and raw authenticity of characters rooted in a local universe that gets lost in translation when it is remade for a pan-India audience,' argues Ritwik Sharma. 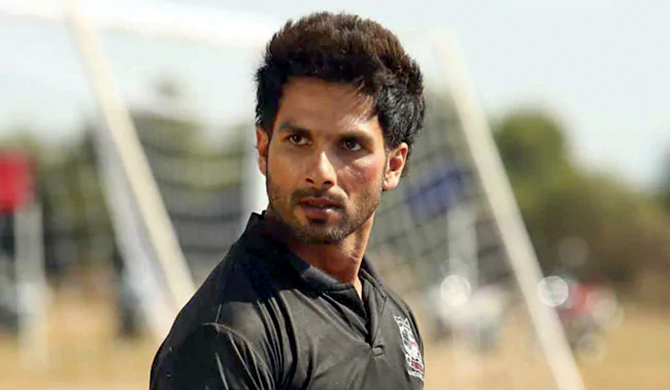 First, we had the angry young man.

Now with the Hindi film Kabir Singh, we have an extremely angry and sexist young man; audiences and critics who have slammed the film's aggressive and toxic masculinity; and approving audiences that, like the director himself, have criticised the criticism levelled at the movie.

Even in our post-truth world where people are divided over seemingly absolutely everything, arguably no other movie in recent times has quite split public opinion like Kabir Singh.

Interestingly, the critical reception of the Telugu original, Arjun Reddy, which was adapted into the Hindi version starring Shahid Kapoor, was positive.

In both movies, the entitled manner in which the hero stakes a claim for his college fresher as his lover -- or his brandishing a knife at a woman he wants to have sex with -- are examples of behaviour that is disturbing to say the least.

While watching Kabir Singh at a packed theatre in the third week of its release, I sensed a satisfied response from an audience that felt it had got its money's worth.

Some of us may question the glorification of Kabir Singh the character but its popularity (its box office collection in India has crossed Rs 246 crore) across age groups, class and gender indicates that a revolting guy as hero is just as acceptable as the conventional good guy.

In the aftermath of the criticism, as has become the norm now, those who loved the movie or the film-maker, Sandeep Vanga, have labelled critics as 'pseudo' and argued that they are picking on an Indian movie while lapping up productions in the West that explore shades of grey.

Although rather convenient, such accusations should serve as a reminder to critics of the need to call out casual sexism and gratuitous violence that one may tend to overlook while giving a thumbs-up to movies.

Memes or posts taking a jibe at 'hypocrites' for liking Game of Thrones, Sacred Games or Gangs of Wasseypur, but hating Kabir Singh also reflect the characteristic whataboutery that social media users slip into these days in order to justify their choices rather than acknowledge valid critiques. 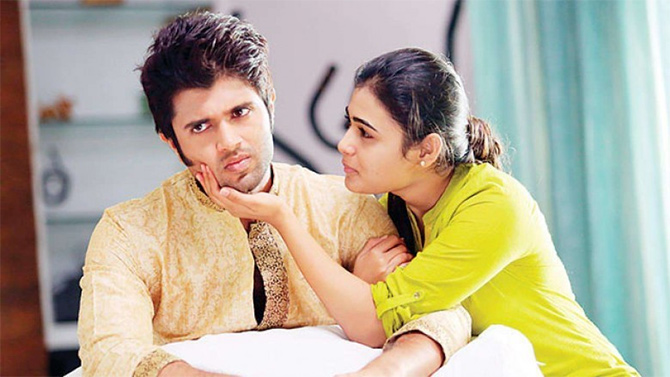 In this noisy context of people talking without listening, we should take a step back and imagine a better discourse.

To that end, I agree with one of the grouses of Vanga, who complained in an interview about critics refusing to judge his movie by any yardstick other than gender.

As subjective and personal as the job of a movie reviewer may be, one indeed shouldn't give an entirely reactive response but also praise where it's due.

Criticism that doesn't appear to be getting personal is highly desirable in these touchy times.

On the other hand, is it too much to ask of the majority who love a movie and sympathise with its flawed hero -- just like a flawed politician (pardon the tautology) -- to quietly agree to disagree with a dissenting but vocal minority?

In my opinion, the Telugu original with its brilliant rendering of the hero by Vijay Deverakonda works better than Kabir Singh.

It also has a sharper play of caste politics and raw authenticity of characters rooted in a local universe that gets lost in translation when it is remade for a pan-India audience.

That, along with the cult of the uber-masculine hero and normalised misogyny of a Telugu film industry (not so unlike any other?), may explain the positive reviews of Arjun Reddy.

In that film, the hero also ironically disapproves of a match for his best friend's sister because he cannot accept the 'objectification of women'.

In Kabir Singh, however, Kapoor comes across primarily as a crazed character rather than a hubristic hero with a really foul temper as in the original.

Kabir is an outright pest who fails to evoke any sympathy except briefly towards the end when he concedes his guilt of professional negligence as an alcoholic and loses his medical licence.

In the same interview mentioned earlier, Vanga also felt his critics probably had never experienced love 'in the right way' and suggested that a true love relationship comes with 'the liberty of slapping each other'.

It echoes the adolescent 'take it or leave it' persona of the hero, and must be contested.

It also demands our engagement with the issue of violence in everyday relations -- in the movie, it extends beyond the lovers to the older generation, as the hero is thrashed by the girl's father and other men at his behest.

Rather than his characterisation per se, the fact that the narrative in both movies does not make the hero accountable for his misogyny -- he merely tells his father that he will change all of his bad habits -- has perturbed those who are critical.

As Kabir Singh retells the story to a much bigger audience, and with a lead performance that unlike in Arjun Reddy is less relatable as an everyday character and more glamorous owing to Kapoor's star appeal and less convincing act, one wouldn't be surprised if the film actually grows in popularity, even a showcase of a cult character many will aspire to emulate. 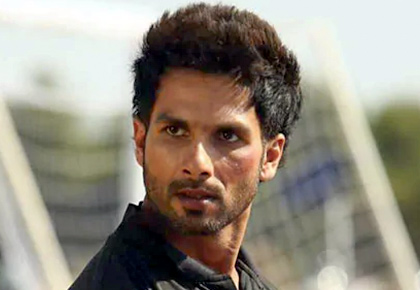 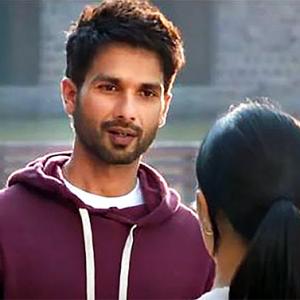 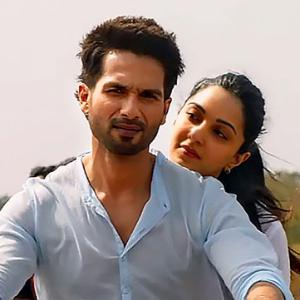