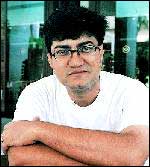 Five years back, this name would ring few bells. But as the Aamir Khan-starrer 'Thanda matlab Coca-Cola' ad campaign made the almost universal rural word for soft drinks a hot catchphrase, it brought the  low-profile Prasoon Joshi, national creative director, McCann Erickson India, into the spotlight, a fact the advertising awards for 2002 just reaffirmed.

Yet for Joshi, advertising is just one passion. He is also a poet, lyricist, composer and a trained vocalist.

Predictably perhaps, the highly competitive ad industry was not charitable in its praise.

Some believed that it was the Aamir Khan and film maker Ashutosh Gowariker connection that made the Thanda campaign work.

Joshi himself hints that the magnitude of the brand Coke could also have made the campaign a huge success.

However, ad film maker Prahlad Kakkar asserts, "Prasoon is far beyond any singular campaign success. His writing and poetry will immortalise him in the years to come."

Says Shripad Nadkarni, vice-president, marketing, Coca Cola India, "What sets Prasoon apart in the make-believe world of advertising is his ability to connect to the masses through his understanding of the Indian psyche -- he thinks Indian."

This ability to think in Hindi has endeared him to the masses much like the other small-town admen -- the Pandey brothers.

Born in Lucknow, Joshi went on to earn his management degree from IMT Ghaziabad. His entrée into advertising began when he worked, first, as a summer trainee and then as a client servicing executive at the ad agency Grey (then Trikaya Grey).

But copy-writing obviously suited his talents better so in 1992, he moved to Ogilvy & Mather (O&M), for what was to be a decade-long stint that saw him shift to Mumbai and rise up the ranks to become a creative director.

However, in his own words, Joshi 'had grown to reach a glass ceiling.' In 2002, Joshi shifted to McCann Erickson as the national creative director.

Joshi believes that creativity is an intangible energy that keeps reinventing itself in different forms. His career reflects that.

A published poet at the age of 17, he has three collections of poems to his credit till date, and a fourth is in the pipeline. While Joshi the writer was creating copy at O&M, the narrator in him was also lending his voice to the commercials.

What followed were soulful voiceovers in the Nokia radio spots, the much-acclaimed cricket commentary in the "A day in a government office" campaign for the Times Of India, the erstwhile rain commercial for Asian Paints -- 'Chalak chalak jaaye mausam' --  or the more recent campaign for Chlormint -- 'Dubaara mat poonchna.'

His identity as a lyricist won acclaim with his soul-stirring, feminist lyrics in Shubha Mudgal's Mann ke Manjeere.

Till then, he had penned lyrics for music albums like Silk Route's debut album Boondein, Shubha Mudgal's earthy Ab ke sawan. Inevitably, writing for Bollywood had to follow.

Joshi has penned lyrics for films like Lajja, Aankhen, and Walt Disney's Hindi Jungle Book III, which is in the making, among some others.

And now he's writing scripts for two forthcoming Bollywood films. "My interaction with the film industry helps me understand the masses better," he quips.

Apart from films, Joshi is deeply involved in social awareness campaigns for foundations like the Cancer Patients Association and Amitasha (a foundation for the underprivileged girl child) and causes like polio awareness.

The print ad for awareness of child abuse for Amitasha, which shows a young, underprivileged girl and a possible victim with her mouth stitched, won industry acclaim. "Emotions cannot only build brands in India but can also awaken mass conscience," he explains.

However, his advertising copy has shifted from its deep emotional tone to irreverent humour (Nokia, Asian Paints, Cadbury's) to which  the light-hearted 'Thanda' Coke commercials, Alpenliebe and Chlormint commercials are testimony.

"I think am travelling a full circle. In the end, advertising has to be entertaining and real to be liked," he says.

Joshi seems to be irked by rumours of personal differences with mentor Piyush Pandey and is more wary of controversies.

"According to the ancient Indian academic tradition, after the disciple grows, the teacher allows the disciple to go ahead and conduct his own concert," he says.

"That's the best way to describe our equation. I am performing in my own concert now."
Gouri Shukla
SHARE THIS STORY
Print this article 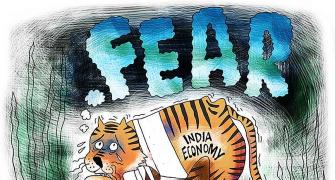