Lanco MD: Caught in a controversy

It states: "He looks after Lanco Group's finance functions and is a member of the Lanco Group's strategy team. He focuses on Lanco's strategic partnership and growth initiatives. He is extensively involved in financing of Lanco Group's projects and overseeing the resources function of all the group companies."

His pursuit of quick growth in the past six years went down smoothly, both for the group as well as for Venkatesh Babu in his personal career graph, till Lanco consortium's successful bid for the Sasan Ultra Mega Power Project suddenly ran into trouble.

His misfortune saw a repeat at the personal level when he was held with "unaccounted" cash of Rs 34 lakh (Rs 3.4 million) at the Hyderabad airport a couple of weeks later.

After initial failures in business, Babu, an all-India ranker in chartered accountancy and a commerce graduate, started his career as a financial consultant in Chennai before joining Lanco. He came into contact with the Lanco management when the company was finalising plans for executing the 120-megawatt gas-based combined cycle power plant through Aban Power Company Limited in Tamil Nadu.

When he approached the company to offer his services in financing the Aban project, the Lanco management, impressed with his dynamism and knowledge in financial matters, made him the vice-president (finance), APCL.

Babu, admired by all as a brilliant and good-natured young man, saw the opportunity of realising his full potential when Lagadapati Madhusudan Rao replaced his brother Rajgopal as the chairman of Lanco Group in 2002.

Both matched well in high ambitions and aggressive business pursuits. Soon Babu became the blue-eyed boy of Rao, say company insiders. He was soon shifted to the group's headquarters at Hyderabad and became the chief financial officer and then director (finance), Lanco Group, before being elevated to the post of the group's managing director, superseding other seniors. All this within in a short span of time.

According to insiders, overwhelmed by personal as well as the company's big ambitions, he began aggressive pursuit of business goals set by the management. He soon became the sole face of the group and represented it in the Confederation of Indian Industry, Andhra Pradesh. He was elected to the CII state council last year and is likely to retain this position this year as well.

Going by his close affinity with the chairman, many in the company were amazed when Rao disowned Babu publicly by stating that the cash seized by the IT sleuths last Saturday was his personal money even though he confessed otherwise during interrogation.

But his willingness to change his statement in accordance with the company's official stand signifies his priorities. It also tells that he is not a person who gets carried away by emotional feelings.

The big question that hung in the air was: why would a man of his stature carry so much cash, that too, knowing well the risks involved. According to industry insiders, this could well be the hawala money - a practice followed by businessmen to pay kickbacks to "contacts" outside their homeplace. In which case, they say, this makes for the leftover cash, considering the money was inbound. So, what about the total amount?

There were also speculations about Babu's future in the company, as also what happens if Sebi enters the scene since he represents a listed company and the I-T department is proceeding against both the company and its managing director in the cash bag episode.

But, even as people are left wondering, last heard, Babu was busy giving final touches to the Lanco Group's official rejoinder to the reported misrepresentation in bid documents of Sasan UMPP on Tuesday evening.
B Dasarath Reddy
Source: 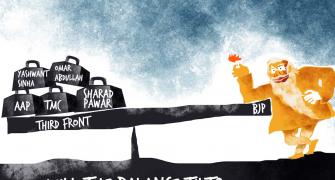 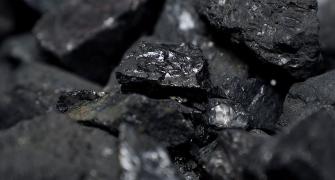 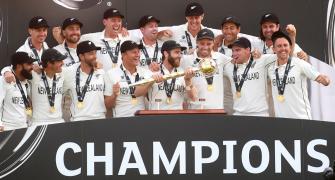 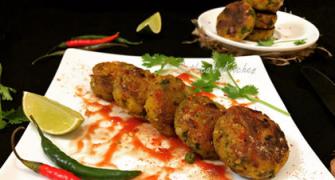 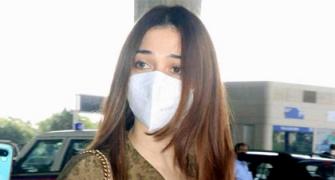 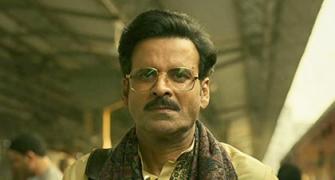