The township will have a central park, gymnasium, open spaces and so on and each set of residential towers is to have its  own playground, play school, and other amenities. After years of living with his family in a poky 110 sq. ft. 'house', textile worker Sambhaji Surve dreams of moving into a home four times the size once the Maharashtra government starts its ambitious redevelopment of the 39-acre Kamathipura shanty town in south-central Mumbai.

Sharing his dream are about 8,000 other families hoping for a better life when the redevelopment project, part of the government’s effort to redevelop old settlements and make life more livable for some residents, gets underway.

The Shiv Sena-Nationalist Congress Party aims to redevelop BDD Chawl and Dharavi but for Surve all the matters is Kamathipura where he arrived in the 1970s from Nasik to work in a textile mill.

Kamathipura was originally built 150 years ago following construction of a causeway to connect the seven islands of Mumbai.

From the British Raj to post-independence, it became infamous for slums and brothels.

Surve is not bothered about the brothel tag.

“You see, they (sex workers) do that for their livelihood. We live here and travel to our daily work from here with no problem,” he said.

Some concern has been expressed about sex workers being shunted out of the area to make way for redevelopment but sources in the government say they are being moved to Mira Road on the outskirts of Mumbai.

Kamathipura is poised to make the leap to becoming prime real estate in the heart of the city.

Though Mumbai always aimed to compete with international finance centres such as Shanghai, Singapore and Hong Kong, the burgeoning population, slum areas and lack of land resources held it back from  competing with other global centres.

Though freeing land held by the port trust, defence forces and other government-owned bodies is said to be the most realistic solution for providing housing for the masses, it has yet to become a reality.

The records show that Kamathipura has 16 lanes with 500 buildings in which there are 3,858 rooms and 778 shops.

Sanjay Leela Bansali's recently released Hindi movie Gangubai Kathiawadi, based on the life of one of the most powerful brothel owners of the area, has put the spotlight on Kamathipura and its congested lanes.

Tenants get 4 million sq ft of area and landlords get 400,000 sq ft area after redevelopment.

The project envisages redeveloping the entire area into six clusters.

The township will have a central park, gymnasium, open spaces and so on and each set of residential towers is to have its  own playground, play school, and other amenities.

It will have a rehabilitated as well as sale component, said Amin Patel, a  member of the Maharashtra Legislative Assembly from Mumbadevi who worked with  tenants, landlords, and government agencies for the last 12 years.

"The idea is to give affordable housing to people.

"Where else you get an apartment for Rs 1.5 crore in the heart of the city?” asked Patel.

Patel said those living in houses of less than 300 sq ft will get a two bedroom apartment of 508 sq ft – the home Surve is waiting for.

Sachin Karpe, treasurer of the Kamathipura Punarnirman Samithi, agrees that it is ‘prime’ land.

“When you get a lavish home in the heart of Mumbai at good prices, what else do you want?"

Industry veterans such as Sanjay Dutt, managing director and chief executive at Tata Realty & Infrastructure, say that the project should be executed in a timely manner and without creating any troubles for the local residents.

"It is important for the state government to create better lives for the people there," said Dutt.

"Redevelopment is the future whether it is port trust land, army and navy land or Dharavi and so on... Kamathipura has more significance as it has a direct impact on the lives of the people who are a challenged community.”

Like others, he hopes that project will bridge the gap, which few developers seem to be addressing because they focus on the luxury sector, in the mid and premier Mumbai segment.

It will be interesting to see how the planned redevelopment projects will impact the city’s real estate market, which is one of the most expensive in the world. Kamathipura alone will release a couple of millions of sq ft of real estate.

The BDD Chawl Redevelopment in Worli, Naigaon, and in Lower Parel in Mumbai would create an additional housing stock of around 10,000 units, which MHADA will sell at the market rate - estimated to be more than Rs 2 crore per apartment.

“It will be entirely dependent on how the supplies are released in the market.

"All these projects will run at least for half a decade.

"If the supplies are controlled well in tandem with other market inventories, the pricing can be controlled,” said Gulam Zia, executive director at Knight Frank.

Zia added that there was a chance of a crash in property prices only if the apartments were brought out for sale in large numbers in one go. 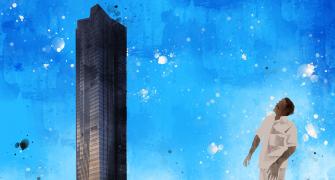 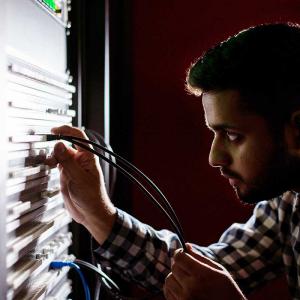 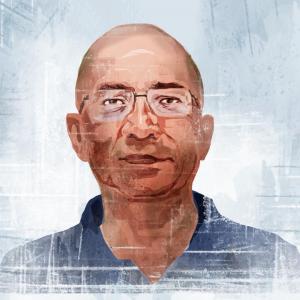