Cars to expect this year

The new year is expected to witness a flurry of activity from car manufacturers, who are getting ready to launch a series of models. Take a look at the oncoming traffic. 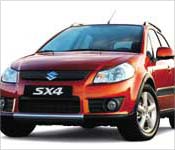 Maruti Udyog is likely to keep its promise of launching at least one new car a year with a sedan built on the Suzuki SX4 platform. The hatchback sold in Europe offers 1.6-litre petrol and 1.9-litre diesel options. In India, the sedan incarnation is likely to be sold as the new Baleno.

The older Baleno, although a competent car, lost out on the styling front to the Honda Citys and Hyundai Accents. For the new car, styling is sharp, with wraparound headlamps and a rakish front quarter glass. It is, however, unlikely to have either the 4x4 option of the European car, or airbags on all models.

This car would be pitched to fight the Honda City in the same price band, unless MUL does a Swift again and surprises the market with a low price. We also hope Maruti will offer a multijet diesel option. That should make the driver's day. 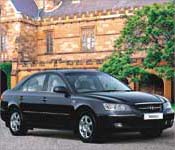 What the Sonata has not been able to do with petrol power,it could do with diesel. A well-built car, it got left behind by segment leader Honda Accord. Now, Hyundai Motor is planning to put a 2-litre common raildiesel mill under the bonnet that should make around 150 horses, enough to give the car decent shove.

Besides, the turbocharger will have variable vane geometry, which will ensure that the boost kicks in at pretty low revs. Even better. Now we can do some traffic signal drag racing! 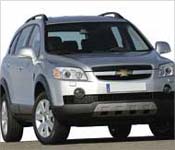 After the success of the Tavera people mover, The General is said to be looking for a premium SUV to round off its range. The Chevrolet Forrester launched earlier had not been able to deliver the goods. This time around, with the Captiva, which is likely to be driven by a diesel engine delivering around 135 bhp, things could be different. From the looks of it, itcould give the Hyundai Tucson and the Honda CRV a thing or two to worry about. 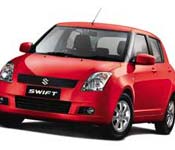 Now, this should be fun. In 2007, Maruti Udyog is going to plonk a 1.3-litre multijet diesel motor into a car which already has a good chassis and forgiving handling.

Although the new engine will deliver just around70 bhp, almost 20 bhp less than the petrol engine, it is expected to have better low-end grunt, a boon in stop-go traffic.

Expect prices to be about Rs 50,000-1 lakh more than the petrol version.

This should be one of the most significant car launches of the year. If it can make a go of the Logan, Mahindra & Mahindra can possibly establish itself as a carmaker in  one shot. Expected to cost Rs 4.5 lakh (Rs 450,000) at most, it should give Tata's Indigo sedan a run for its money. A success in Europe, it could make the flat panels and the paper folds of the Eighties chic again. The excitement is high as well as the expectations. Now just the delivery has to match up to them. 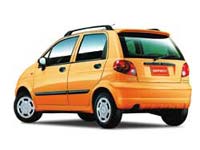 The former Daewoo Matiz has waited a long time to re-enter India as the Chevrolet Spark. Things kept getting put off as General Motors failed to buy defunct Daewoo's plant. Now, it has decided to make the car at its Halol unit.

As it will take on the Wagon R, the Zen Estilio, and the Hyundai Santro, expect a petrol engine that can deliver about 65 bhp at comparable prices. 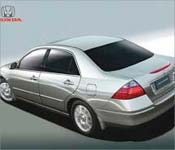 In 2007, Honda Siel Cars will replace the current model of its segment-leading executive sedan, the Accord, with the seventh-generation model that was launched globally in 2006. Out will go the existing tail lights, which will be replaced by a triangular wraparound set placed higher, somewhat like those on the Mercedes S Class.

The boot-lid lip will also incorporate a brake light. From the front, however, the car will look pretty much the same as the one it replaces. The other changes are likely to include the engine. A look at the Thai market, which is similar to India's, gives an idea. There, the car has been launched with a 2.4 litre iVTEC engine delivering 160 bhp and a 3-litre V6 delivering close to 250 bhp.

If you thought Hyundai Motor India had the B segment of thecar market comprehensively covered with the Santro and the Getz, think again. The company is now looking to launch a third car in the compact car segment. Finally, the South Korean corporation seems to be adopting the flanking strategy that has served Maruti Udyog so well for so long.

This new car, a hatchback expected towards the end of 2007, is supposed to slot in between the Santro and the Getz. Prices, naturally, will also follow the same format. The auto manufacturing ecosystem did not part with further information on how the car is likely to be configured.

Fiat will be giving the Palio hatchback its second facelift since it was launched about six years ago. This time, it does look quite appealing with the sculpted double-barrel headlamps and fresh grill and bumper. But the interesting bit would be a return to the sub-1,200 cc category to save on excise.

That might push power down a bit, but improve fuel efficiency. Besides, expect the introduction of the 1.3-litre multijet diesel that will do duty in the Swift to live in the engine bay of the Palio too. (Even the Tata Indica could be using the same mill as it has tied up with Fiat.) With handling as good as the Palio's, enough grunt from the engine, and Tata service to back it up, there could be a hot package coming the buyer's way. 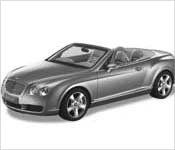 There are few better ways to go bling than in a Bentley. Rockstars do it, rappers do it, and so does the queen of England. The good thing is if you sincerely do not want that much attention, you can just speed away. The 5998 cc, 550 bhp W12 engine lets the GTC get away very very quickly. This gorgeous convertible will follow the Continental GT and the Continental Flying Spur into the country.

So, you can cruise down in full view of the salivating masses and feel smug about it. Or better still: keep the top rolled up and the elements out. After you pay about Rs 1.7 crore (Rs 17 million) for it, you can do exactly what you want to.

The company's top-end hatchback is due for a facelift. On the outside, the car is expected to sport wrapped lamps and a new grille, similar to its European edition. Interiors, too, may see a few changes.

But, the most important changes are likely to happen to the engine. With Maruti ready to launch the Swift Diesel, Hyundai has to counter the move with a diesel Getz. But small diesels are tough to develop. The 1.5-litre CRDi unit that does duty on the Accent is in the running.

This long wheelbase (LWB) car was displayed in almost production-ready form at Auto Expo 2006 in New Delhi. About a year later, it isstill to be launched. But expect Tata Motors to bring it on in 2007. At a length of 4.5 metres, it will provide big legroom at the lowest price in India ever.

Besides, it had an all-leather interior, DVD displays on the backs of the front headrests, and airline style tables. As for the engine, the grapevine has it that it could come with a 90 bhp diesel or a 100 bhp petrol engine and sell for about Rs 6.5 lakh (Rs 650,000). Luxury does not get any cheaper.