A society that intends to use microfinance as an effective tool for poverty eradication must create a socio-legal framework that addresses the peculiar circumstances in which beneficiaries operate, Nobel laureate Mohammed Yunus said.

"Microfinance cannot be fitted into the straight-jacketed 'one rule covers all' banking regulation just because the concept involves collecting and lending money," he stressed, suggesting an independent governing mechanism for the microfinance sector.

Yunus was speaking at an event organised on the occasion of his being conferred the 'Person of The Year' award instituted this year by the media group, Sakaal.

"Poverty is a curse, which has to be removed using methods devised keeping the poor at the centre."

As most of the users of microfinance -- a high proportion of them being illiterate women are unable to sustain the blows of uncertainty, they should not be punished for failure in repaying the loans, but should be helped out with another dose of loan to bring them back on their feet, he observed.

"If a borrower fails to repay due to factors beyond his control (say, death of a cow bought using the microfinance money), he or she should be offered another loan to buy a new cow, as that alone will empower him/her to pay back.

The earlier loan can then be converted into a long-term liability," he proposed, insisting that if the present laws don't permit this, new laws should be framed to address the issue.

"A lot depends on the attitude of the society and the business community as micro-credit users depend on both. When investing in a business to make money, the investment should also mean to do good to the people," he said. Terming this kind of an investment as 'social business,' he said that this should, however, not be understood as charity.

The power of information technology should be harnessed effectively in helping micro-credit users as they often face the challenge of marketing their produce. IT may help them know the market for the produce and reach there in time, he stated.

Explained: What the 3 new agri Bills are all about 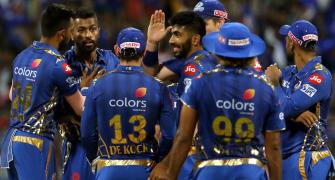