Satyam made us smarter; auditors can't get cosy with mgmt: MCA

Terming "cosy" relations between management and auditors of a company as key to accounting frauds, the Corporate Affairs Minister Sachin Pilot has said that such a nexus would not be allowed anymore as lawmakers have become smarter after Satyam scam. 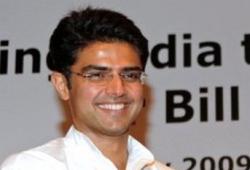 "Sometimes, auditors get into too cosy a relationship with the management, which creates a lot of problems," Pilot told PTI in an interview.

To tackle this issue, the government is creating a new quasi-judicial body, National Financial Reporting Authority (NFRA), which would look after the quality of audit, compliance by auditors as also the disclosures that they make, Pilot said.

"Basically, it would be the nodal body to look after all financial reporting. It can suspend the licence of auditors when they find something is irregular," he said.

The Minister said there have been issues related to auditors that had led to various accounting frauds, including in the case of high-profile Satyam Computer scam.

"We have had auditors issue. After Satyam, hopefully we have become smarter. Now, no auditor can audit a company for more than five years," Pilot said.

Way back in early 2009, erstwhile Satyam Computer's founder and

then chairman B Ramalinga Raju had admitted that the company's accounts had been falsified for years, although the auditors did not notice any accounting fraud.

Later, the company auditors were also found to be guilty in that case during various investigations into what had emerged as the country's biggest ever corporate fraud.

Pilot said NFRA will become an oversight body with quasi-judicial powers and supersede all other institutions.

Asked about the entities who would be covered by NFRA, Pilot said they would include all the auditors.

"Anything that goes into reporting of financial statements, this body will oversee the quality, the kind of work they are doing and any complaints... NFRA can even debar them including the cost accountants," he added.

The Minister further said company secretaries would be classified as key management personnel after the new Companies Bill comes into force.

"So they (Company Secretaries) do not fall under NFRA reporting but they have a direct responsibility if something goes wrong in the company. They have much larger responsibility and accountability," he added.

"If there is prima facie evidence of your influence in decision making, then you are part of the decision making process. You can't escape from it," Pilot said.
Source: PTI© Copyright 2022 PTI. All rights reserved. Republication or redistribution of PTI content, including by framing or similar means, is expressly prohibited without the prior written consent.
Related News: Sachin Pilot, NFRA, Satyam Computer, PTI, B Ramalinga Raju
Print this article
Sri Ram Sene threatens to disrupt Indo-Pak T20 in B'lore 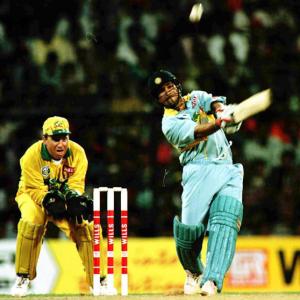 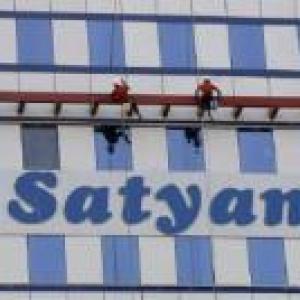