News
Business
Movies
Sports
Cricket
Get Ahead
Money Tips
Shopping
Sign in  |  Create a Rediffmail account
Rediff.com  » Business » Why the market is in love with J&K Bank

Why the market is in love with J&K Bank

Dalal Street's romance with Srinagar-based Jammu & Kashmir Bank is proving to be a long-drawn one.

Tagged as a sleepy, regional lender till a few years earlier, the bank's stock was not much talked about in the investors' community.

Perhaps, the only curiosity regarding the bank was its plans to revive its two branches in Pakistan-occupied Kashmir.

Things have changed. The J&K Bank's stock price has risen 10 per cent since November 1 this year -- a period which saw the BSE Bankex go up 3.35 per cent.

What explains the market's love affair with J&K Bank, led by Mustaq Ahmed, who took over in October 2010?

Consider this: At a time banks are facing headwinds on the asset quality front, J&K Bank's net non-performing assets as on September-end stood stable at 0.16 per cent sequentially.

While gross slippages was at 1.2 per cent, healthy recovery and cash recovery ensured gross NPA rise only marginally to two per cent.

"J&K Bank's asset quality continued to remain among the best in class," Kotak Securities said in a recent report.

The bank begun its much-delayed expansion plan in 2011-12, improved its earnings and kept the asset quality stable in the first half of this financial year.

This has made the bank's share attractive to investors, market analysts said.

"We believe they deserve to get a better multiple, on the back of consistent performance on asset quality as well as strong return ratios over the last couple of years.

Its superior provision coverage ratio is icing on the cake and stands as one of the best in the industry (greater than 93 per cent, including technical write-offs), providing cushion to its future earnings, with any unforeseen deterioration in asset quality, going forward," said Saday Sinha, vice-president,

The legacy issues are also over, particularly with regard to capital.

There was a time when the Reserve Bank of India did not allow the bank to participate in the rights issue of Metlife, and asked J&K Bank to reduce its shareholding overtime.

Now, the banks sits on a 13.7 per cent capital adequacy ratio; and its chairman said in a recent interview to this paper that the bank would not require additional capital for at least three years.

The efficiency parameters have improved since then, with RoE moving to 21 per cent and RoA to 1.5 per cent.

According to analysts, re-balancing its loan portfolio, with a better focus inside the state, has helped its margins.

"Earlier, the bank was mostly participating loan syndication outside the state, along with other bigger banks, which earned lower yields.

"Now, the bank is focusing more within the state, which improved the yield on advances," said an analyst with a domestic broking firm.

In addition, despite sluggish loan growth in the banking sector, J&K Bank is confident of achieving 25 per cent growth in the current financial year.

Broking firm Prabhudas Lilladher said the liability franchise of the bank was best among old generation private lenders. The bank's Casa ratio was 38 per cent in the July-September quarter.

"J&K Bank is most detached from the current economic slowdown and best positioned to benefit from a booming and under-penetrated Jammu & Kashmir state. . .

It added lack of management continuity is also absent in the bank, with five to six years of average tenure for the chairman.

The J&K government owns 53.17 per cent stake in the bank.
Somasroy Chakraborty and Manojit Saha in Kolkata/Mumbai
Source: 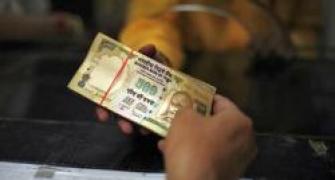 A pre-approved loan does not mean bank will lend 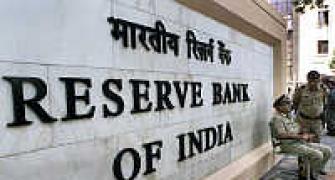 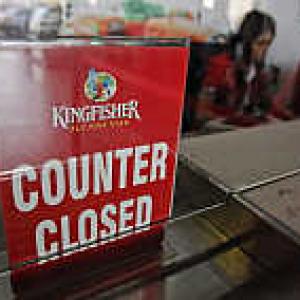