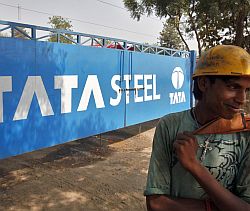 Speculations have been rife about the impact of Brexit on the sale process.

The UK’s decision to leave the European Union is not holding back Tata Steel from pursuing the sale of its plants in Britain.

“So long the sale process is on. Let it progress and we will figure out where it is,” Koushik Chatterjee, Tata Steel Group Executive Director (finance and corporate), said on the sidelines of the Tata Metaliks’ annual general meeting on Wednesday.

The company had announced restructuring of its European portfolio in March which included divestment of Tata Steel UK, in whole or in parts, after struggling to make it work for nine years.

The company said it had extended financial support to the UK business but suffered asset impairment of £2 billion in the past five years.

Its key UK operations centre around Port Talbot in Wales and around seven bidders are in the fray.

Speculations have been rife about the impact of Brexit on the sale process.

Around 70 per cent of the Wales exports are to the EU.

The British government has offered financial support to help find a new buyer for Tata Steel UK plants as it is keen on avoiding job losses to the tune of 11,000.

Asked whether Brexit would change the contours of the support offered, Chatterjee said the UK government had offered certain support which the company had disclosed to all bidders.

He also pointed out that the leadership was changing in Britain but not the ruling party.

On the company’s pension liabilities, he said it was a pound scheme and would remain so.

“It is a well-funded scheme and doesn’t need any capital injection to service the pension requirements," he said in response to a query on whether any deficit could be bridged by taking advantage of a weak pound.

The merger of Tata Metaliks and its subsidiary Tata Metaliks DI Pipes would enable it to operate as a single entity focused on the ductile pipes business.

"The challenges of pig iron business would continue because it’s an intermediary product, and not a value added one.

"It has reference to scrap prices, sponge iron prices, which is why as a consolidated entity, we decided to move more into value added products," he said.

Tata Metaliks annual report that the ductile iron pipe business of the company's subsidiary, Tata Metaliks DI Pipes, enhanced the company's performance further with a 20 per cent increase in production and sales along with operational improvement.

On a consolidated basis, the company delivered its best ever performance with a net profit of Rs 123 crore (Rs 1.23 billion).

"We are encouraged by the urbanisation mode the Centre and state governments are in. It would mean the demand for pipes would increase," Chatterjee added. 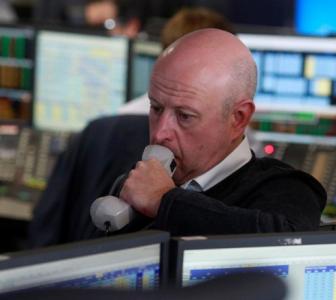 How Brexit will hit Indian IT firms 'Brexit is only a near-term worry'