News
Business
Movies
Sports
Cricket
Get Ahead
Money Tips
Shopping
Sign in  |  Create a Rediffmail account
Rediff.com  » Business » Why banking transaction tax may not be evasion-proof

Why banking transaction tax may not be evasion-proof

According to the NIPFP, there is the possibility that even if the banking system matures over time, some transactions could bypass the system so as not to pay the BTT.

A banking transaction tax (BTT) replacing the current tax systems (direct and indirect taxes, except for Customs duty) is not a superior system on all parameters, say economists at the National Institute of Public Finance and Policy (NIPFP) in their assessment of Arthkranti’s proposal which is being made public when the Budget process for 2018-19 is on. 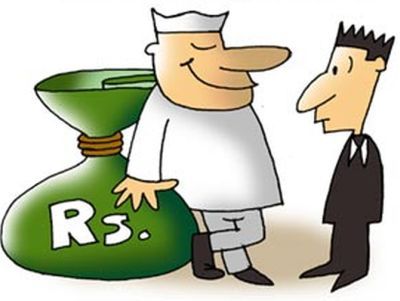 'It (BTT) fails to achieve the extent of equity that we have in the current system.

'It promises a broader base for taxes in its design but ends up advocating some exemptions, which ultimately shrink the tax base and takes the shine of BTT away,' says the report, titled Evaluation of Arthkranti Proposal.

While the report says that BTT scores better in terms of easy implementation and monitoring through the banks, it cautions that multiple objectives that policymakers seek to achieve through taxation would not be possible through the original and appealing version of the BTT.

According to the NIPFP, there is also the possibility that even if the banking system matures over time, some transactions could bypass the system so as not to pay the tax.

Thus, BTT may not be evasion-proof.

Further unlike the Goods and Services Tax (GST), BTT is a cascading tax, where the tax rate can build from 2 per cent to over 6 per cent in some cases.

The Arthakranti proposal entails a BTT on all credits, receipts at an appropriate rate, which it suggests could be 2 per cent.

Revenues from the tax would be divided between the Centre, states, and local bodies and the transacting bank.

Arthakranti suggests a ratio of 0.7 per cent to the Centre, 0.6 per cent to states, and 0.35 per cent each for local bodies and the transacting bank.

The NIPFP’s evaluation reveals that a BTT of 2 per cent would increase the effective tax liability considerably.

In organised manufacturing alone, it estimates that the effective tax rates will come to around 14.3 per cent.

“This means for every 1 per cent tax on turnover, there will be an additional 0.75 per cent tax through cascading,” it said.

Further, it says that a “tax rate of 2 per cent is unlikely to be revenue neutral for the government if it does not include a range of financial transactions.”

For it to be revenue neutral, it will have to be higher at around 4 per cent.

This, in turn, will have a larger cascading effect.

In early 2016, the state governments of Madhya Pradesh and Haryana had approached the NIPFP to evaluate Arthakranti’s proposals, which included the withdrawal of high denomination notes from circulation and to introduce the BTT in place of existing taxes.

The study calls the first one milder demonetisation and the second as the aggressive one.

When asked which one the Narendra Modi government's demonetisation would be categorised, Kavita Rao of the NIPFP, one of the authors of the report, said 'none, but it was closer to the milder one.'

The milder model of demonetisation, the study says, would have fewer consequences for the economy since economic activities are not disrupted.

'With time, as and when people perceive that there is a cost or inconvenience associated with transacting in low denomination currency, they would gradually shift to non-cash forms,' it says.

This gradual transition would bring more people into the banking channels as well as allow the service providers the time to upgrade their facilities to accommodate the changing levels of transactions, the study says.

The report says there could be two impacts if milder demonetisation is associated with the BTT at 4 per cent.

One set of players can perceive it as low tax rate and choose to come within the fold of banking transactions, while another set might want to step out of the banking system since effective tax rate would remain high.

With the availability of cash, the latter might be feasible.

'In other words, the black money as in incomes on which taxes have not been made can still persist in this economy.

'In addition, there would remain mechanisms to finance corruption as well,' NIPFP says. 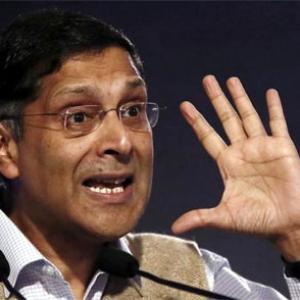 'It's a vindication': Govt officials upbeat over Moody's upgrade