Next month, the edtech start-up, that teaches coding to kids online, is launching operations in five new markets - the UK, Germany, Australia, New Zealand, and Singapore. 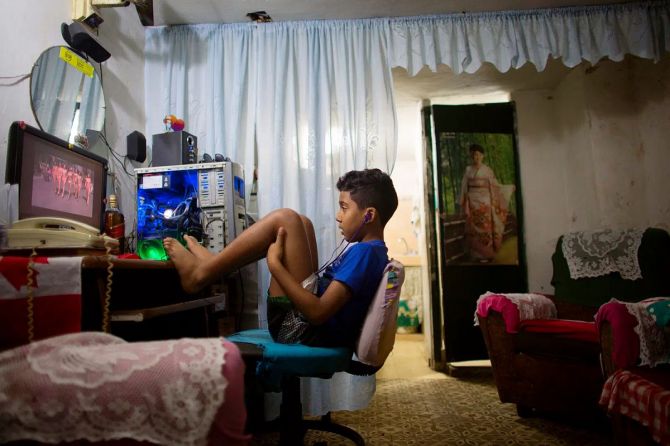 WhiteHat Jr, which was recently acquired by online learning app Byju’s for $300 million, is making an aggressive bid to go global.

Next month, the edtech start-up, that teaches coding to kids online, is launching operations in five new markets - the UK, Germany, Australia, New Zealand, and Singapore.

In the second phase, the company in November will launch its courses in Japan, Brazil, and Indonesia in the local dialect.

WhiteHat Jr is also readying to launch a new business in November, and it expects that to be as big - if not bigger - as its success in teaching coding.

Currently, the US is the only country outside India where its programmes are available.

Speaking to Business Standard, Karan Bajaj, founder and promoter of WhiteHat Jr, who controlled over 50 per cent of the coding platform and will continue to run it for a few years, says: “Globally, no one has a model like ours of teaching coding to kids online.”

“Considering the projected run rate of annual revenue in August was $240 million and the company grew at a compound annual growth rate of 92 per cent over 12 months, we see huge opportunity for this model to work in other countries as well,” adds Bajaj.

Bajaj says the programmes abroad will be taught by its 6,000 teachers in India and that the company is recruiting at the rate of 150 new teachers every day.

The teachers are predominantly women with degrees in MSc, BTech, and MCA, among others, who have decided to work from home.

“This is a unique advantage of a talent pool, which only India can leverage,” says Bajaj.

Bajaj says this model will be different from the usual mathematics tutorials, as it will be geared to taking the fear out of learning the subject.

“Our entire programme will be focused on making kids fall in love with the subject early on in life, rather than be frightened of it,” says Bajaj.

Bajaj, who is also a novelist and writer, started WhiteHat Jr after he quit as India boss of Discovery.

His efforts to start a general entertainment Hindi channel for the company in India did not work out due to tough competition from established players like Star, Zee, and Colors.

Bajaj says that when he started WhiteHat Jr, it was valued at $6 million by investors.

“The return made by investors is around 50 times of what they put in, which, I hope, is a record of sorts, and also in such a short time,” says Bajaj.

He says the deal with Byju’s was struck within a week over Zoom calls with Byju’s founder, Byju Raveendran, and all the paperwork was done in just six weeks - that too during the Covid-19 lockdown.

While some feel WhiteHat Jr is an expensive buy for Byju’s, Bajaj says the company has over 3 million children registered on the site, 60,000 paid subscribers who fork out an average Rs 50,000-60,000, depending on the number of classes and the package they have taken.

He says, moreover, that 80 per cent of the subscribers in the US and 70 per cent in India are renewing their subscription and moving to an upgraded offering.

He also says the company raised about $11 million, but it did not use the entire money.

It became cash flow-positive quickly and currently has $14 million of cash in the bank.

Did the pandemic push more children to subscribe to WhiteHat Jr?

“The overall impact of Covid-19 for us has been neutral,” replies Bajaj, adding, “While it is true that children had more time at home for online classes, the flip side is that due to the economic situation, families were far more careful about spending money.”

Bajaj says that in many ways, becoming an entrepreneur is like penning a book - in both cases one starts with a blank sheet of paper.

“You have to take a leap of faith and have the conviction that it will work out,” he says. 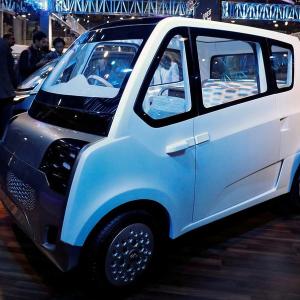 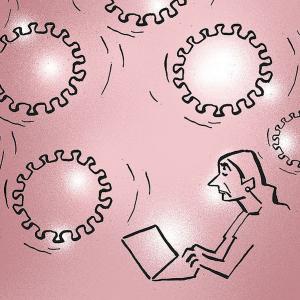