US visa is non-tariff barrier for IT, says FM

Finance Minister P Chidambaram has told US lawmakers of India’s concerns over the immigration Bill, calling the proposed legislation a non-tariff barrier. 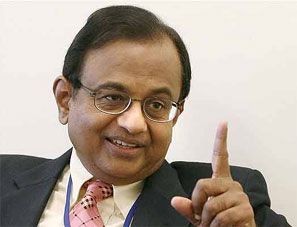 Chidambaram met members of the House of Representatives and Senate in Washington on Thursday and told them the issue of temporary relocation of knowledge workers had been linked to the larger issue of immigration.

“The restrictions sought on knowledge workers amount to non-tariff barriers,” the finance minister was quoted in an official statement here.

The Bill, recently approved by the Senate, proposes an overhaul of US immigration law. It proposes an additional $5,000 a visa as fee for firms with 30-50 per cent of workforce on H1-B/L-1 visas and an additional $10,000 a visa for firms with half the employees on such visas. The H1-B/L1 documents are non-immigrant visas that allow US employers to temporarily employ foreign workers in specialty occupations.

The US side comprised co-chair of the House &

The minister reiterated there was close cooperation between the two countries in security and defence, and the civil nuclear pact was a milestone.

The minister stressed the importance of India becoming a manufacturing hub for meeting its domestic needs and for re-balancing the global economy.

The members of Congress spoke of their interest in promoting India-US relations and advancing mutually beneficial cooperation.

The minister held discussions with Senators Mark Warner of Virginia and John Cornyn of Texas, co-chairs of the Senate India Caucus.

Representatives of Walmart, which made a major change in its top ranks in India, called on the minister.
BS Reporter in New Delhi
Source: