2 more top executives, picked by Mistry, resign from boards of Tata cos 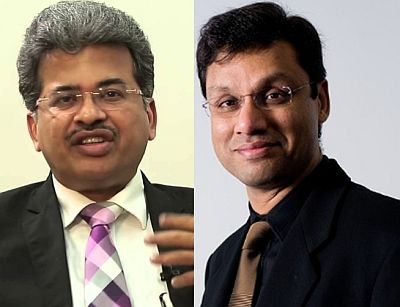 Days after the disbanding of Group Executive Council set up by Tata Sons ousted chairman Cyrus Mistry, N S Rajan and Nirmalya Kumar have resigned from their respective board positions at Indian Hotels Company and Tata Chemicals.

Rajan resigned as a non-executive director with effect from October 28, Indian Hotels Company Ltd said in a BSE filing.

In a similar intimation to the bourse, Tata Chemicals said Nirmalya Kumar, non-executive director, has resigned from the board of the company with effect from October 31, 2016.

Rajan, Kumar and Madhu Kannan, another member of the erstwhile GEC, had quit the Tata group last week.

Handpicked by Mistry, Rajan had joined the GEC in May 2013 and became the chief of human resources (CHRO) of the Tata Group. Before joining the Tata group, Rajan was partner and global leader, people and organisation, EY.

Kumar was appointed as a non-executive director of Tata Chemicals on May 26, 2016. He was also another key pick of Mistry to the GEC and was responsible for strategy at the group level.

The GEC, headed by Mistry, was set up in April 2013 with the objective of providing strategic and operational support to him.

Last week, when the ouster of Mistry by the Tata Sons board was announced, the GEC was also disbanded. Tata Group's website removed all the details related to the GEC, including profile of the members.