News
Business
Movies
Sports
Cricket
Get Ahead
Money Tips
Shopping
Sign in  |  Create a Rediffmail account
Rediff.com  » Business » Twelfth Plan should include a framework for commodities

Twelfth Plan should include a framework for commodities

T N Ninan of Business Standard, in one of his articles addresses that the Indian monetary authorities should shift their focus from headline to core inflation, a view that has been repeatedly rejected in the past. 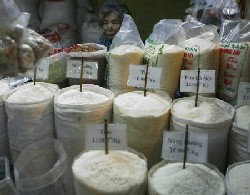 Also, experts like Indira Rajaraman argued that recent supply shocks emanating from the perishables sector could have been anticipated, but were ignored on account of unclear accountability, leading to real, avoidable distress.

These domestic macroeconomic dimensions are important aspects of what one might call the "commodities problem".

Without attention they are quite likely to intensify in an environment of fast growth and structural change.

But they are far from being the only aspects. By way of illustration, there have been increasingly frequent reports in the press of proposals for India to provide special funds to support overseas investments by public sector resource firms so as to ensure security of supply for key minerals and fuels.

These initiatives have undoubtedly been prompted by China's international resource diplomacy. The Chinese thrust has been aggressive and state-funded, although so far insignificant in its contribution to China's vast requirements, which are still largely supplied through the international markets.

Security in the supply of such traded commodities is a related concern. China rattled the markets last year by imposing curbs on exports of rare earths where it is the dominant supplier.

It is not clear whether this move was designed as diplomatic retaliation against Japan, or was a manifestation of resource nationalism.

There remains significant confusion in our own domestic policies toward the export of raw iron ore, for which China is an important customer, with repeated calls from the domestic steel industry to reserve these resources for domestic processors.

India itself has been guilty of exacerbating volatility in global food markets (to the detriment of its own farmers) by imposing export bans from time to time, reducing its reliability as a supplier.

The issue of commodity price volatility, particularly for fuels and food, has now become an issue on the international agenda, with the French Presidency of the G20 formally putting this issue on the agenda for this year.

While I personally was initially opposed to this further expansion of the G20 agenda, I am now more persuaded that it does at least in principle belong on the menu of efforts designed to ensure "balanced, sustainable and equitable growth".

I have reached this conclusion in light of increasingly persuasive evidence of the links between global liquidity conditions, international exchange rates and commodity prices, and the emergence of commodities as an important internationally traded asset class.

At the same time, it is important both not to over-react, as well as to encourage the price mechanisms that would evoke additional supply, both domestic and international.

Research presented at a recent conference in Paris indicated that food price volatility today is no greater than two decades ago.

Those of us of a certain age remember a body called the Club of Rome which in the 1970s warned of a resource apocalypse not unlike the mood of today.

Finally, in contrast to China, and in common with the advanced countries, notably the United States, India has a sophisticated and adventurous private sector which has become increasingly skilled at sniffing out value in resource transactions across the globe, without requiring risk capital from a fiscally overstretched state.

The current preparation of the Approach Paper to the Twelfth Five-Year Plan offers an opportunity to define a general stance to issues of resource security.

It is possible that this already features as one of the cross-cutting themes being considered by the innumerable task forces currently at work.

It is also useful that the deputy chairman of the Planning Commission participates at the Leaders level in the G20 deliberations.

Insights and approaches being developed globally can be infused into the development of a policy framework for ensuring resource security in food, fuels and minerals, and dealing as well as mechanisms for dealing with unavoidable price volatility.

As already signalled above, certain general principles should underpin such a cross-sectoral policy.

These should include the acceptance of international sources as an inevitable, even desirable element in security of supply.

This should go together with the conviction that the private sector, whether domestic or foreign-owned, can be relied on to ensure security of supply with lower risk once a clear and stable policy framework is guaranteed.

In sum, we need to commit to similar principles of specialisation, comparative advantage and risk management in the resources area that have become commonplace in our view of industrial strategy.

A market-dependent strategy implies placing considerable faith in the efficiency and transparency of international commodity markets, and this trust may not always be warranted.

This is where India, as both a major commodity producer and an increasingly important consumer, needs to engage with the G20 initiative, both on underlying conditions of supply, and on structures for intermediation and price discovery, such as commodity exchanges and derivatives markets.

As regards reliable, stable and competitive conditions of supply, the World Trade Organisation would remain the principal forum, despite its limited effectiveness so far.

India has so far concerned itself largely with supply distortions arising from rich country subsidies, particularly in agricultural products such as cotton.

We perhaps need to start paying more interest to codes that affect reliability of supply, of the kind that have typically concerned large food importers.

This said, any G20 work programme on commodities is likely to focus on the role of financial intermediaries involved in the process of price discovery, price stabilisation and price hedging.

History is littered with examples of failed attempts to stabilise the spot prices of a range of commodities from tin to cocoa.

There is a persistent belief that speculation in spot and derivative markets is a material influence both on volatility and the level of the spot price.

Yet every time these issues are professionally investigated, the conclusion seems to be that speculators cannot make money unless they help reduce rather than exacerbate underlying volatility.

To conclude, we are far from a professional consensus on the causes and consequences of volatility in commodity prices.

It would be most helpful if the French Presidency could aim to reach a clear, professional, research-based consensus on the role of financial markets in generating such volatility. Relevant action could then follow.

The author is director-general, National Council of Applied Economic Research. The views expressed are personal. 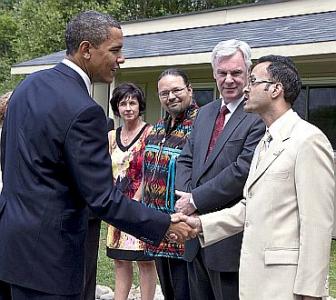 Meet the Indian behind G8, G20 summits in Canada 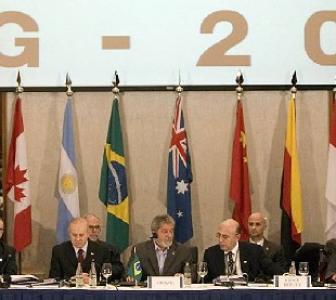 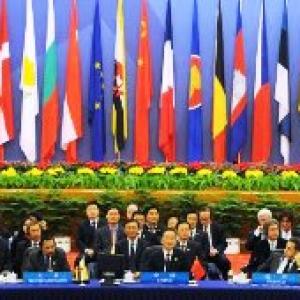