The channels were launched by the group a year ago as part of its strategy to diversify into areas other than news and current affairs.

NDTV Network, the holding company for the group's entertainment and lifestyle channels, holds 72.5 per cent in NDTV Imagine, and employees hold another 20 per cent. Film director Karan Johar owns 5 per cent and the rest is distributed among a few others.

Sources close to the development said Turner will buy NDTV Network's entire stake, though this could not be verified.

Asked about the deal, Anshuman Misra, Managing Director, Turner International India, said, "It is Turner Broadcasting's policy not to comment on speculation. India is a critical market for Turner and we are continually exploring business opportunities in the M&E space."

An NDTV spokesperson said, "We don't comment on speculation." However, sources close to the deal said the acquisition would most likely be concluded in January. "Internally, at the NDTV Imagine office, the consolidation is already happening," the sources added.

NDTV Imagine runs a channel by the same name, apart from NDTV Lumiere, a movie channel, and Showbiz, a Bollywood lifestyle channel. Both have not lived up to initial expectations. While Lumiere now has less than one per cent share among the English movie channels, Showbiz went off air, in less than a year.

NDTV posted a net loss of Rs 169 crore for the first half (April-September) of this financial year against a net profit of Rs 407 crore in the year-ago period.

Turner International, part of the Times Warner group, the fourth-largest entertainment conglomerate in the world (after Walt Disney, NewsCorp and Viacom), already has presence in India through children's channels like Cartoon Network and Pogo and world movie channel WB and news channel CNN.

It also has a joint venture with the Zee Network through which it distributes 35 channels in India, including the Zee and the Turner bouquet. Times Warner also has a content sharing and branding agreement for CNN-IBN.

Turner also forayed into the Hindi general entertainment space through the channel Real, which is a 50-50 joint venture with Miditech (promoted by the Alva brothers).

The channel, however, made little headway and is currently running on repeat programmes. Real may be looking at a new niche, probably, in the youth space. The channel's CEO Sunil Lulla quit recently.

Control over NDTV Imagine, which has a channel share of 8 per cent and is the fifth-largest channel in terms of viewership in the Hindi general entertainment space, will provide Times Warner a foothold in a fast-growing genre. Hindi general entertainment accounts for over 25 per cent of the Rs 8,000 crore-plus TV advertising pie. Currently, Turner's global competitors like Viacom (which has a stake in Colors channel with the TV18 group ) and NewsCorp (through various channels like Star Plus, Star One ) dominate this space.

NDTV has recently been consolidating its entertainment and lifestyle businesses. For instance, NDTV recently bought back NBC Universal's 26 per cent stake in NDTV Network. NBC had acquired the stake in 2008 for $150 million and, under the agreement, had the option of increasing its stake to 50 per cent by 2010 but it chose to exit instead.

NDTV Network has also roped in a strategic partner, Scripps Networks, by giving it a majority 69 per cent stake in NDTV Lifestyle, which controls the NDTV Goodtimes channel. The deal values the lifestyle outfit at around $80 million. 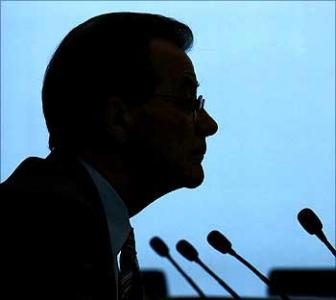