Ten central trade unions on Monday said they are considering approaching the International Labour Organization (ILO) against suspension of major labour laws in some states. The Uttar Pradesh cabinet chaired by Chief Minister Yogi Adityanath last week gave nod to the 'Uttar Pradesh Temporary Exemption from Certain Labour Laws Ordinance, 2020' to exempt factories, business establishments and industries from the purview of all, except three labour laws and one provision of another law, for three years.

The Madhya Pradesh government has also suspended some labour laws and as per media reports, Gujarat too is following suit.

In a joint statement issued on Monday, the central trade unions  also threatened to give a call for nationwide agitation to protest against such moves by state governments.

"The CTUs consider these moves as....gross violation of the Right to Freedom of Association (ILO Convention 87), Rights to Collective Bargaining (ILO Convention 98) and also the internationally accepted norm of eight hour working day espoused by Core Conventions of ILO)," the statement said.

It also noted that the ILO Convention 144 with regard to tripartism has been undermined by the governments.

"While seriously considering to lodge a complaint with ILO on these misdeeds of the government for gross violation of Labour Standards, the CTUs call upon the working class to oppose these designs.... soon the CTUs would give a nationwide call for action," it said.

The Joint Platform of CTUs and Federations/Associations denounced the blanket exemptions given to all establishments from the employers' obligation under all substantive labour laws for a period of three years by Uttar Pradesh and Madhya Pradesh.

In UP, an ordinance in this regard has been promulgated and same is going to be done in Madhya Pradesh also as asserted by the state's chief minister, the statement said.

Media reports say that similar move of liberating the employers from all labour laws is going to be initiated in Gujarat also for a period of 1,200 days, it added.

Working people have been subjected to inhuman sufferings owing to loss of jobs and wages, eviction from residences etc, reducing them to hungry non-entities in the process of 45-day lockdown, the CTUs said in the statement. The government of the day at the Centre has pounced upon those working people only with fangs and claws to reduce them to the stature of virtual slaves, the statement added.

"This retrograde anti-worker move (labour laws suspension) came in the second stage after six state governments have enhanced the daily working hours from eight hours to 12 hours through executive order in violation of the Factories Act, taking advantage of the lockdown situation. It is also reported that BJP government of Tripura is also making a similar move," the statement added.

The 10 CTUs that issued the joint statement are INTUC, AITUC, HMS, CITU, AIUTU, TUCC, SEWA, AICCTU, LPF and UTUC. There are a total of 12 CTUs. 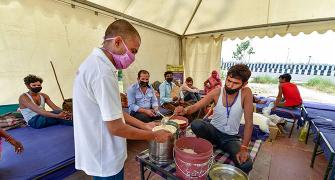 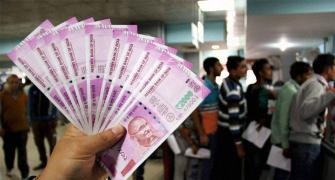 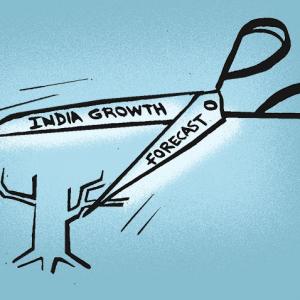