Savji Dholakia, the diamond magnate who sent away his son Dravya to Kerala to gain a 'hands-on' life experience, likes to do things the hard way, discovers Sohini Das. 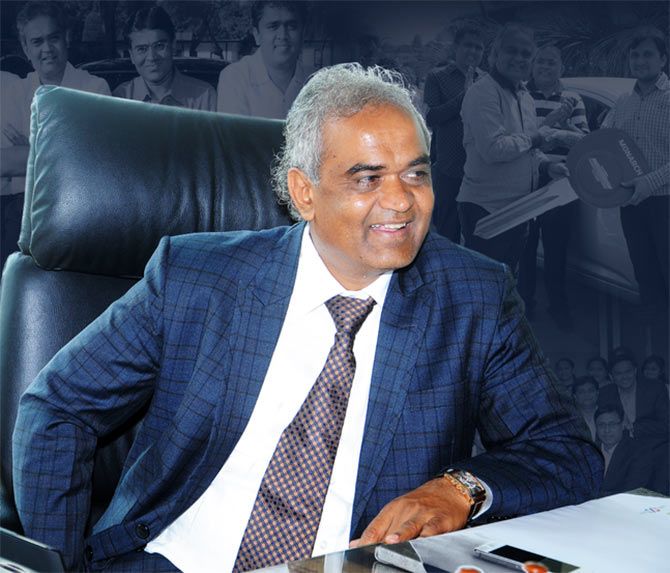 On a sultry afternoon in June, a 21-year-old youth from a south Gujarat city was found scouting for a job in the Aluva area of Kochi.

Though there has been an influx of casual workers from Bihar and West Bengal, and non-Malayalam speakers no longer generate curiosity, what aroused the suspicion of shopkeepers was that the man did not have a cell phone. Who didn't carry one in this day and age?

Moreover, he did not look at all like a farmer's son who he was claiming to be. He was a little hesitant asking for work , lacking the practised ease of a habitual job seeker.

That's because Dravya Dholakia, the son of a Surat diamond magnate and billionaire, never had to ask for work in his life.

It took him four days to land a job at a hotel in Waitala called Aarya in its bakery section. The next day he was transferred to another branch at Cheranelu where he worked for over a week.

Surat diamond magnate Savji Dholakia had shot into fame about ago years back when he had given nearly 1,200 employees lavish Diwali bonuses: Cars, apartments and jewellery.

This time he is back in the headlines for sending his son for a "hands-on" life experience to Kochi for a month, armed with just "bare essentials" and Rs 7,000 as emergency cash.

"The best training one can get is to learn on the job, but today nobody is keen to go through the grind," says Dholakia sitting in his sprawling office on Pal-Hazira road off Surat.

The architectural glass wall on his left throws up a wonderful view of a water body with ducks swimming lazily. About 20-odd Hari Krishna Exports-branded stylish bicycles are parked by the entrance for the employees to use them when they need to go about the multi-acre campus.

Dholakia Sr sure did go through the grind: He had come to Surat at the tender age of 13 and managed to build a Rs 7,000 crore (Rs 70 billion) business empire from scratch.

"I was staying at a relative's place in Surat and made Rs 179 in the first month at a diamond polishing unit. I spent Rs 140 that month and saved Rs 39," he says. "I clearly remember the happiness those paltry savings had given me: it is nothing less than how I feel today." It has been a tradition in the Dholakia family, which is known to be a great employer in Surat diamond circles (Savji is fondly referred to by everyone as Savji Kaka), to banish their youngsters into exile for a month.

The family firmly feels that it is important to know the worth of every penny earned and value the privileges they seem to take for granted.

Back in 2004, three of Dravya's first cousins, Pintu, Rajesh and Dharmesh, went to Jaipur, Vadodara and Pune, respectively, for a month.

Dravya (his name could either mean any thing in a fluid state or money) seems quite malleable.

While his mother had her apprehensions about his going to a southern town where language and food were a challenge, the father decided to press on with the plan.

"I would complain about food being too spicy at home. But in Kochi I would be glad when I would get to eat a full meal at the end of the day," recounts Dravya.

The tall youngster does not have any airs about him and talks softly.

He pauses whenever his father joins in to add notes to his experience.

One Hari Krishna executive adds that when the team went to pick up Dravya from Kochi and visited the places he had worked at, they could spot a natural camaraderie with his co-workers even before his identity was disclosed. Dholakia feels that is his son's true "report-card."

Has this taught him the value of money? For the moment, yes. "Just the other day, I could not pay Rs 40 for a bottle of water at one of these eateries. I decided to wait till we reached a small shop where I could buy a bottle for Rs 10," he announces proudly.

His father too is beaming. "It is not important what he has learnt in the past month, but now time will tell how he puts these lessons to use for the rest of his life," says the senior Dholakia.

His speech is interrupted as a pouch of polished diamonds emerges out of a vacuum suction tube and lands on a fluffy red pillow right behind his desk.

Hari Krishna Exports manufactures almost 40,000 carats of diamonds every month and over 500,000 carats in a year.

The journey this far has not been easy.

Savji Dholakia had started with a seed capital of Rs 3,900 borrowed from his father in the 1980s, and just one diamond cutting and polishing machine.

He then joined with two others and with Rs 10 lakh (Rs 1 billion) they set sail for Belgium in 1987 to buy rough diamonds. Luck was on their side: They made a profit of Rs 1 crore (Rs 10 million) in the very first year itself.

There has been no turning back since. But even today, Savji refuses to call his initial days a "struggle". "I enjoyed every bit of my journey, never felt scared or sad. It is the same difference between going hungry (bhookha) and observing a fast (upvaas). There is no physical difference between the two, it is the state of the mind that changes the perspective," he says.

He now wants his son to enjoy his journey and the only way he can do that is by starting off knowing the worth of the material pleasures that have come naturally to him in his well-appointed house by the riverside in Surat.

The 11-storey house by the river Tapi in Surat is home to a large family of uncles, aunts, nephews and nieces. Each brother of Savji has a floor to himself, about 14,000 sq ft.

Dravya says he has returned with a rich cache of experiences.

Rejection by an Adidas showroom manager (he was not smiling while attending to customers) in Kochi taught him how not to treat his colleagues. "The senior manager tried to talk to me and understand why I was stressed. But the junior manager just sacked me. I am going to be more compassionate when I deal with our employees."

Joblessness and two more days of hunting led him to a bus stop banner advertisement of a business process outsourcing outfit in HMT Colony.

He landed a night-shift job of selling a solar campaign to US home-owners to reduce their electricity bills.

Dravya's brief was not to stick to one job for long. Therefore, a week later he was out on the streets again, looking for another job. This time he managed to land one with McDonald's that would pay him Rs 30 an hour. He did not need to join the quick service joint though, as a team from Hari Krishna arrived at Kochi to pick him up.

The next day went in revisiting the people he had met during his journey and distributing presents.

Besides shock and awe, Dravya recounts, "Everyone started addressing me as 'sir'. Is it the person you respect or his money?" 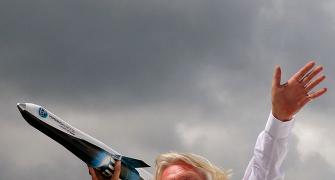 5 things to do with your first salary How to build a great relationship with your employees