News
Business
Movies
Sports
Cricket
Get Ahead
Money Tips
Shopping
Sign in  |  Create a Rediffmail account
Rediff.com  » Business » How the game is changing for Marico

How the game is changing for Marico 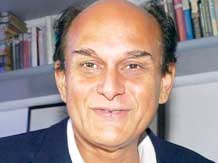 Harsh C Mariwala, the chairman of Mumbai-based consumer goods company Marico, has change on his mind.

For decades, he had been focussed on niche categories.

His strategy was to launch differentiated products in segments where there was no real competition.

And it paid off. Marico’s hair oil brand, Parachute, and anti-lice treatment, Mediker, have been leaders in the market for over 20 years.

However, now, he wants to introduce products in segments where competition is cutthroat.

The change has been forced by the growing market for grooming products such as hair gel, deodorants and body lotion, and breakfast cereals such as oats, where multinationals rule the roost.

The move has also been prompted by increased competition and a plateauing growth in Marico’s traditional strongholds such as hair oil and cooking oil.

For instance, its edible oil brand, Saffola, is now facing aggressive competition from Adani Wilmar’s cooking oil brand, Fortune, which is being marketed as a heart-healthy product.

“The identification of portfolio has been the biggest shift at our end,” says Mariwala.

“Clearly we realised that if we had to be on the right margin or get the right size, we had to enter into categories which are on a growth path,” he says.

In line with this new thinking, Marico has rolled out several products in the last two years.

The company entered the breakfast cereal segment with the launch of Saffola Oats, and the body lotion market with Parachute Advansed.

The category is growing at over 35 per cent annually with more and more urban Indian families taking to western breakfast habits. Marico has been quick to make inroads.

According to an Edelweiss Securities report, it is the second largest player in the market with 13 to 14 per cent share by value.

The success in cereals is to a large extent owing to insight into what the consumers wanted.

Similarly, stretching the Parachute brand to a body- lotion product has worked well for Marico.

In less than two years, Parachute Advansed has become the third largest player in the segment with over 7 per cent share, after Hindustan Unilever’s Vaseline and Ponds.

The shift in portfolio choice is evident in both its organic and inorganic growth efforts.

Earlier, the acquisitions were mostly in segments where Marico already had a leadership position or in categories that were so niche that it didn’t have any competition at all.

For instance, in January 2006, the company acquired Nihar brand of coconut oil from erstwhile Hindustan Lever for Rs 240 crore.

The idea was to bolster its already strong position in the hair oil market.

Over the years, Marico has developed Nihar into a Rs 500-crore (Rs 5-billion) brand in terms of turnover from Rs 120 crore (Rs 1.2 billion) at the time of acquisition.

However, with the acquisition of the personal-care portfolio of the erstwhile Paras Pharmaceutical from its owner, Reckitt Benckiser, last year for about Rs 700 crore (Rs 7-billion), it got into competitive categories such as deodorants (Zatak), hair gel (Setwet) and hair serum.

“In the past we never competed with any multinational companies; our choice of portfolio was such that it was largely insulated from competition,” says Mariwala.

“Now since we are getting into newer categories where competition is tough, organisation responsiveness has to be different,” he says. So the company has redesigned its overall capability starting from product formulations, packaging development, manufacturing and quality assurance to marketing investments.

As a first step, Marico has consolidated its domestic and international business under one chief executive officer, Saugata Gupta.

Till now the company’s overseas business, which is spread across 25 countries in Asia and Africa, was largely focussed on personal-care products and the domestic business on hair care and health food.

With the consolidation, the product portfolios of domestic and international businesses now mirror each other. The move is likely to create more synergy in operations across the globe.

At the same time, Marico has decided to go slow on product launches.

“We have realised that when we are chasing too many things, it becomes a challenge given the threshold level of investment and management bandwidth,” says Gupta, chief executive officer.

From three to four new products in a year, Marico may now launch only one product a year and grow it to a respectable size before moving on to the next product.

The idea is to chase fewer, but bigger bets.

“Once you improve innovation capability, your confidence level of getting into more competitive categories improves,” adds Gupta.

The company's effort to seek growth from new categories is understandable.

The market for its exiting portfolio is stagnating.

Its brands Parachute and Nihar together have a 57.6 per cent market share in the Rs 2,800-crore (Rs 28-billion) branded coconut oil.

For some time now, it has been driving business by pushing rigid packs instead of pouch packs. In terms of volume, rigid packs grew 10 per cent in 2012-13, but the scope for more growth is limited.

Its other major product, Saffola refined edible oil saw only 7 per cent growth in the last financial year owing to shoppers cutting back on discretionary spending.

Reducing the price has gone only so far in boosting demand, while competition from Fortune has intensified.

Streamlining its business, therefore, has become even more important for the company.

Marico has decided to demerge its loss-making skin-care services business, Kaya, which recorded a Rs 18.5-crore (Rs 185-million) loss in 2012-13 on revenue of Rs 336 crore (Rs 3.36 billion). Kaya will be demerged and listed separately as Marico Kaya Enterprise to give it the focus it requires.

These structural shifts have been received well by investors.

“We maintain our structurally positive view on Marico given the steady growth outlook in the core portfolio and its increasing ability to create additional growth in the categories of tomorrow such as skin care, personal care and foods,” said Nikhil Vora, analyst at IDFC Securities, in a recent note after the company’s annual result.

However, the success of its plans will depend on how well it is able to defend its market share in its existing businesses.

The company has cut back prices to boost demand for Saffola, but making headway against Fortune won’t be easy.

Adani Wilmar claims Fortune is healthier than Saffola, a claim that has been disputed by Marico.