The beginning of a new auto war

The Toyota affair was big for a recession-era car launch. Two huge halls were joined together at a suburban five-star hotel, a mock globe was hung at the middle with the slogan "The pride of the world" written across it. Huge projection screens dominated and the audio system could have made Bryan Adams happy. The world's largest car-maker today left no stone unturned as they launched the most expensive car in the world to wear a Toyota badge (mind you, we are not talking Lexus yet).

Make no mistake, the launch of the Land Cruiser was magnificent. Toyota, perplexed by the successful run of mega-expensive Sports Utility Vehicles (SUVs) like the Audi Q7, BMW X5 and Porsche Cayenne decided that it was time they unleashed their flagship (and not the city-centric Prado) Land Cruiser in India. So, they went for broke and launched the fully-laden versions with price tags on the wrong side of Rs 80 lakh.

The all-new Toyota Land Cruiser, with a V8 diesel engine capable of pumping out 286 PS and stump-pulling torque of 65 kgm, is as state-of-the-art as it comes to off-roadability as well as on-road dynamics. A total of 10 air-bags will take care of life on board if the multi-terrain ABS and other active safety features don't. A 6 DVD, 14-speaker JBL system and a four-zone air-con with 28 (count them!) outlets ensure the prospective owners will not miss their home while tackling global warming in some remote part of mother earth.

Show of strength? Wait till the Rs 20 lakh Fortuner and the "small car" come.

Those who dared to miss the sumptuous lunch and travelled to the other end of the suburb witnessed the first public appearance of GM India after its parent company filed for Chapter 11 bankruptcy in US.

Karl Slym, president and managing director of GM India, waited patiently and moved from table to table for journalists to arrive from the Toyota launch. There were two screens (much smaller) all right and the music system was basic. The presentation consisted of Chevy advertisements in India and nothing more.

The occasion? The Indian arm of what was not so long ago the largest car company in the world launched an LPG version of its successful small car the Spark. This is the first LPG car in India to roll out with sequential injection.

Slym spoke of environment friendliness and alternative fuels and emphasised the three year/1,00,000 km warranty available even on the LPG model.

And the price? Starts at Rs 3,50,000 -- cheaper than the LPG contenders from Suzuki and Hyundai, the marketing chief announced. And then we broke for lunch.

Strange as it may seem, Toyota sold just about 51,000 units last year in India, while GM India managed slightly better with 61,000-odd cars. GM already has a second car plant in India, while Toyota is only busy building one. GM already has a Rs 20 lakh SUV in the Captiva and Toyota is yet to launch one. Old by design it may be, but the Chevy Tavera is giving a good run to the Toyota Innova in the people-mover segment. GM already sells two small cars in the UV-A and the Spark, while Toyota is yet to enter the segment.

In short, the world's largest car company still has some catching up to do. And GM is all ready to launch a new small car by the end of the year.

The fight between Toyota and GM may be is over elsewhere -- but we may have just witnessed the beginning of a new war today. A war that will be played in developing markets like India. 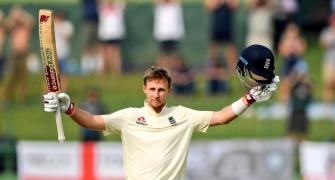