From spending a little less than three hours on making voice calls, Indians are spending well over 5 hours.

So, while people make more calls, they are spending less than ever, reports Romita Majumdar. Looking at data from the Telecom Regulatory Authority of India (Trai), one would think operators have finally managed to arrest fading revenues from voice calls due to booming internet consumption.

But despite an 83 per cent rise in outgoing voice calls, operators witnessed revenue from calls reducing to a fifth of what it was seven quarters back (October-December 2016).

The share of revenue from calls commensurately reduced to a third during this period, according to Trai's performance indicator reports from Q3 2016 to Q2 2018.

Only the data revenue has doubled during the period.

The tariff pressure on the industry has been driving telcos to adopt a heavy investment and low revenue strategy to woo customers.

All numbers are for GSM and LTE connections.

From July-September 2018, Trai has started including CDMA numbers with GSM-LTE numbers as the base is negligible.

During the same period, the share of total revenue from calls also dropped from 45 per cent to 13.5 per cent.

Yet, outgoing minutes of usage (MoU) per subscriber per month consistently increased over 83 per cent.

So, from spending a little less than three hours on making voice calls, Indians are spending well over 5 hours.

So, while people make more calls, they are spending less than ever.

According to India Ratings, the outlook for the sector will continue to remain damp in FY20 even if prices manage to recover simply due to the massive losses witnessed over the past two years. The focus of operators will eventually shift to average revenue per user (ARPU) from subscriber market share (SMS), according to India Ratings.

The share of 4G subscribers, who offer higher ARPU, will be a critical profitability indicator, said Prashant Tarwadi, director, and Tanu Sharma, associate director, at India Ratings and Research.

Even revenue growth would be uneven across telcos and Jio is positioned to outperform peers with its superior offerings.

Over the past year, while Jio's USP has been increased data usage and cheaper data prices, this period has also witnessed a spiralling growth in voice calls as exhibited by Trai's performance indicator data.

While analysts agree that a large part of this comes from free calls on the Jio network, it doesn't take away from the fact that cheaper telecom plans have drastically increased voice usage.

It could even see a decline, as India is a dual-SIM market, which could consolidate with ARPUs trudging upwards, the rating agency said.

The ARPU is likely to improve over H2 FY19-FY20, as the minimum recharge plans launched by Bharti Airtel and Vodafone Idea will weed out low ARPU customers.

In December, both Vodafone Idea and Airtel made changes to their flagship Rs399 plan while increasing prices of 28-day validity plan.

The pricing recovery in FY20 is unlikely to be sufficient to compensate for the revenue loss witnessed in the preceding two years, India Ratings said.

The general consensus among analysts is that Jio will increase prices once it reaches a revenue market share (RMS) of 40 per cent.

At the end of the September quarter, Jio's RMS expanded to 26.1 per cent led by revenue growth. 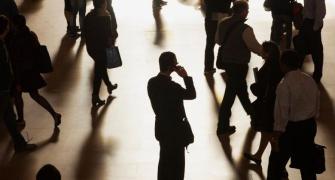 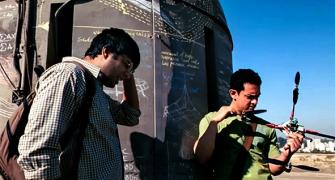 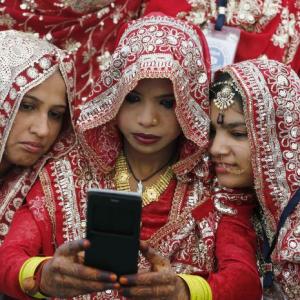