Ashok Kumar Gupta, chairman of the Competition Commission of India (CCI), has never minced words while talking about the giant technology companies, referring to them on multiple occasions as “centres for entrenched and unchecked dominance”. The anti-trust regulator has, in fact, been cracking down on big technology companies such as Google, Apple, Facebook, and others, after they were hauled up by regulators and lawmakers in Europe and Australia.

However, in several instances, existing regulations have prevented the CCI from going all out against these companies for anti-competitive activities.

Insiders say that the regulator wants more teeth and a wider mandate if it is to take action against Big Tech.

It wants to ensure that the digital markets remain open to new entrants and that competition on and between the digital platforms takes place on merit.

“This has become more critical during the pandemic, as an increasing part of economic activity is being channelled through the digital mode and a small number of firms have taken key intermediation positions,” a regulatory source said.

He added that this shift in the market has posed a huge challenge for lawmakers and enforcers seeking to address the bargaining power imbalance and information asymmetry between platforms and their business users.

New rule in the works

To address this concern and to enhance the CCI’s scope over digital markets, the Indian government is planning to bring changes to the existing competition regulations.

It is possible that the Bill will also introduce a “deal value” threshold.

This is mainly to tackle highly valued targets in the digital sector which may not have a significant asset base or may not generate significant turnover.

The valuations of these entities come from their access to a large customer base, and data and intellectual property.

The draft Bill, which is awaiting approval from the Cabinet, is expected to be tabled in the upcoming session of Parliament.

"The CCI, in recognition of this, has in certain instances gone beyond traditional indicators of market shares and price parameters to focus on how competition in the digital economy is evolving around non-price parameters, including privacy, to initiate an investigation into Facebook’s WhatsApp,” said Vaibhav Choukse, partner (Competition Law) at JSA.

However, others like Akshayy S Nanda, partner, Saraf and Partners, says, “It is critical for the CCI to ensure a balance between consumer welfare and digital players’ incentive to innovate.”

The business models of firms operating in digital markets can be complex and many-sided, often involving reliance on data, and may include zero price markets.

The nature of data, the difficulty of understanding the operation of algorithms, and other complexities mean that the authorities need to apply new tools and approaches to investigate anti-competitive behaviour in digital markets.

In the early years of the rise of the digital economy, there had been several complaints against major e-commerce platforms, which were dismissed by the CCI on account of their negligible market shares.

Experts point out that anti-trust analysis in the e-commerce space depends heavily on the correct delineation of the relevant market — that is, offline versus online — as this determines whether an e-commerce platform is in a dominant position or not.

However, in the early days, the regulator had taken the relevant market to include both online and offline retail.

The decision was driven by the fact that marketplace platforms were still at a nascent stage and the CCI felt that any intervention in these markets needed to be carefully crafted, lest it stifled innovation.

However, the CCI did acknowledge that online and offline markets differ primarily in terms of discounts and the shopping experience they offer to their consumers.

This initiated the idea that online channels themselves were a market.

Keeping to the goals of competition laws provided in the preamble, the CCI can effectively use the existing elastic legislation to ensure free and fair competition in the digital markets.

In addition to the competition laws, the consumer protection laws as well as the data portability provisions under the proposed Personal Data Protection Bill will ensure that the digital markets remain competitive in the times to come, experts said.

It passed final orders in 70 antitrust matters and found contravention in 9 such matters.

It also disposed of 90 combination cases.

According to industry stakeholders, it is quite impressive that the CCI has taken cognisance of the antitrust challenges and monopoly tendencies of tech giants such as Google, but at the same time it is also essential to have a proactive approach, they say.

It might be mentioned here that the CCI launched a probe two years ago into Google’s play store.

The matter is yet to be adjudicated.

South Korea’s antitrust regulator had also levelled similar charges against Google and had fined it $207.4 billion for its alleged abuse of the market dominance in the mobile operating system and app markets.

The South Korean parliament’s new rule will rein in the dominance of Google and Apple over payments on their respective app stores.

In Europe, Google is fighting a 2018 decision from the EU’s executive commission that imposed a $5 billion fine for its anti-competitive practices. 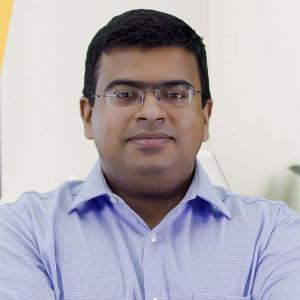