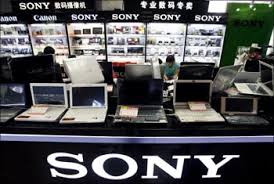 Computer devices under the VAIO brand contributed 20 per cent to Sony’s turnover, third only to televisions under the Bravia brand, which makes up for 35 per cent of its revenues, and Xperia range of mobility devices the company claims accounts for close to 30 per cent.

Digital cameras under the Cyber-shots brand name gives Sony India 15 per cent of its revenues.

Responding to a questionnaire, Sony India said it would continue to retain repair parts and after-care services according to the Indian law.

The company will also cease all sales and marketing activities related to VAIO, after the clearance of its Spring 2014 line-up.

With a significant chunk of its product portfolio out of the window, Sony in India is left with TVs, digital cameras, smart phones and gaming consoles.

Of this, gaming consoles under the Playstation platform is a separate entity, controlled by the London-headquartered Sony Computer Entertainment Europe.

As part of its restructuring plan, TVs will be hived off into a separate unit, a wholly-owned subsidiary of Sony Corporation.

Sony India says the TV business will not see a change due to the restructuring.

“The purpose of this change is to strengthen the TV business. It will not have any direct impact on customers.

“The sales and marketing activities will continue in a robust manner as in the past,” said the company.

With its losses mounting in the TV business, the pressure to recast the business is growing.

In Indian terms, this would mean screens with a ticket size of Rs 150,000 and above, which is largely pushed into corporate offices, say analysts.

Although the propensity for larger screen sizes has been growing in India, lay consumers typically don’t cross the Rs 100,000- price point while buying

And this market is driven largely by lay consumers than the institutional segment, implying Sony is chasing a small pie.

Does it, then, make sense for the Japanese giant to put its might behind a small segment?

“There will be an impact.

“While Sony was not the leader in most categories it operated in, these segments (TVs, laptops) were big for them,” said Arvind Singhal, chairman and managing director at Technopak.

“It is no longer possible to charge a price premium.”

Which could partly explain why Sony is opting to shift its attention to bigger panels than smaller units.

“Sony will have to balance the need to get costs down, and the imperative to deliver stellar products that will ignite consumer interest,” said an analyst with Macquarie Securities.

“A majority of prospective VAIO buyers would have no other option but to shift to Apple, another player which has a premium tag,” said an analyst with a retail consulting firm.

Sony, incidentally, might not be the last PC maker to exit the business this year.

In India, the PC market grew 4.8 per cent last year, and is expected to shrink considerably this year amid no big announcements around education projects and delay in decision-making due to general elections. 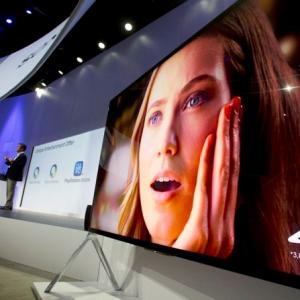