Besides working on better operational control, internal efficiency and leveraging of internal talent, Salil Parekh is also focusing on building a pipeline of leaders 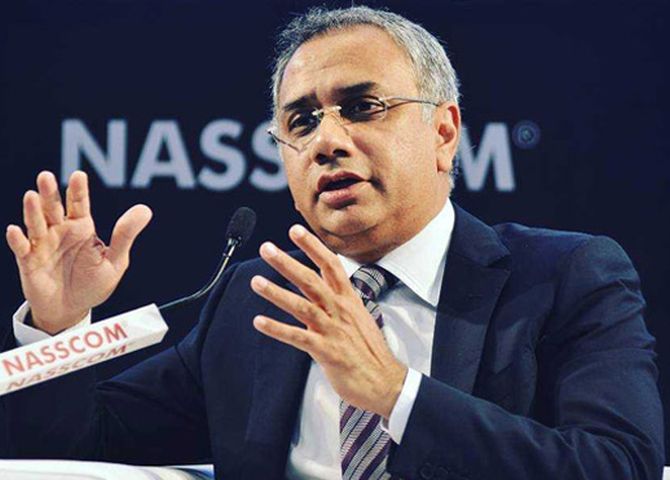 Parekh, a former Capgemini executive, who joined Infosys this January, plans to lay out a road map for the medium to long term, according to sources.

Parekh is also focusing on building a pipeline of leaders. Earlier this month, the company included three senior leaders as his direct reportees - Nitesh Banga, senior vice-president (SVP) and global head of manufacturing and Edge products; Sudip Singh, SVP and head of engineering; and Anand Swaminathan, SVP and global head of communications, media and technology.

“Nothing has changed at the ground level. Earlier, the four presidents reported directly to the CEO and MD.

"After Sandeep Dadlani and Rajesh Krishnamurthy’s exit last year, their roles were split.

"It was prudent to bring some of these senior leaders who are managing large global responsibilities under the CEO’s direct control,” sources said.

His role was then split between Nitesh Banga, given the charge of manufacturing and Karmesh Vaswani, named global head for retail, CPG & logistics.

“There is focus to groom and empower internal leaders more with leadership roles but the company is also hiring a lot of outsiders in senior positions, though not in leadership roles,” a source said.

Infosys was known to be heavily focused on grooming leaders internally, looking out only when there were not enough internal candidates to fill a position.

With Parekh at the helm, that culture seems back at Infosys.