Mohanjit Jolly lost a good amount of weight during this pandemic as he walks about 20,000 steps (10 miles) every day in Silicon Valley in the US.

What also helped in this transformation is that he started cooking and eating home-made food.

Before the pandemic, a lot of travel and hopping from one hotel to another was a key aspect of the job for Jolly, partner at venture capital firm Iron Pillar.

Jolly is also keeping a close tab on the huge transformation he is seeing in the Indian startup ecosystem.

When he first moved to India in 2007, Jolly said he would get upset with entrepreneurs for not thinking big enough like creating $1 billion companies.

A lot has changed since.

“I am a fundamental believer in this concept called success begets success,” said Jolly, who is based in Palo Alto.

“Once you see an outcome like Byju’s, Ola and Oyo on the consumer side and Freshworks and Druva on the enterprise side coming out of India, then the entrepreneurs say ‘I can do that too.’ That is a massive mindset shift that has taken place.”

Indeed, this mindset shift and democratisation of technology to build world-class products and services, sitting out of not just Bengaluru and Chennai, but even smaller cities like Bhubneshwar and Chandigarh, has given a lot of confidence for top venture capital and private equity firms to place larger bets on the country this year.

“We think there would be over 150 unicorns in India by 2025 from about 59 unicorns,” said Jolly, whose firm has backed global companies building products from India, including Ushur, the no-code intelligent automation firm, e-commerce company Freshtohome and artificial intelligence firm Uniphore.

The coronavirus pandemic is also expected to accelerate big-ticket venture capital, private equity as well as consolidation related deals in unicorns (a startup valued at more than $1 billion) and soonicorns in the country, according to many venture capitalists and industry experts.

They said these mega deals which would be worth a few hundred million dollars might even go up to $1 billion in each company, especially in sectors such as e-commerce, edtech, fintech and foodtech which have benefitted from the tailwinds as the pace of digitisation increases.

For instance, foodtech firm Swiggy is in talks with new and existing investors including Qatar Investment Authority, GIC, Falcon Edge, Prosus and DST Global to raise almost $1 billion in funding this year at about $5 billion valuation, according to the sources.

The Tata Group is in the final stages of acquiring a majority stake in online grocery startup BigBasket for about $1.31 billion, according to people familiar with the development.

“The corporate engine in India is also now getting accelerated towards the startup ecosystem,” said Anuj Golecha, co-founder at Venture Catalysts.

“Whatever they were not able to achieve within their organisation, they are attaining that through acquisitions.”

Then there are big tech companies including Facebook, Google and Microsoft which are eyeing large strategic investments in Indian startups.

This helped the 18-month-old Glance to become the fastest company to reach unicorn status.

The pandemic has caused significant customer pull in everything having to do with e-commerce, remote work and connectivity.

“What might have taken years has happened within months,” said Jolly of Iron Pillar.

There are a couple of key trends that are true not only in the US but in India and other geographies as well.

“There is a definite flight to quality (of startups), leading to an acceleration in mega-rounds,” said Jolly.

“This trend is already in place in India, and will accelerate in existing categories as well as new categories such as gaming.”

Despite the pandemic, the private equity and venture capital (PE/VC) sector recorded investments worth $47.6 billion across 921 deals in 2020, almost at par with the previous year, according to a report by Indian Private Equity & Venture Capital Association and EY.

This was on the back of investments worth $17.3 billion in Reliance Group entities.

“Until the investment in Reliance’s Jio last year, the funding scenario was looking bleak.

"The Jio deal was a huge (event) which would have an impact this year as well,” said Arun Natarajan, founder of private equity and venture capital deal tracker Venture Intelligence.

He said the geopolitical equation between India, China and the US is also playing a role in the funding deals in the country.

“We are going to see an increase in deals by the U.S and domestic investors compared to Chinese investors.”

According to industry insiders, top American investors such as General Catalyst, March Capital, Insight Partners and GGV Capital are looking to place large bets on India this year.

The other such top US investors include TCV, Andreesen Horowitz and Greylock Partners.

“The amount of capital and the stage at which it is available now is phenomenal,” said Anshoo Sharma, chief executive at offline discovery and rewards platform magicpin.

“As the market is opening up, the belief about the potential here is becoming real and all the capital patiently waiting on the sidelines is starting to come in,” said Sharma, a former investor with Lightspeed Venture Partners.

Many of the investors strongly believe that there will be several IPOs (initial public offering) of India companies at the American stock exchange Nasdaq and New York Stock Exchange in addition to listing in India starting in 2021 and accelerating in 2022 and 2023.

This is already happening on the enterprise front where Indian entrepreneurs who are building products from India for the world (although the companies may be domiciled in the US or Singapore), have already gotten phenomenal exits. Some of these firms include Nutanix, Zscaler, AppDynamics and PubMatic which are based in the US with large India development hubs.

Then there are companies such as  Druva, Freshworks, InMobi and the likes of Zomato, Swiggy and Delhivery which are looking to tap the public markets, according to industry sources. 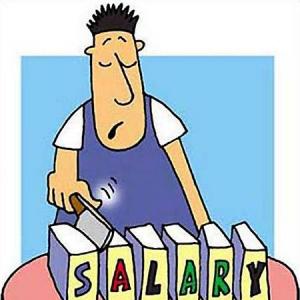 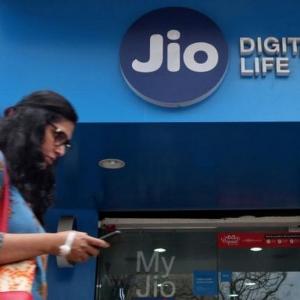