Taxman eyes Rs 100bn in recovery from 'struck-off' cos

The CBDT asks ministry of corporate affairs not to oppose its application to restore the companies struck off by the Registrar of Companies, as it would prevent the board from launching tax recovery proceedings against them. 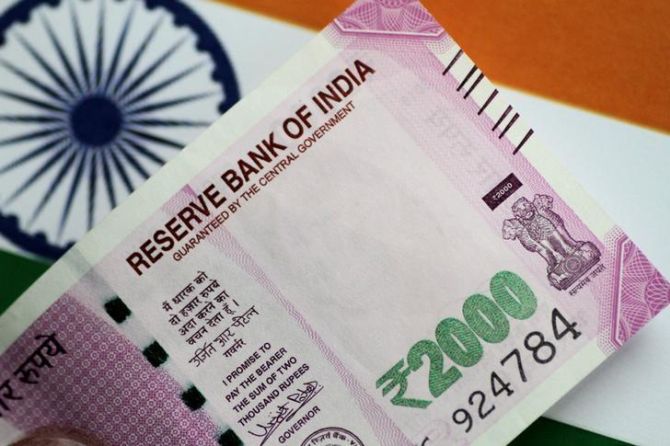 The income-tax department is estimating tax recovery of over Rs 100 billion from companies that have been struck off from records of the Registrar of Companies last year.

The tax department is in the process of filing a petition before the National Company Law Tribunal for restoration of registration in as many as 50,000 such companies.

The RoC had struck off 300,000 companies after it was found they had not filed their statutory returns.

Directors of these companies have been prohibited from holding directorships in any other company.

The move follows Central Board of Direct Taxes' directive to identify, process and file petition to restore these companies by August 31.

The board also asked the ministry of corporate affairs not to oppose the restoration application in the tribunal, as such a move would refrain them from launching tax recovery proceedings against these firms.

"Several of these companies are restricted to operate their bank accounts and movable and immovable properties until they are restored. The restoration will compel these firms to make relevant disclosures of credentials under Companies Act, and then accordingly tax proceeding will be initiated for tax recovery," said an I-T official.

Tax industry experts, too, believe that restoration is essential to recover taxes due from these firms.

"The tax department is contesting the strike-off of so-called companies as in several cases there would be pending tax demands that cannot be recovered if the company is not active.

"Also, even in cases where genuine companies have been struck off, with the best intentions, the companies would not be able to pay the tax dues as all their assets including bank accounts would be non-operational," said Amit Maheshwari, partner at Ashok Maheshwary & Associates LLP.

The I-T department is of the view that these companies abused their corporate structure by creating multi-layering during demonetisation for cash deposits.

The I-T probe also reveals that many individuals have used these firms for siphoning money or converting undisclosed cash to legitimate money post the note ban.

Official data say that 35,000 companies deposited and withdrew cash worth over Rs 170 billion after the note ban, through about 60,000 bank accounts. It was noticed that the accounts that had negligible balance on November 8, 2016, have seen significant cash deposits and withdrawal during this period.

According to people with knowledge of the matter, along with restoration, the I-T department will also start issuing notices to these firms under Section 179 of the I-T Act, which makes the company's directors/promoters liable to pay dues on behalf of the firm, without adjudication by the court.

Further, tax recovery officers have been asked to conduct survey operations on select firms where the tax demand is high.

In cases where assets or bank accounts are lying abroad, the department will seek the foreign tax authority's assistance to recover tax claims with the provisions in the relevant treaty, said another senior official.

Sources said that in a meeting of a task force on shell companies set up by the Prime Minister's Office, on November 30 last year, the director general of corporate affairs had suggested that the tax department approach RoC for taking up the matter of reviving these companies.

It was also suggested that revenue considerations should weigh in favour of restoring them.

Apart from these companies, another set of above 200,000 firms have been sent notices and action will soon be taken against them.

However, the tax department wants MCA to keep them posted before striking off any company, since there could be tax dues.