Dissenting states including Chhattisgarh and Kerala, have made it clear they are in no mood to relent. They want the Centre to borrow the entire Rs 2.35 trillion this fiscal citing bleak fiscal position. IMAGE: Opposition MPs demand that GST dues to states be cleared, in their protest during the monsoon session of Parliament on September 17, 2020. Photograph: ANI Photo.

Controversy around the goods and services tax (GST) compensation payment to states has refused to die down.

A day after the Centre changed its stance and agreed to borrow Rs 1.1 trillion and lend to states in lieu of the promised compensation payment, dissenting states including Chhattisgarh and Kerala have made it clear they are in no mood to relent. They want the Centre to borrow the entire Rs 2.35 trillion this fiscal citing bleak fiscal position.

While Chhattisgarh Finance Minister T S Singh Deo told Business Standard there should not be a bargain on the issue by the Centre, Kerala Finance Minister Thomas Isaac argued that the matter on how much of compensation was to be deferred to 2023 was not resolved. Chief ministers of Congress-ruled states met on Friday to discuss the way forward on the GST issue.

Former finance minister P Chidambaram tweeted on Friday that while he welcomed the change of heart (of the Centre), there was no clarity on who will borrow the Rs 1.06 trillion and how the debt will be serviced and repaid.

Meanwhile, Union Finance Minister Nirmala Sitharaman wrote to states, pointing out that they will get unconditional access to resources worth Rs 2.16 trillion in the current fiscal under Option 1, which is about 90 per cent of the total estimated GST revenue shortfall of Rs 2.35 trillion.

With states eligible to borrow an additional 0.5 per cent of gross state domestic product unconditionally under this proposal amounting to Rs 1.06 trillion and  Rs 1.1 trillion borrowing under the ‘special window’, Sitharaman pointed out that it will more than cover the funds that they would have received in FY21 if the total compensation were paid in full.

“I am informed that out of an estimated shortfall of the Rs 2.35 trillion accruing in the current financial year, Rs 1.83 trillion would have been payable this year and the rest next year…Under option 1, the state will not face any cash shortfall relative to the hypothetical position if they had got the total compensation under the Act,” she said.

Under this option, the entire principal and the interest on Rs 1.1 trillion, will be repaid via compensation cess collection, which has now been extended beyond June 2022.

However, states demanded that the remaining sum of Rs 1.06 trillion should also be borrowed by the Centre and the interest and principal on that should be covered by the compensation cess. They argued that his amount should also not reflect under the states’ debt like in the case of Rs 1.1 trillion.

Sitharaman highlighted in the letter that the central government is facing serious budgetary constraints and the central fiscal deficit this year will be far in excess of what was budgeted.

Chidambaram, in his tweet, said, ‘’States are opposed to borrowing on their own account. States are right. There is no difference between the first amount and the second amount. Centre must resolve the impasse immediately by offering the same terms for Rs 1.06 trillion as it has now offered for Rs 1.1 trillion.” He further wrote, “Having taken the correct first step, I urge the PM and the FM to take the second step also and re-establish the trust between the Centre and the States.”

Chhattisgarh FM Deo said, “Either it is a constitutional position that the Centre should accept with full grace and responsibility and compensate states for the entire shortfall or say that they don’t agree with the Constitution.”

Isaac said, ‘’Negotiate this point and reach a consensus. Provide full compensation payment of Rs 2.3 lakh crore this year itself. Since under the new arrangement additional borrowing does not affect the fiscal deficit of the Centre, why should it hesitate to borrow the full amount,” he argued.

The Union finance ministry had on Thursday said the entire Rs 1.1 trillion estimated shortfall arising on account of GST implementation (excluding Covid losses) would be borrowed by the Government of India in appropriate tranches and would be passed on to the states as a back-to-back loan in lieu of GST compensation cess releases. It will avoid differential rates of interest that individual states may be charged for their respective state development loans and will be an administratively easier arrangement, it pointed out.

The offer came three days after the second part of the 42nd GST Council meeting remained inconclusive even as the Centre operationalised borrowing for 21 states that picked Option 1. Kerala had threatened legal action against the Centre after the GST meeting.

Official sources pointed out that Reserve Bank of India had urged the Centre against borrowing by states as it would have been impossible to provide loans at a uniform rate to all states. 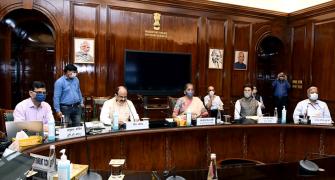 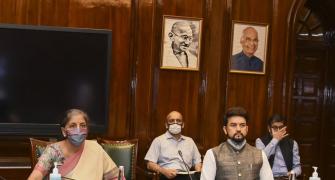 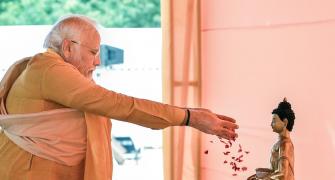 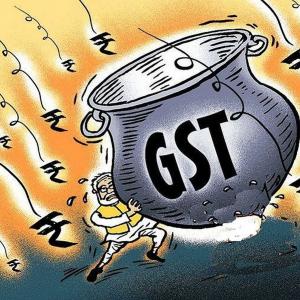