Amid a chorus by non-NDA ruled states for compensation of GST revenue shortfall, the Centre on Thursday presented two options to states under which they can borrow from the market to make up for the estimated deficit of Rs 2.35 lakh crore this fiscal. At the end of a five-hour long meeting of the GST Council, Finance Minister Nirmala Sitharaman said there was no proposal to raise tax rates to make up for the shortfall that has been compounded by the Covid-19 pandemic.

Citing a legal opinion from the attorney general, she ruled out the Centre making good the shortfall from either its coffers or borrowing against its balance sheet.

The deficit can be made good by states borrowing using a special window, she said, adding gthat this loan can be repaid after five years from the collection of GST cess.

If states agree to either of the options, it would effectively mean that cess would continue beyond five years of the GST rollout.

In 2017, all states agreed to subsume their local taxes such as VAT into the new, nationwide Goods and Services Tax in return for the Centre promising to make good any loss of revenue in the first five years.

But with the economy slowing down, Rs 70,000 crore shortfall was seen in the last fiscal and this year it is estimated to widen to Rs 2.35 lakh crore.

Revenue Secretary Ajay Bhushan Pandey said out of this amount, only about Rs 97,000 crore is attributable to the implementation of GST, while the rest in on account of the coronavirus pandemic hitting the economy.

Pandey, who is also the finance secretary, said while GST collections have been impacted by the pandemic this year, there was a shortfall of Rs 70,000 crore in 2019-20 (April 2019 to March 2020) which was made good from the surplus of previous two years.

When GST was implemented in 2017, the Centre had promised to compensate states for any revenue loss for five years from a pool created by levying cess over and above the GST on luxury and sin goods.

This cess pool generated a surplus in the first two years but witnessed a deficit in FY20 as well as the current fiscal.

Detailing the options presented to the states, Sitharaman said the Centre, in consultation with the RBI, will provide a special window to states to borrow Rs 97,000 crore at a reasonable rate of interest. This money can be repaid after five years from the collection of cess.

The other option is that the states borrow the entire GST compensation gap of Rs 2,35,000 crore through the special window.

The states have seven working days to decide which option they want, she added.

Sitharaman said, "The interest from borrowing would be repaid from the cess collected in the years beyond the first five years of GST implementation."

"There will be no additional burden on the states," she said, adding that the states have been asked to borrow through the RBI to ensure they do not rush for the borrowing and there is no hardening of bond yields.

The minister said the GST Council decided that the borrowing arrangement would be for the current fiscal and a review would be done at the beginning of the next financial year.

"We very clearly said in both the options... that we shall facilitate talking to the Reserve Bank and getting it at a G-Sec proportionate number of years linked rate for all the states so that each state does not have to go running for the loan and face different situations and in the process the bond yields (turn) higher.

"So we said we will facilitate it, but the borrowing can be done in the name of the states and all states roughly can get the same rate of interest," Sitharaman said.

A detailed note on the two options would be shared with the states and they would give their views on it in seven working days.

The minister said as soon as an arrangement was agreed upon by the GST Council, the Centre will clear the pending bi-monthly compensation. The compensation amount due for April-July period stands at Rs 1.50 lakh crore.

"This year we are facing an extraordinary situation... We are facing an act of God which might even result in a contraction of the economy, to what percent I am not getting into.

"Therefore, we said that a portion (of compensation) which strictly is hardwired in the (GST) Act, we will arrange, give it to you...," Sitharaman said.

She said both the options hinge upon the fact that borrowing will be done by the states.

"We explained why it would be preferable for the states to borrow and not the Centre and also we said if states are going to borrow, instead of crowding out people, we will facilitate the process through the central bank," she said. 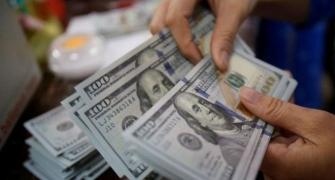 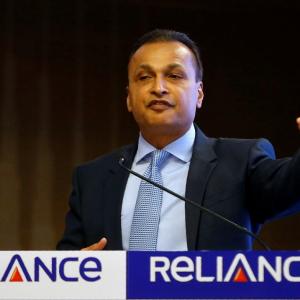