Employee unions of four state-owned non-life insurers have called for a merger of all these companies and form a single general insurance behemoth to strengthen their market share and become more profitable. 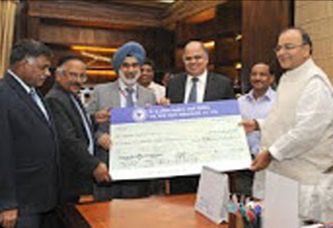 The demand was made at a meeting of a delegation of Bharatiya Vima Kamgar Sena (BVKS), the umbrella body representing the unions from all these four insurers, which had called on Finance Minister Arun Jaitley in New Delhi earlier this month.

The delegation, which met the Finance Minister on August 6 to oppose the 49 per cent FDI proposal, was led by two Shiv Sena MPs Anilbhau Desai and Sanjay Raut from Mumbai.

"During our meeting with the minister and financial services secretary GS Sandhu, we demanded merger of all the four PSU non-life players to form a monolithic corporation, which shall strengthen our market share and help us serve rural and social sectors better," New India Assurance union president Sharad Jadhav told PTI.

Currently, the four state-run general insurers have a combined market share of a little more than 55 per cent, while the 20 private players control the remaining space.

These PSUs are currently competing mostly against each other by cutting premium rates, which has affected both their market share and profitability apart from providing advantage to private players.

Jadhav also said a merger can help the customers as well as the cost of management expenses will also come down, which can be passed on to customers by way of lower premium.

"If all the four PSU non-life insurers join together to form a single monolithic corporation, then we can save our premium income to the tune of Rs 10,000 crore (Rs 100 billion) annually which will further help boost our profitability," he added.

"The BVKS has been strongly demanding merger of all state-run non­life insurers into one company on the lines of LIC, which still is the dominant market leader with over 70 per cent pie in spite of competing with over two dozen private players," New India Assurance union leader Prasad Samant said.

However, the managements of state-owned non-life insurers are not in favour of the union demand.

"Each of the four state-owned non-life insurers is strongly capitalised and established quite well in the market. They have developed systems and processes which can help them meet and survive the private sector competition," a senior official of a state-run non-life player said.

"All these companies have got strong distribution channels and product range which can meet any level of competition now. Merger of these four companies would not add any value to increase customer service," he added. 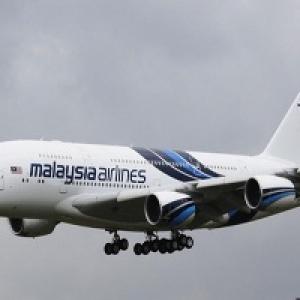