State of economy spooks BJP allies, but no one's listening

Its governing allies are not happy on the economy and complain of ignored concerns but find themselves unable to be assertive. 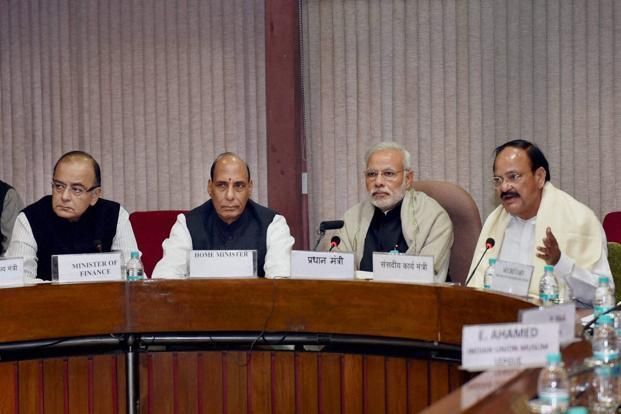 Prime Minister Narendra Modi’s recent address to company secretaries on the economy had beamed a mixed message to his Bharatiya Janata Party’s allies.

The ruling National Democratic Alliance’s constituents didn’t find much to cheer, feeling Modi had not touched on their fundamental concerns, while he sought to appropriate the ethical space by emphasising the Centre’s ‘combat corruption’ agenda.

To make the point, an NDA leader, who wished to remain anonymous, recalled a knockout punch delivered by a Democratic presidential candidate during the 1984 US primaries. He asked “Where’s the beef?” when his opponent claimed during a debate of being full of “new” ideas. Walter Mondale had reprised a line from a TV commercial for Wendy’s fast food, in which an old woman wondered if her burger had anything inside.

“A guy who has to vote and is starving is not going to think if a government’s corruption-free. It’s not a kosher word but where’s the beef? The guy will be concerned about his immediate problems,” the leader said.

In step with worries over decelerated economic growth, slipping industrial production and job cuts, the NDA’s principal entities have become a bit impatient at the Centre’s refusal to engage with them on macro economics. They also feel helpless.

Barring the Shiv Sena that indefatigably attacks the Centre, regardless of whether it’s heard, the others are wondering if they count in the political scheme.

“The sense of togetherness in Atal Bihari Vajpayee’s time is missing,” said an MP from the Telugu Desam.

Unlike that previous coalition that had featured a coordination committee helmed by an alliance leader, he said, the BJP has not set up a consultative mechanism this time.

“There’s no George Fernandes in the NDA,” rued a Janata Dal-United leader, remembering that the legendary socialist was as compelling as Vajpayee and L K Advani in NDA-I.

A functionary of Ram Vilas Paswan’s Lok Janshakti Party says the allies are irrelevant, as the BJP commands an independent majority in the Lok Sabha.

He said in the NDA meetings he attended, BJP representatives avoid discussing economic issues. “Whenever an ally raised something, they moved to another subject. They are willing to talk about issues like Aligarh Muslim University’s minority status or a common civil code but the economy’s a no-no,” he disclosed.

The allies’ disquiet arises as much from the new goods and services tax regime as the state of the information technology industry and the micro, small and medium enterprises, as well as agrarian “distress”.

“If we have to offset GST’s negatives, we have to incentivise labour-intensive exports and stop exporting our taxes. How is an exporter to get his taxes reimbursed? If this continues, our exports will become non-competitive,” a leader rued.

The last GST Council meeting, however, provided some relief to exporters by asking officials to process their refund cheques for July from October 10, and for those for August from October.

Rammohan Naidu, the Lok Sabha member from Srikakulam and TDP general secretary, felt after demonetisation and the GST rollout, the Centre should focus only on facilitating ease of business for MSMEs.

“The large industries have adjusted. The MSMEs that are part of Andhra Pradesh’s new rural economy are fumbling. They have old methods of doing business,” he said.

Sanjay Raut, a Rajya Sabha member and the Sena’s spokesperson, spoke of job losses in Pune’s IT sector as the “biggest problem”.

“Maharashtra has borne the brunt of the economic decline. The IT job cuts have had a ripple effect on other areas,” he said.

Over three years into the Modi government, the allies realise their scope to leverage their numbers in Parliament vis-à-vis the BJP is seriously limited. A reason why the idea of banding into a pressure group has not occurred.

The Shiromani Akali Dal and the TDP have a working relationship, courtesy Rajya Sabha members Naresh Gujral and Y S Chowdary, respectively, but the rest work solo, when they have to.

The Akalis, their clout vastly diminished after losing Punjab, hope Gujral’s nomination as chairman of the parliamentary standing committee on commerce will foreground their GST anxieties.

“Our priorities are ensuring full employment, making AP power-surplus, reopening small industries, plugging leakages and focusing on agriculture and aquaculture. Macro economics is secondary because we need all the help the Centre can provide,” he said.

The JD-U, newest NDA entrant, is preoccupied with rationalising its truce with the BJP to agonise over economics.

“We are part of a coalition, we have a perspective on GST and demonetisation, we supported these moves and we do not seek consultations,” stated Rajya Sabha member Bashistha Narain Singh.

That has left the Shiv Sena as a voice in the wilderness, determined to shout but also adamant to remain in the NDA.

Raut said his party was one of the founders of the coalition and “NDA is not anyone’s property”. 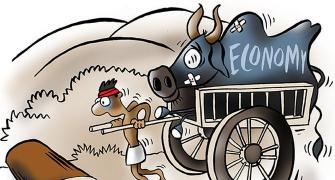 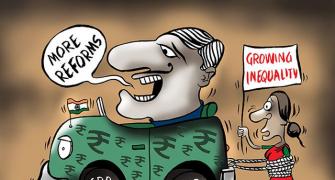 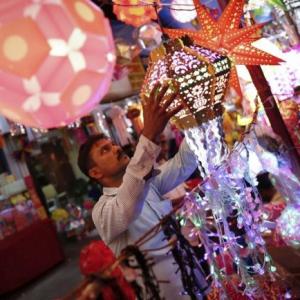