Sops India Inc is giving to woo back labour

Chief executives in the real estate, consumer products, automobiles, construction, and textile sectors said they were all expecting workers to re-join in the next 45-60 days, which would help them ramp-up production from July. The return of workers is important for firms to get production back on track, which fell to record lows in April and May.

Chief executives in the real estate, consumer products, automobiles, construction, and textile sectors said they were all expecting workers to re-join in the next 45-60 days, which would help them ramp-up production from July.

“Labour is among the biggest problem faced by vendors and, as a result, our supply chain is getting impacted.

"If vendors don’t produce, we too cannot produce as every component is critical to assemble a car,” said R C Bhargava, chairman of Maruti Suzuki India.

The company has also posted staff and other senior executives at multiple locations such as Ranchi, Howrah, and Darbangha to onboard workers again, offering incentives.

“Many of them know L&T provides good labour camps and transportation.

"The psychology of fear is acting as a hindrance, which we need to overcome,” he added.

The firm has made videos, apps, and taken measures to showcase what they are offering in terms of security.

Subrahmanyan is hopeful of having his workforce back to 230,000 in the next 40 days.

Some consumer products makers such as Dabur, Parle Products, and PepsiCo have turned to local people in the absence of migrant labourers.

Dabur, for instance, has transportation service for workers to and from its 11 manufacturing sites.

Housing has been provided for some workers near manufacturing plants.

“In addition, Dabur is also providing medical cover to all employees on its rolls, so they can feel protected in the event of a health concern,” says Mohit Malhotra, CEO of Dabur India.

Most firms, such as Nestlé, Marico, and HUL have also extended health benefits to workers, over the last two months.

Companies like Parle Products turned to local workers whenever it faced any shortage.

“Things have started improving after May 20. Labourers are returning by themselves, because of social security schemes, and as such we aren’t facing any problem,” said Mayank Shah, category head at Parle Products.

CEOs of realty firms are making special efforts to get labourers back to work sites.

“Our workers already have separate facilities as housing, and we follow the best practices within the industry.

Kamal Khetan, chairman and MD of Suntech Realty, said the company usually employs 2,000 workers at its plants, of which 800 have left for home.

“Our labour contractors are talking to our workers who left and we expect them to be back within 45 days,” he said.

CEOs of textile companies said that post-COVID, they will fast localise their labour workforce.

Sivaramakrishnan Ganapathi, MD of Gokaldas Exports, said  the firm is not dependent on migrant labourers.

“Migrant workers need hostel facilities to stay, and when they go to their hometowns for some function, they don’t return for a month.

"We have focused on people who live in and around the factory. To that extent, we are dependent on local labour,” he said.

The company, which employs 26,000 people, is working with the Karnataka government for arranging passes to bring them back to Bengaluru.

“We are getting 40-45 per cent attendance at present. Once the cap is lifted, we will struggle to get workers unless and until transportation is in place,” he added.

Gokaldas’ performance is closely dependent on its key customers in North America and Europe.

An early recovery in sentiment will minimise the impact.

“During the lockdown, DICV ensured all employees, including line workers, received full salary.

"Thanks to this and our comprehensive health and safety support, most of our workforce remained in Tamil Nadu.

"For the few that had to leave, we have offered full transportation support for returning employees,” said a company spokesperson. 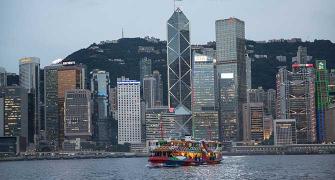