The market is abuzz with speculation that the sale is an indicator of his pulling out of the company. Poddar is also the joint promoter and has been associated with the company for nearly 25 years. His holding, after the sale, is around 7 per cent.

"There is no such plan to sell off my remaining holding, " he said, adding that he would continue to be the chairman.

Industry old timers said the Poddar group had entered into a technical and financial collaboration with Singer Company of the US in 1980s for manufacturing sewing machines and other small domestic appliances in India with marketing support from Singer India.

Singer India was initially marketing the indigenously produced sewing machines  under the trade mark  Merritt - owned and locally registered by The Singer Company, US. Poddar is the chairman of Singer India and is a board member of the parent company. Poddar is also the chairman of the strategic committee of the board.

Singer India was incorporated in the 19th century by The Singer Company, US, in Mumbai as Indian Sewing Machines. In 1977, it started carrying on its business in India as a separate entity.

The company has a collaboration with Singer NV of Netherlands, which holds over 62 per cent stake on March 31, 2004. The company diversified into household appliances such as TVs, washing machines, cooking ranges, food processors and vacuum cleaners in 1984.

Two years later, it came out with an indigenous model of an automatic sewing machine for fashion designing.

In 2000-01, the company expanded the range of products in the refrigerators, colour televisions and food processors segments. The company introduced imported models of Zig Zag sewing machines in 2003-04 and also introduced industrial sewing machines.
Kausik Datta in Mumbai
Source: 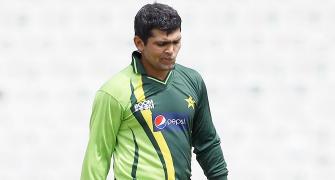