The country's largest lender, State Bank of India (SBI), ruled out the possibility of cutting its minimum lending rate or base rate, saying it was the lowest in the market. 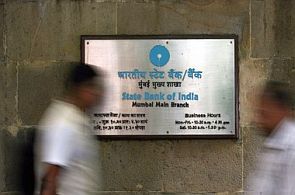 "We are already at the lowest. We are at 9.7 per cent (base rate). Other banks have been asked (by Finance Minister P Chidambaram) to come to SBI level," bank Chairman Pratip Chaudhuri said.

Earlier on Wednesday, after a meeting with heads of public sector lenders, Chidambaram said he had suggested the banks consider reducing lending rates to stimulate credit growth.

"I have impressed upon the bankers...the Reserve Bank of India has cut its policy rates by 125 basis points and some part of this must indeed be passed on to the borrowers," Chidambaram said.

Room to pass on the rate cuts to consumers is restricted because provisioning requirements have increased by about 50 basis points after new norms and the cost of money has risen by 40 or 50 basis points, he said.

"Nevertheless, all of them assured me that during this month - in the month of July - they will review their base rates and they will take appropriate decision on cutting the base rate," Chidambaram said.

A cut in the base rate would be a powerful booster for the economy and a powerful stimulus to credit growth, he added.

SBI is very comfortable on the liquidity situation, Chaudhuri said.

"I am having 50,000 crore (Rs 500 billion) of excess liquidity," he said.
Source: PTI© Copyright 2022 PTI. All rights reserved. Republication or redistribution of PTI content, including by framing or similar means, is expressly prohibited without the prior written consent.
Related News: Pratip Chaudhuri, State Bank of India, Reserve Bank of India, Chidambaram
Print this article 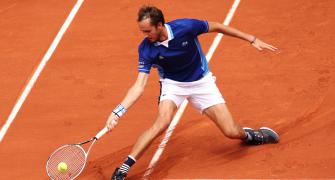